LVM is an abbreviation of Logical Volume Manager (Logical Volume Management), which connects several disks or disk partitions into a single block volume group to form a storage pool.Administrators can arbitrarily create logical volumes on volume groups and further create file systems on logical volumes.Administrators can easily adjust the size of storage volume groups through LVM, and can name, manage, and assign disk storage in a group manner.

1. How many partitions does Linux need to create?
Installing Linux requires only two basic partitions, the root partition and the swap partition. If you have enough disk space, you can partition more space into the root partition. You can also create new directories to your desktop, such as downloaded software packages, which will not affect your speed of entering the Linux system. Of course, this requires you to have a large root partition.

Physical Volume
Physical volumes are disks, partitions, or devices (such as RAIDs) that logically share the same functionality as disk partitions. They are the basic storage logic blocks of LVM, but they contain management parameters related to LVM when compared with basic physical storage media (such as partitions, disks, etc.).The current LVM allows you to save between 0 and 2 copies of metadata for each physical volume. The default is 1, which is saved at the beginning of the device. At 2, the second backup is saved at the end of the device.

Logical Volume
LVM's logical volumes are similar to hard disk partitions in non-LVM systems, on which file systems (such as/home or/usr) can be built. 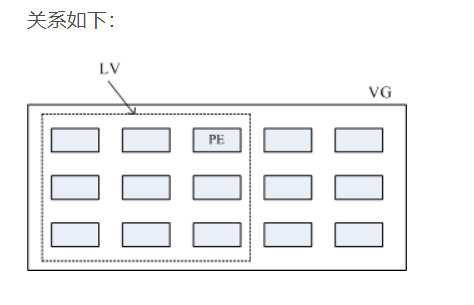 Note: The sum of the number of disk partitions, base partitions, and extended partitions cannot be greater than 4

Check to see if the system has LVM:rpm-qa | grep LVM installed

If the command does not output, the LVM management tool is not installed, then you need to download the LVM rpm toolkit from the network or from a CD-ROM. 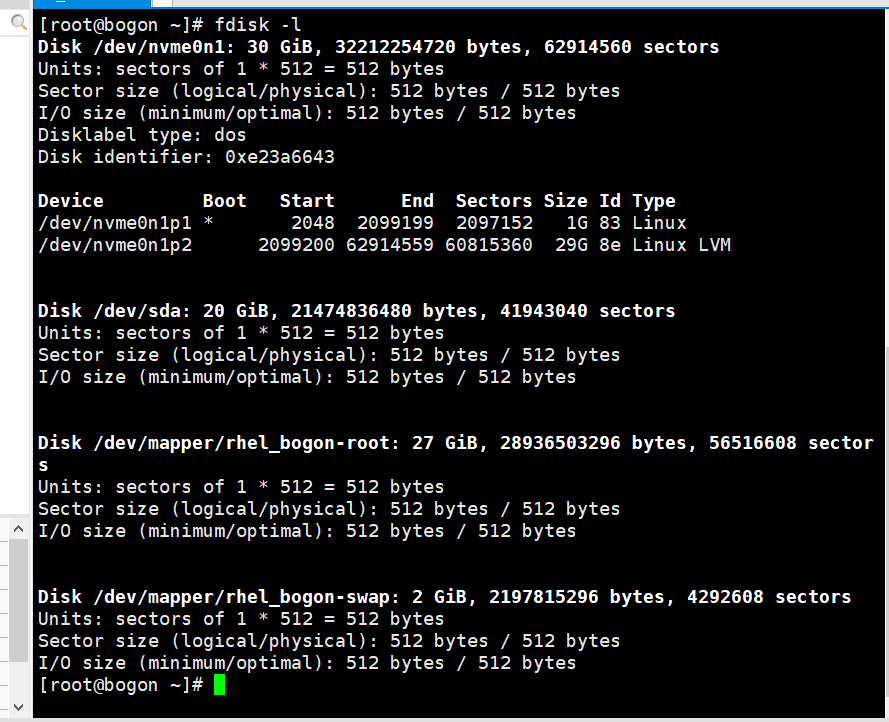 The start and end represent the sector location where the partition begins and ends.
blocks: Represents information about a block that has multiple sectors in it.
Id: Indicates the disk number 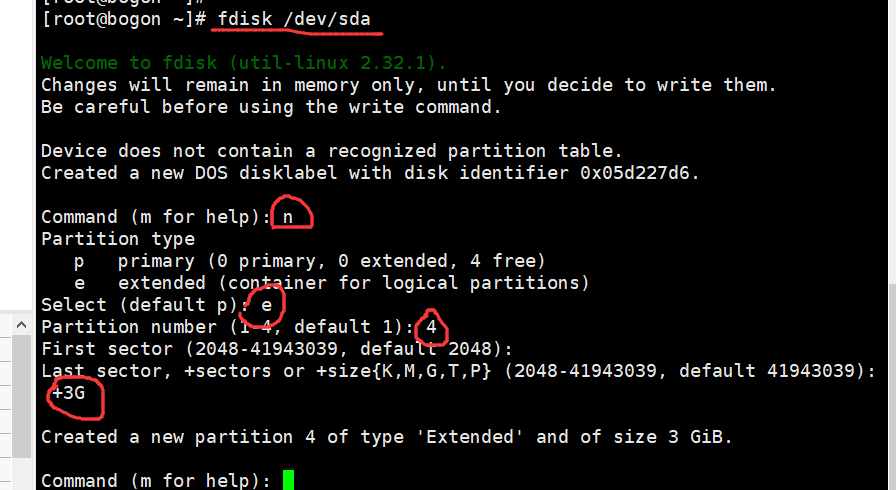 Vgcreate [-s xM] vgName/dev/sd...Create a new vg, -s followed by the size of pe, in M, G, you can put more than one pv
Commands for vg:

Create a vgqjc and view: 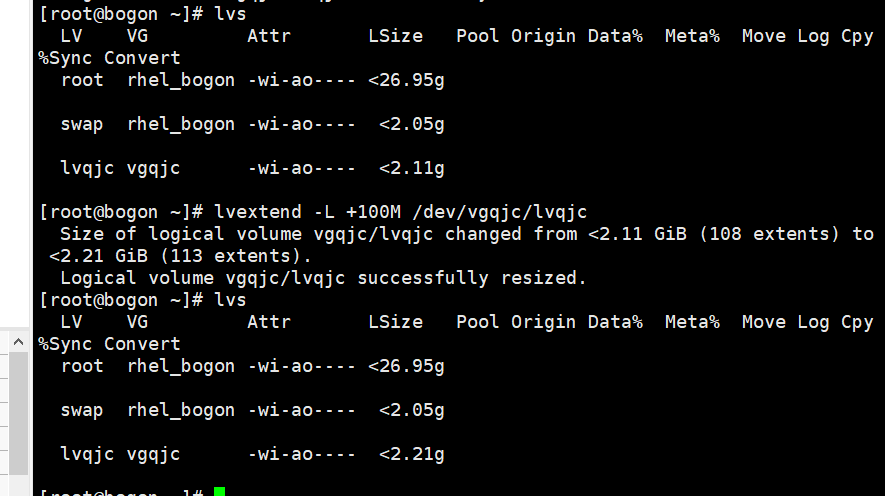 Looking at the actual disk capacity, it is found that it has not changed and the file system needs to be expanded 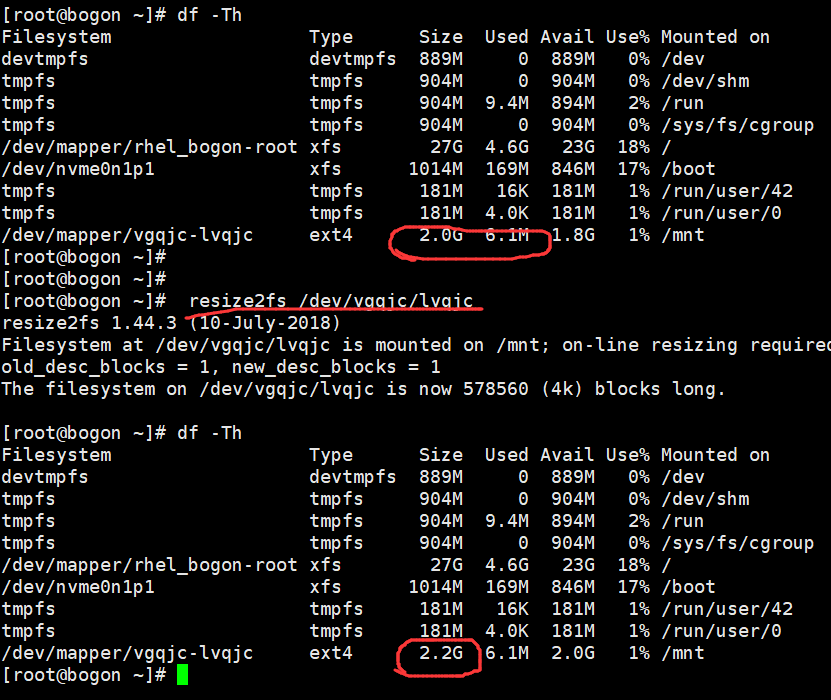 Resize2fs/dev/vgtest/lvtest Update the size of the file system, that is, activate

If you want to remove the LVM completely, you need to reverse the steps you created. 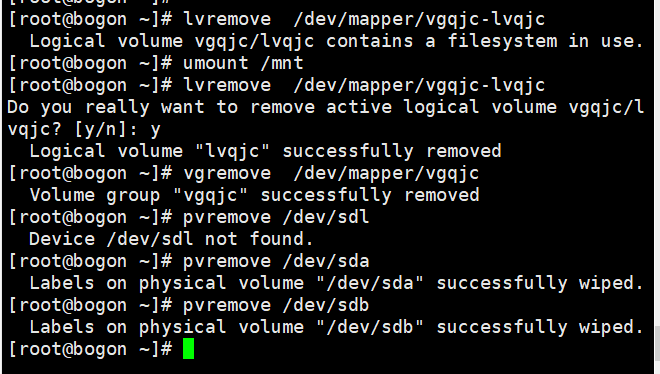