1. What is process communication

A process is an independent resource allocation unit. Resources between different processes (processes mentioned here usually refer to user processes) are independent and have no association. Resources of another process cannot be accessed directly in one process. However, processes are not isolated. Different processes need information interaction and state transmission, so Inter Processes Communication (IPC) is required.

1. Data transmission: one process needs to send its data to another process

2. Notification event: a process needs to send a message to another process or group of processes to notify them of something (for example, the parent process needs to be notified when the child process terminates)

4. Process control: some processes want to fully control the operation of another process (such as DEBUG). At this time, the control process wants to be able to intercept all traps and exceptions of another process. 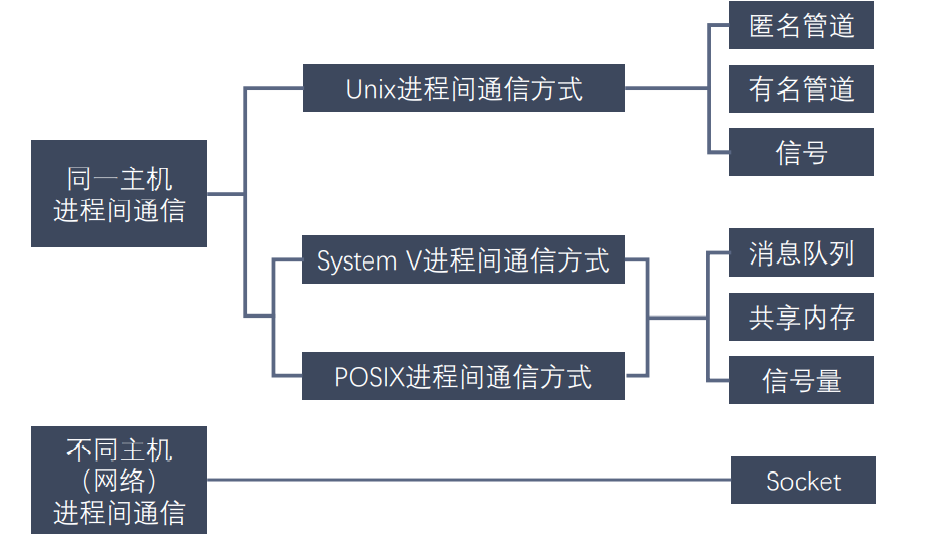 Pipe is also called anonymous pipe. It is the oldest form of IPC (interprocess communication) in UNIX system. All UNIX systems support this communication mechanism. The command to count the number of files in a directory: ls | wc – l. in order to execute this command, the shell creates two processes to execute ls and wc respectively.

1. The pipeline is actually a buffer maintained in the kernel memory. The storage capacity of this buffer is limited, and the size of different operating systems is not necessarily the same.

3. A pipeline is a byte stream. When using the pipeline, there is no concept of message or message boundary. The process reading data from the pipeline can read data blocks of any size, regardless of the size of the data blocks written to the pipeline by the writing process.

7. Anonymous pipes can only be used between processes with common ancestors (parent and child processes, or two brother processes, which are related).

8. The data structure of the pipeline is a logical ring queue, which is operated by read pointer and write pointer 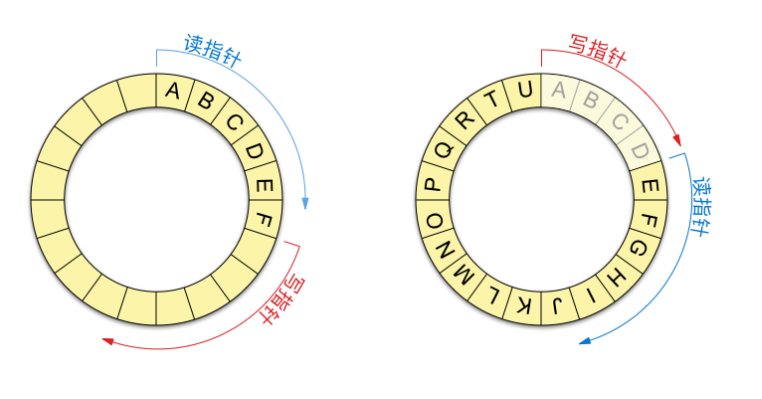 3. If the readers are closed (the reference count of the pipeline reader is 0), and a process writes data to the pipeline, the process will receive the signal SIGPIPE, which usually leads to the abnormal termination of the process

4. If the reader is not fully closed (the reference count of the pipeline reader is greater than 0), the write data will be blocked until the reader reads the data