TCP/IP protocol: TCP stands for transmission control protocol. IP stands for internet protocol. At present, there are two versions of IP, namely IPv4 and IPv6. IPv4 uses 32-bit address and IPv6 uses 128 bit address. The TCP/IP layers and protocols used are shown in the figure below:

IP protocol is used to send / receive data packets between IP hosts, but IP protocol is not a reliable protocol. Reliability is realized on the IP layer.

A host is a computer or device that supports the TCP/IP protocol. Each host is identified by a 32-bit IP address. The 32-bit IP address number is usually represented by dot notation. The IP address is divided into two parts: NetworkID field and HostID field. According to the division, IP addresses are divided into A~E classes. Different classes have different host numbers and network numbers.

IP packets include IP header, sender's IP address, receiver's IP address, data, total length of packets, whether packets use TCP or UDP, time to live (TTL) count, checksum of error detection, etc. The maximum size of each IP packet is 64KB. The specific format is shown in the figure below

Router is a special IP host that receives and forwards data packets. If the IP host is far away, it needs to use router to forward data packets. Each IP packet has an 8-bit time to live (TTL) count in the 1P header, with a maximum value of 255. On each router, the TTL is reduced by 1. If the TTL is reduced to 0 and the packet still does not reach its destination, it will be discarded directly.

UDP: user datagram protocol, which runs on IP and is used to send / receive datagrams. UDP does not guarantee reliability. The protocol we commonly use for the ping command is UDP.

On each host, multiple applications (processes) can use TCP/UDP at the same time. Each application is uniquely identified by three components: application = (host IP, protocol, port number), the protocol is TCP or UDP, and the port number is the only unsigned integer assigned to the application. To use UDP or TCP, an application (process) must first select or obtain a port number. The following figure shows the default port number for common applications

Computers can use large endian or small endian. On the Internet, data is always arranged in network order, that is, big end. Some library functions, such as htons(), htonl(), ntohs(), ntohl(), can convert data between host order and network order. 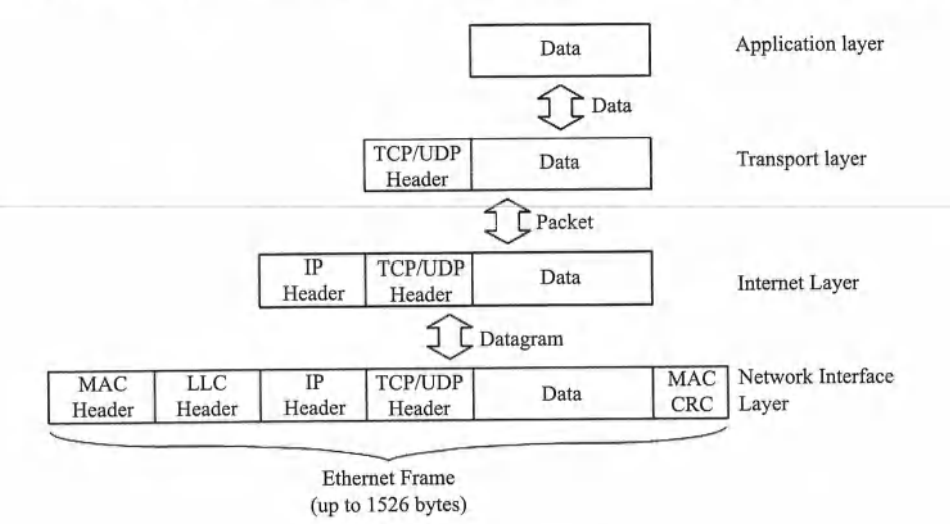 After creating the socket and binding it to the server address, the TCP server uses listen() and acccpt() to receive the connection from the client

After the connection is established, both TCP hosts can send data using send()/write() and receive data using recv()/read().

If the server and client are running on different hosts, and the server port number is assigned by the operating system kernel, you need to know the host name or IP address of the server and its port number. If a computer is running TCP/IP, its host name is usually recorded in the / etc/hosts file. The library function gethostname(char *name, sizeof(name)) returns the host name string of the computer in the name array. Struct host * gethostbyname (void * addr, socklen_t len, int type) can be used to obtain the full name and IP address of the computer.

Run the UDP echo server client program on the book

But the running results are different from those in the book

Run two programs at two terminals, but always run halfway. The server stops when it receives datagrams, and the client is stuck in the middle. The reason has not been found yet. It may also be my operation problem.

Some knowledge of network programming, such as TCP/IP structure, UDP protocol, datagram, etc., were learned in computer network last semester, but this time we need to program it. I think it's still a little difficult. In particular, I learned the discrimination methods of pointer function and function pointer last class. I still feel a little confused, so it is a little difficult to understand some library functions. But I'm also learning with some materials. Hope to deepen the understanding of network programming.