Recently, the sweeper decided to integrate the design mode learned at the beginning of the year. First, it is used for review and consolidation. Second, he also hopes to encourage his integration with students in need.

In the course of learning, the main reference of the sweeper is the related notes of the official account of "dime technology". I would like to express my heartfelt thanks to these writers and floor sweepers.

Definition: use sharing technology to effectively support a large number of fine-grained objects.

The meta model requires fine-grained objects, which will lead to a large number of objects with similar properties. Therefore, we divide the object information into two parts: internal state and external state:

In a system, objects will occupy too much memory, especially those with a large number of repeated objects, which is a great waste of system resources. Sharing meta pattern provides a solution for object reuse, which uses sharing technology to reuse the same or similar objects. Sharing meta pattern is to run sharing technology to effectively support the reuse of a large number of fine-grained objects. The system uses a small number of objects, which are similar and have small state changes, so it can realize multiple reuse of objects. Here's a point to note: the shared meta pattern requires that the objects that can be shared must be fine-grained objects. Sharing mode greatly reduces the number of objects in the system through sharing technology. At the same time, sharing mode uses internal state and external state. At the same time, the external state is relatively independent and will not affect the internal state. Therefore, sharing mode can enable sharing objects to be shared in different environments. At the same time, it is divided into internal state and external state. The meta sharing mode will make the system more complex, and it will also lead to a long time to read the external state. Shared meta mode can solve the problem of memory waste of duplicate objects. When there are a large number of similar objects in the system and a buffer pool is required. Instead of always creating objects, you can take them from the buffer pool. This can reduce system memory and improve efficiency. 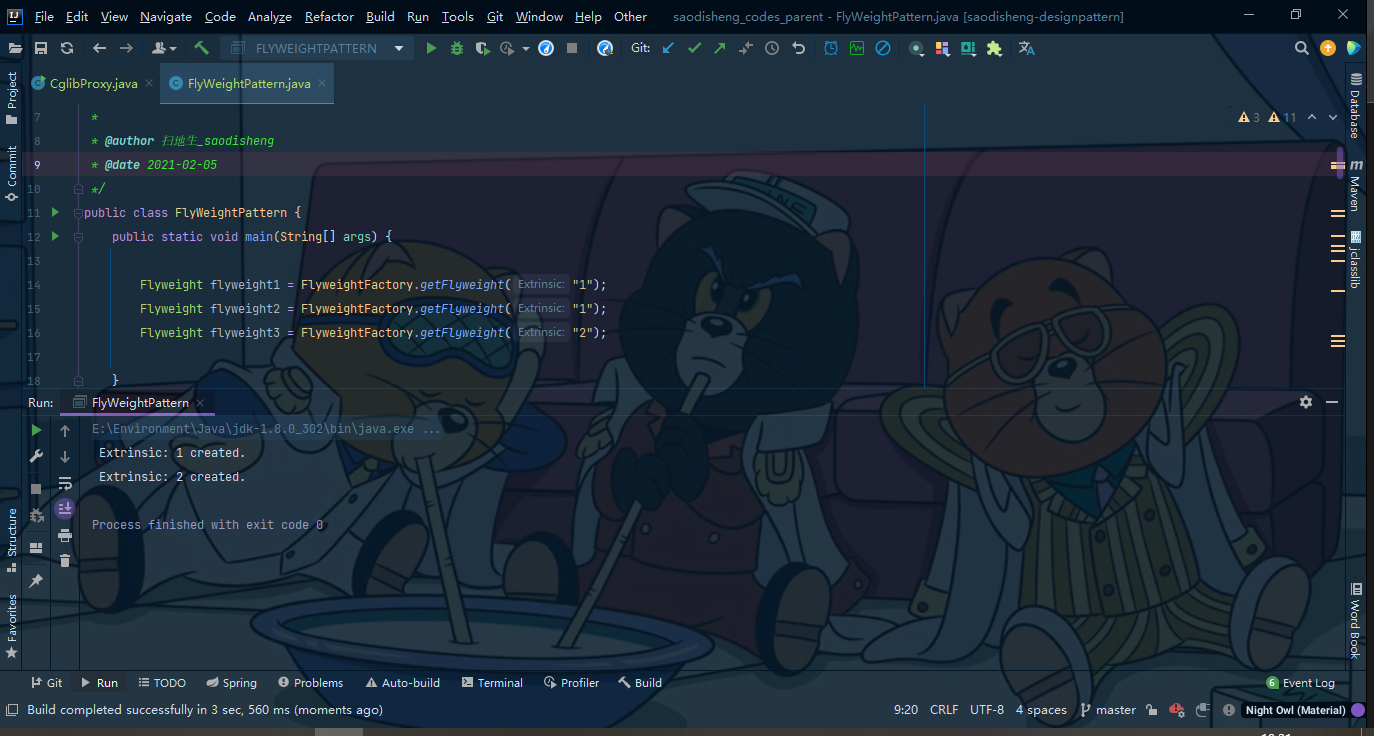 The results show that the external status of 1 is created only once.

Advantages: if the system has a large number of similar objects, it can save a lot of memory and CPU resources.

A scene in which there are a large number of similar objects in a system and a buffer pool is required. Instead of creating a new object all the time, you can get it directly from the buffer pool. This can reduce system memory and improve efficiency.

Definition: provide a consistent interface for a group of interfaces in the subsystem. The Facade pattern defines a high-level interface, which makes the subsystem easier to use.

By creating a unified appearance class to wrap one or more complex classes in the subsystem, the client can call all methods in the internal subsystem by calling the methods of the appearance class. 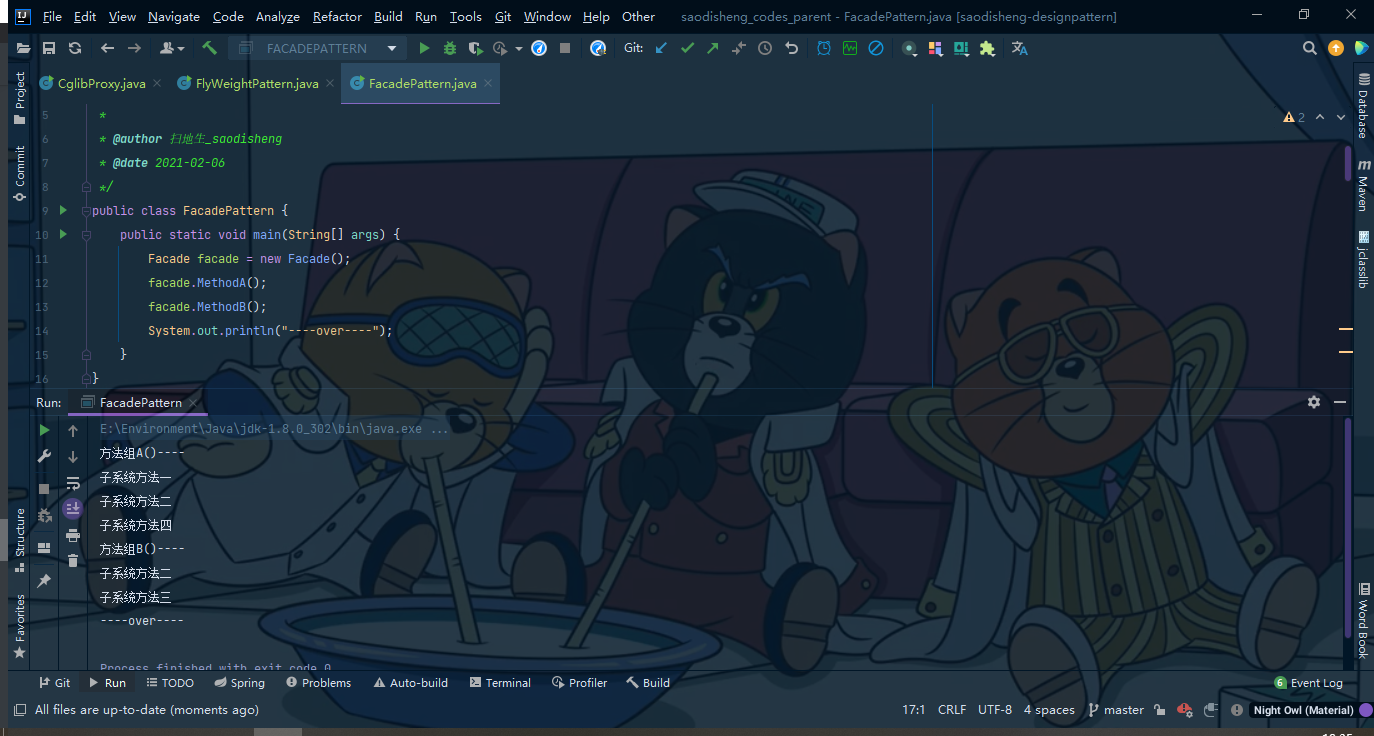 Disadvantages: it does not conform to the opening and closing principle - when the appearance is not abstracted, if a new subsystem needs to be added, the Facade needs to be modified

Definition: separate the abstract part from its implementation part so that they can change independently. It is implemented by replacing inheritance relationship with composition relationship, which reduces the coupling between abstraction and implementation.

If a system can be classified from multiple angles, and each classification may change, what we need to do is to separate these angles, so that they can change independently and reduce the coupling between them. This separation process uses the bridge mode. The so-called bridge mode is to isolate the abstract part from the implementation part, so that they can change independently. The bridging mode transforms the inheritance relationship into association relationship, encapsulates the change, completes the decoupling, reduces the number of classes in the system and the amount of code. 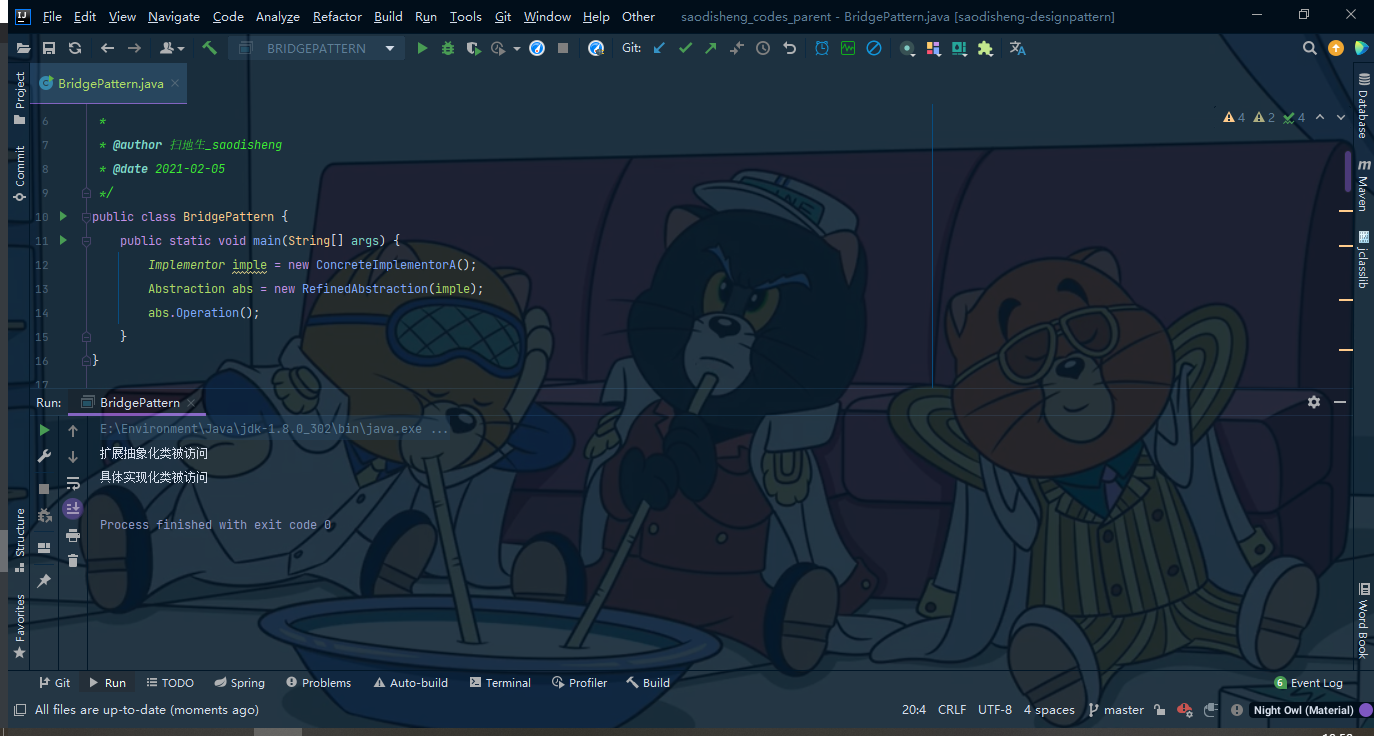 When there are many possible changes, inheritance will cause explosion and inflexible expansion

You can separate the abstract part from the implementation part, cancel the inheritance relationship between them, and use the combination relationship instead.

A company has developed a financial management system, in which there is a tool module of report generator. Customers can specify any report type, such as basic report, transaction report, fund report, asset report, etc., and can specify different report styles, such as pie chart, histogram, etc. The system designer designed the class diagram shown in the figure below for the structure of the report generator.

Later, during the customer's use, the customer wanted to add a new report and a new line graph. At this time, the developer found that the maintenance was very troublesome. After careful analysis, the designer found that there were serious problems, because adding a new report or graph required adding many subclasses. Therefore, the system analyst finally reconstructed the above scheme according to the object-oriented design principle. The reconstructed figure is as follows.

In this reconstruction scheme, the report and graphics are designed into two inheritance structures, both of which can be changed independently. When programming, you can only code for abstract classes, and then inject specific graphic subclass objects into specific report classes at run time. In this way, the system has good scalability and maintainability, and meets the opening and closing principle of object-oriented design principle. 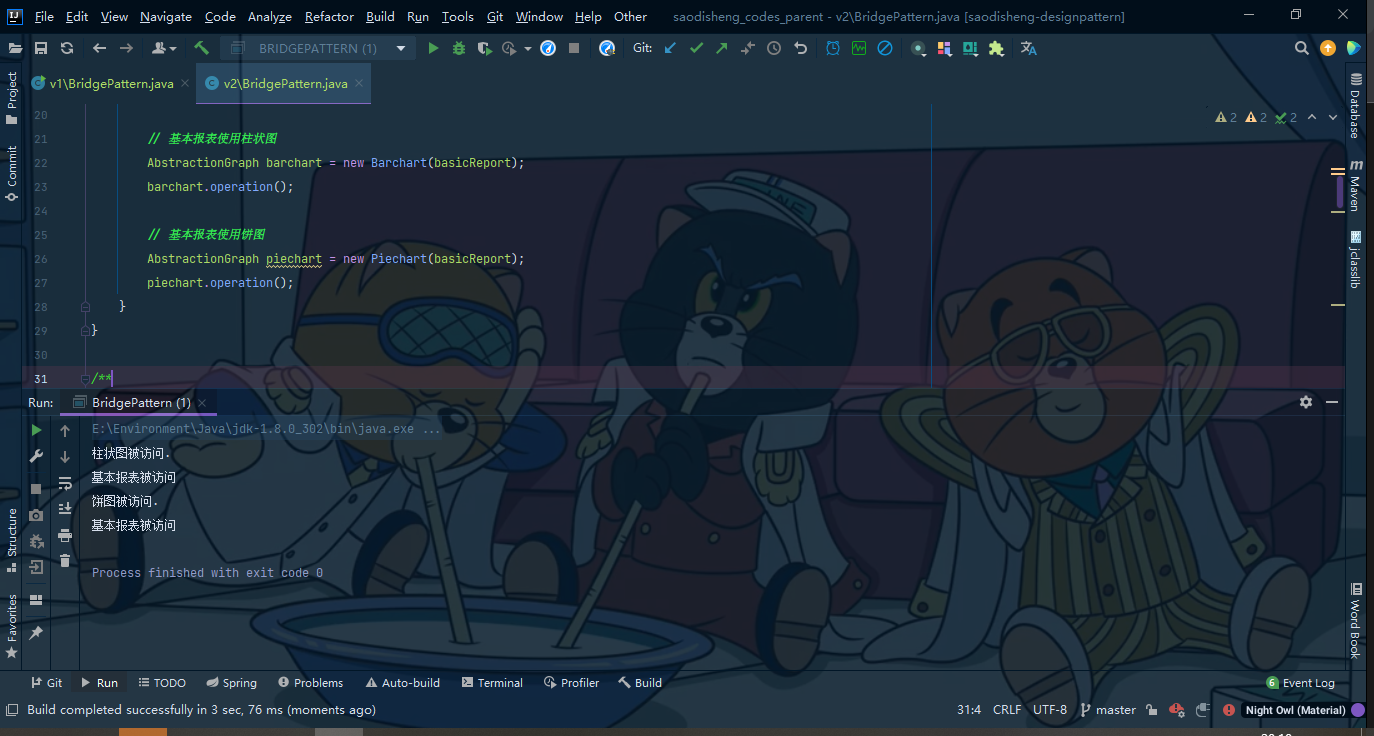 Disadvantages: because the aggregation relationship is based on the abstraction layer, developers are required to design and program for abstraction, and can correctly identify two independent changing dimensions in the system, which increases the difficulty of system understanding and design.

The bridging mode is generally applicable to the following scenarios:

A common usage scenario for bridging patterns is substitution inheritance. We know that inheritance has many advantages, such as abstraction, encapsulation, polymorphism, etc. the parent class encapsulates commonality and the subclass implements characteristics. Inheritance can well realize the function of code reuse (encapsulation), but this is also a major disadvantage of inheritance.