Tip: After the article is written, the catalog can be generated automatically, how to generate the help document to the right

This experiment uses KNN algorithm to recognize handwritten digits. For simplicity, only the digits 0 to 9 need to be recognized have been processed into the same color and size using graphics processing software: black and white image with 32 pixels wide and 32 pixels high, and converted into text format.

(2) Preparing data: Write the function classify0() to convert the image format to the List format used by the classifier;

(3) Test algorithm: Write function to use some of the provided datasets as test samples, test samples and areas of non-test samples

The difference is that the test sample is data that has been classified, and if the predicted classification is different from the actual category, it is marked as one 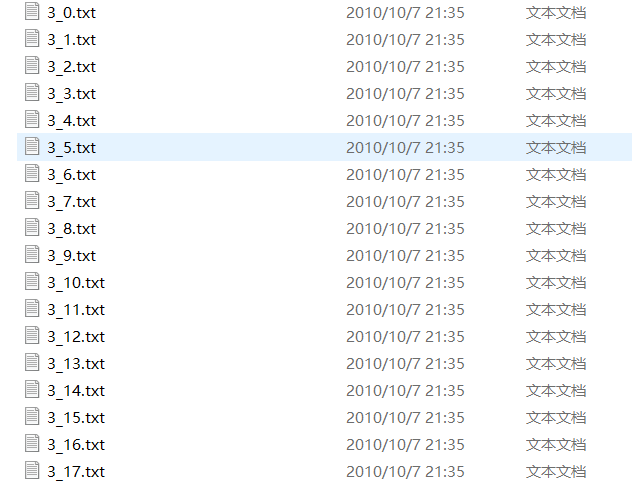 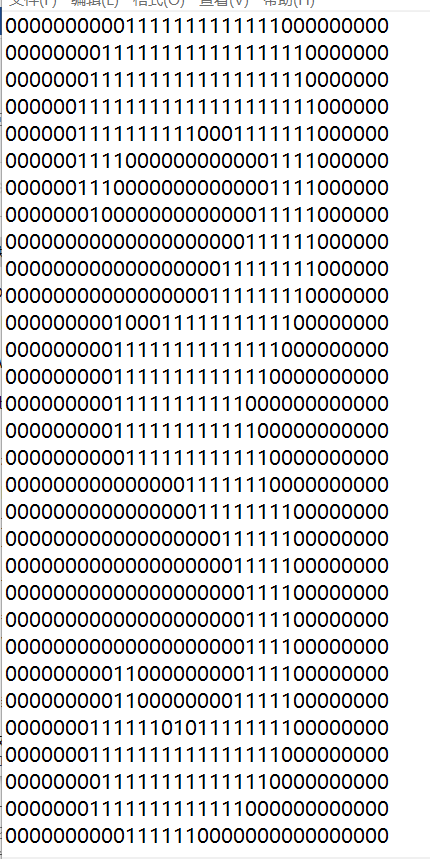 Format the image as a vector to convert each 32x32 binary image matrix to a vector of 1x1024. Write the function img2vector to convert the image to a vector: the function creates a Numpy array of 1X1024, opens the given file, reads out the first 32 lines of the file, stores the first 32 character values of each line in the Numpy array, and returns the data.

Store the contents of the files in the trainingDigits directory in a list, and you can get how many files are in the directory and store them in the variable m. Next, create a training matrix with 1024 columns in m rows, where each row of data stores an image. We can parse the classification number from the file name. For example, 9_45.txt has a classification of 9, which is a number 9.The 45th instance. Then we can store the class code in the hwLabels vector and use the img2vector function to load the image. Then we do a similar operation on the files in the testDigits directory, except that instead of loading the files in this directory into the matrix, we use the classify0() function to test each file in that directory.

When K=3, the accuracy rate of 946 numbers tested was 98.94%, only 10 numbers predicted incorrectly and the accuracy rate was high, but the running efficiency was low, reaching 24 seconds. Because each test data had to be calculated from 1934 training data, and each calculation contained 1024 dimension floating point operations, the main reason for the inefficiency of this experiment was the high number of multidimensional calculations.. 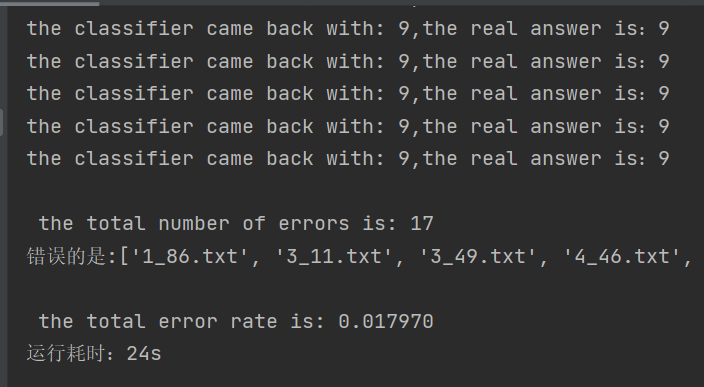 The error rate rises to 1.8% when K becomes 5, so a relative K=3 is appropriate.

In practice, the K value usually takes a smaller value, such as choosing the optimal K value by using cross-validation (simply, dividing the training data into two groups: training set and validation set).

Ten data were extracted from the test sample set and validated: 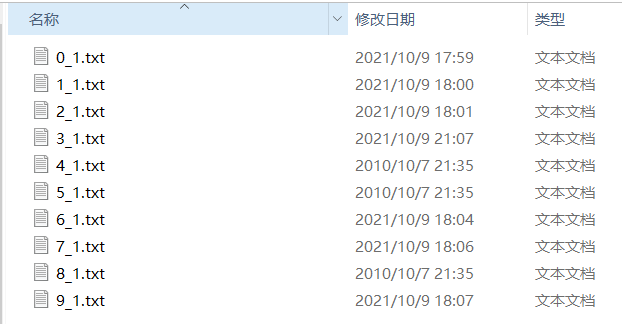 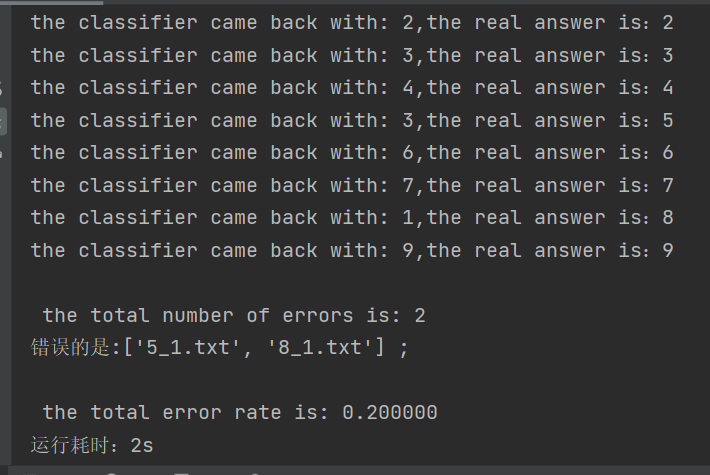 Two out of 10 test results are wrong. The text file for observing prediction errors is as follows:

The preparation of data is therefore considered important, as is the accuracy of functions that convert image data to text data for handwritten number recognition using the K-Nearest Neighbor algorithm.

2. No training required, the training time complexity is 0;

3. Insensitive to outliers (individual noise data has little effect on the results).

If the total number is N, the classification time complexity is O(N).

2. Memory consumption: All datasets must be saved;

4. No intrinsic meaning of any data can be given.