2 Research on the architecture of JVM 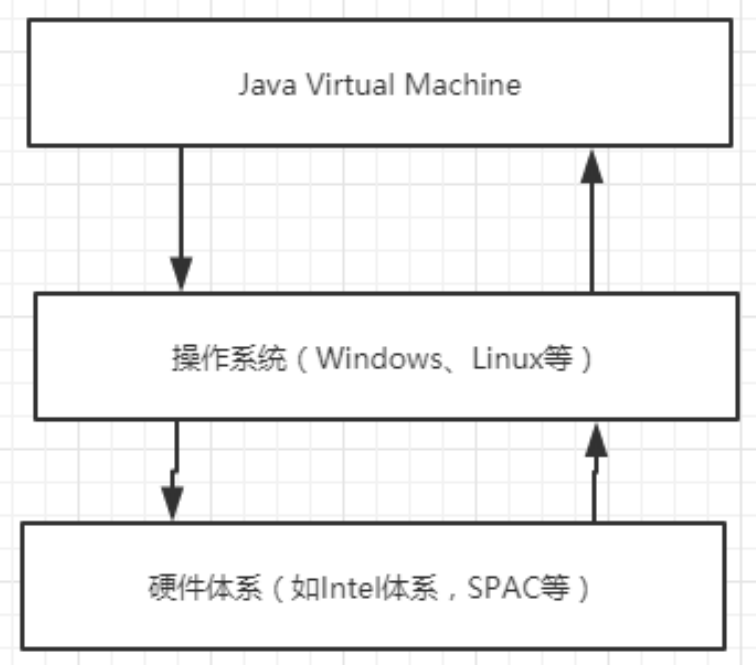 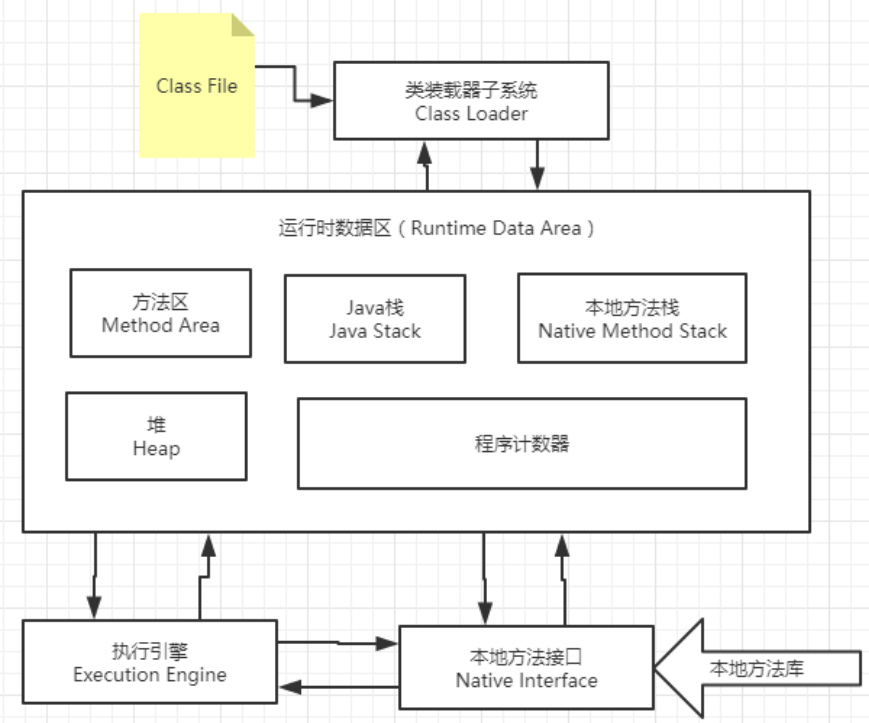 However, the steps in the loading process are as follows:

When the value of a constant can not be determined during compilation, its value will not be placed in the constant pool of the calling class. This will lead to the active use of the class where the constant is located when the program is running, which will obviously lead to the initialization of this class.

By default, String is loaded by starting the class loader. Customize a String:

It is found that the custom String can be compiled normally, but can never be loaded and run.
This is because when applying for custom String loading, the class loader is always started instead of the custom loader, and it will not be any other loader.
The parental delegation mechanism can ensure that the classes provided by the Java core class library * * will not be replaced by custom classes * *.

For those with the native keyword, it indicates that the scope of java cannot be reached. Call the library of the underlying C language!
JNI: Java Native Interface
All methods with the native keyword will enter the local method stack;
Native Method Stack
The function of local interface is to integrate different programming languages for Java. Its original intention is to integrate C/C + + programs. Java was born
When C/C + + runs rampant, if you want to have a foothold, you must have a program calling C and C + +, so you have opened up a special area processing mark in memory
For the code marked as native, its specific method is to register the native method in the Native Method Stack and
Engine) load native libraries when the engine executes.
At present, this method is used less and less, except for hardware related applications, such as driving printers or Java systems through Java programs
Managing production equipment is rare in enterprise applications. Because the communication between heterogeneous domains is very developed, for example, it can be used
Socket communication and Web Service can also be used. I won't introduce more

Program counter: Program Counter Register
Each thread has a program counter, which is thread private.
Program counter is a small memory space, which can be regarded as the line number indicator of bytecode executed by the current thread. In the conceptual model of virtual machine, the bytecode interpreter works by changing the value of this counter to select the next bytecode instruction to be executed. The basic functions such as branch, loop, jump, exception handling and thread recovery all need to rely on this counter. Is a very small memory space, almost negligible. 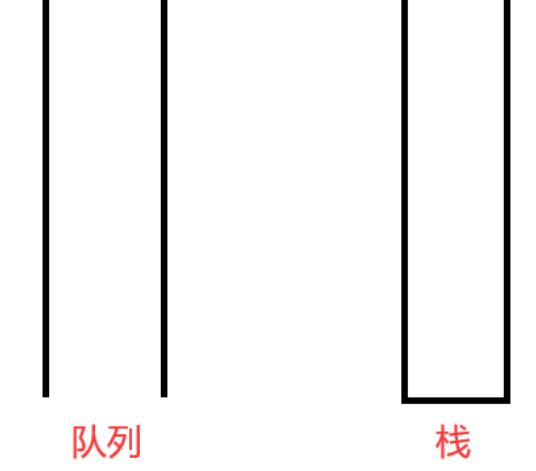 Stack manager running
Store some basic type values, object references, methods, etc.
The advantage of stack is that the access speed is faster than heap, second only to register, and stack data can be shared.
Think about why the main method was last executed! Why does a test() method continue to use the main method after its execution! 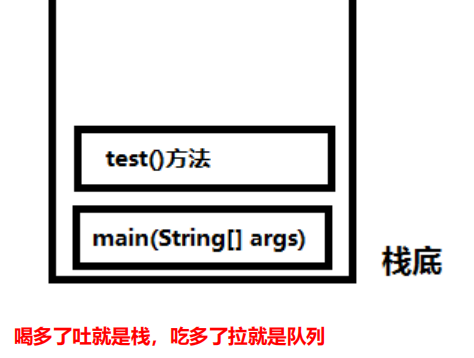 The stack is unique to each thread. Each time a function is called, the stack grows downward and pops up after the call. The stack of the main function cannot overlap with the stack of other functions, because the main thread ends when the main function comes out of the stack. Even if there are other threads running, other threads have their own stack and will not affect each other.
explain:
1. Stack is also called stack memory. It is in charge of the operation of Java programs. It is created when threads are created. Its life cycle follows the life cycle of threads
When the stack is finished, the memory is released.
2. For the stack, there is no garbage collection problem. As long as the thread ends, the stack will Over. The life cycle is consistent with the thread and is a thread
Private.
3. Calling the method itself will lead to stack overflow (recursive dead loop test)

The constituent element of Java stack - stack frame
Stack frame is a data structure used to help virtual machines execute method calls and method execution. It is independent of threads. A thread has its own
A stack frame of. It encapsulates the method's local variable table, dynamic link information, method return address, operand stack and other information.
The first method corresponds to the process of a stack frame from entering the stack to leaving the stack in the virtual machine stack from the beginning of the call to the completion of the execution.
When A method A is called, A stack frame F1 is generated and pushed into the stack. Method A calls method B, and A stack frame is generated
F2 is also pushed into the stack, and method B calls method C, so the stack frame F3 is also pushed into the stack... After execution, F3 pops up first,
Then pop up F2, pop up F1
Follow the principle of "first in first out" / "last in first out". 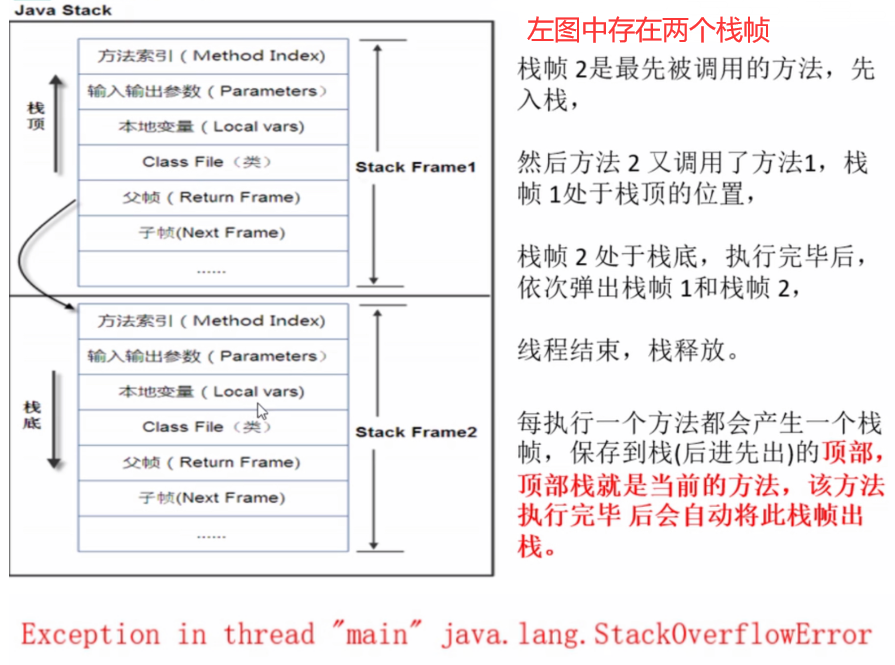 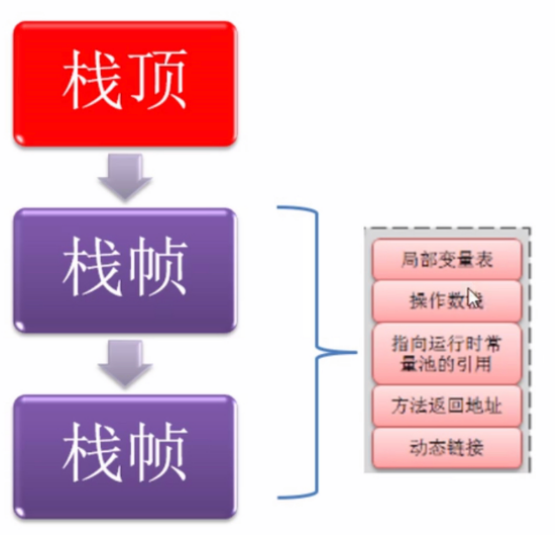 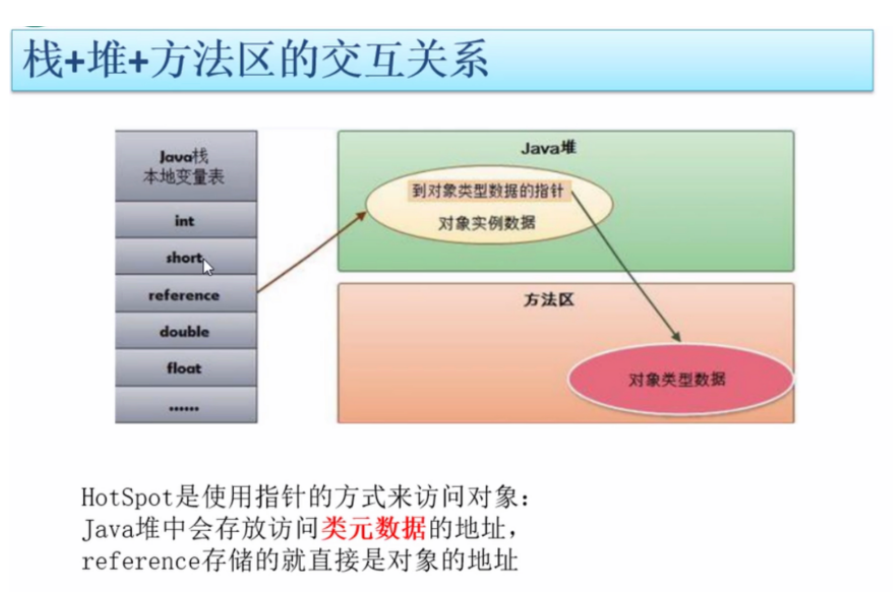 Before Java 7
Heap heap. There is only one heap memory in a JVM instance. The size of heap memory can be adjusted. After the class loader reads the class file, it needs to
To put classes, methods and constant variables into heap memory and save the real information of all reference types to facilitate the execution of the actuator, heap memory is divided into
Part III: 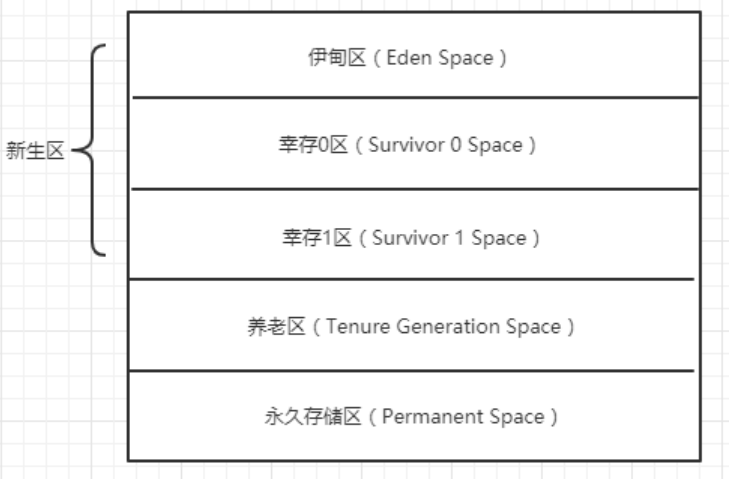 GC garbage collection is mainly in the new area and the old-age area, which is divided into light GC and heavy GC. If there is not enough memory or there is an endless loop, it will lead to java.lang.OutOfMemoryError: Java heap space

The new area is the area where classes are born, grow and die. A class is generated, applied, and finally collected by the garbage collector to end its life.
The new area is divided into two parts: Eden Space and Survivor Space. All classes are in Eden
There are two surviving areas: Zone 0 and zone 1. When the space in Eden runs out, the program needs to create objects and JVM garbage
The recycler will recycle the waste in Eden Park (Minor GC). Move the remaining objects in the garden of Eden to surviving zone 0. If surviving zone 0 also exists
When it is full, recycle the garbage in this area and move it to zone 1. What if zone 1 is also full? (here, zone 0 and zone 1 are mutually exclusive.)
(alternate process) and then move to the old-age care area. If the old-age care area is also full, a major GC (Full GC) will be generated at this time for old-age care
The memory of the pension area is cleaned up. If the pension area finds that the object cannot be saved after executing Full GC, an OOM exception will be generated
"OutOfMemoryError ".
If a java.lang.OutOfMemoryError: java heap space exception occurs, it indicates that the heap memory of the Java virtual machine is insufficient. Why
As follows:
1. The heap memory setting of the Java virtual machine is not enough. You can adjust it through the parameters - Xms (initial value size) and - Xmx (maximum size).
2. A large number of large objects are created in the code, and they cannot be collected by the garbage collector (there are referenced) or looped for a long time

For generational management, different algorithms are used in different regions:

Truth: after research, different objects have different life cycles. 98% of objects in Java are temporary objects.

After understanding the basic heap information, we can simply learn the instructions on heap memory tuning! We are based on HotSpot
Proposed, JDK1.8;
JDK1.7:

Set JVM tuning parameters in IDEA, and then start

Prove again that the meta space is not in the virtual machine, but uses local memory. 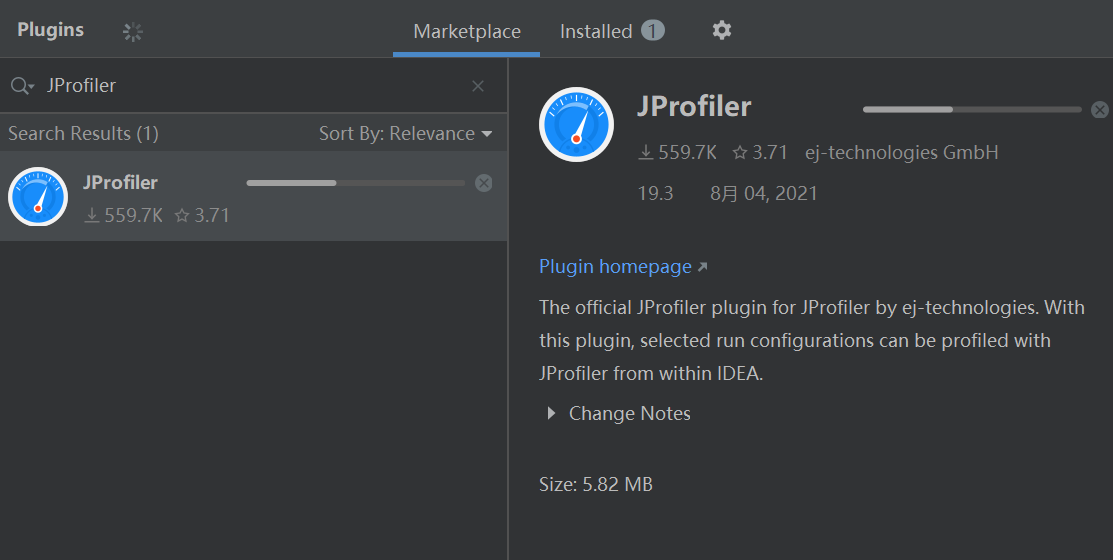 2. Install jpprofile monitoring software
Download address: https://www.ej-technologies.com/download/jprofiler/version_ ninety-two
3. Installation: installation path. It is recommended to select a path with no Chinese and no spaces in the file name, otherwise it will not be recognized. Then keep clicking Next
4. Registration code:
L-Larry_Lau@163.com#23874-hrwpdp1sh1wrn#0620
L-Larry_Lau@163.com#36573-fdkscp15axjj6#25257
L-Larry_Lau@163.com#5481-ucjn4a16rvd98#6038
L-Larry_Lau@163.com#99016-hli5ay1ylizjj#27215
L-Larry_Lau@163.com#40775-3wle0g1uin5c1#0674
5. Configure the IDEA running environment
Settings – Tools – JProflier – JProflier executable select JProfile to install the executable. (if only one version is installed in the system,
When you start IDEA, save is selected by default
6. Select the project you want to analyze and click the jpprofiler icon to start it. After startup, the jpprofiler window will pop up automatically, where you can monitor
Control your code performance.

Find java_pid21432.hprof and open it directly. Jpprofiler is used by default.

The core of the Java security model is the Java sandbox. What is a sandbox? Sandbox is an environment that restricts the running of programs. Sandbox mechanism is to limit java code to the specific running range of virtual machine (JVM) and strictly restrict the code's access to local system resources. Such measures can ensure the effective isolation of code and prevent damage to the local system. Sandboxes mainly restrict access to system resources. What are the system resources—— CPU, memory, file system, network. Different levels of sandboxes can have different restrictions on access to these resources.

All Java programs can specify sandboxes and customize security policies.