Multithreading has always been a difficulty in Java development and a frequent visitor in the interview. While there is still time, I intend to consolidate my knowledge of JUC. I think opportunities can be seen everywhere, but they are always reserved for those who are prepared. I hope we can all refuel!!!

Sink and float up. I think we will be different.

thread pool: a thread usage mode. The container maintained by the system to hold threads is shared by all AppDomain s controlled by the CLR. Thread pools can be used to perform tasks, send work items, process asynchronous I/O, wait on behalf of other threads, and process timers.

2) Why use thread pools?

The thread pool maintains multiple threads, waiting for the supervisor to assign concurrent tasks. This avoids the cost of creating and destroying threads when processing short-time tasks. Thread pool can not only ensure the full utilization of the kernel, but also prevent over scheduling.

[mandatory] thread resources must be provided through the thread pool. It is not allowed to create threads explicitly in the application.

Note: the advantage of using thread pool is to reduce the time spent on creating and destroying threads and the overhead of system resources, and solve the problem of insufficient resources. If the thread pool is not used, the system may create a large number of similar threads, resulting in memory consumption or "excessive switching".

Improve response speed: when the task arrives, the task can be executed immediately without waiting for thread creation.

Improve the manageability of threads: threads are scarce resources. If they are created without restrictions, they will not only consume system resources, but also reduce the stability of the system. Using thread pool can carry out unified allocation, tuning and monitoring.

The thread pool in Java is implemented through the Executor framework, which uses Executor, ExecutorService, ThreadPoolExecutor and other classes

In addition, Executors is a convenient tool class for encapsulation. However, it is not recommended 😂 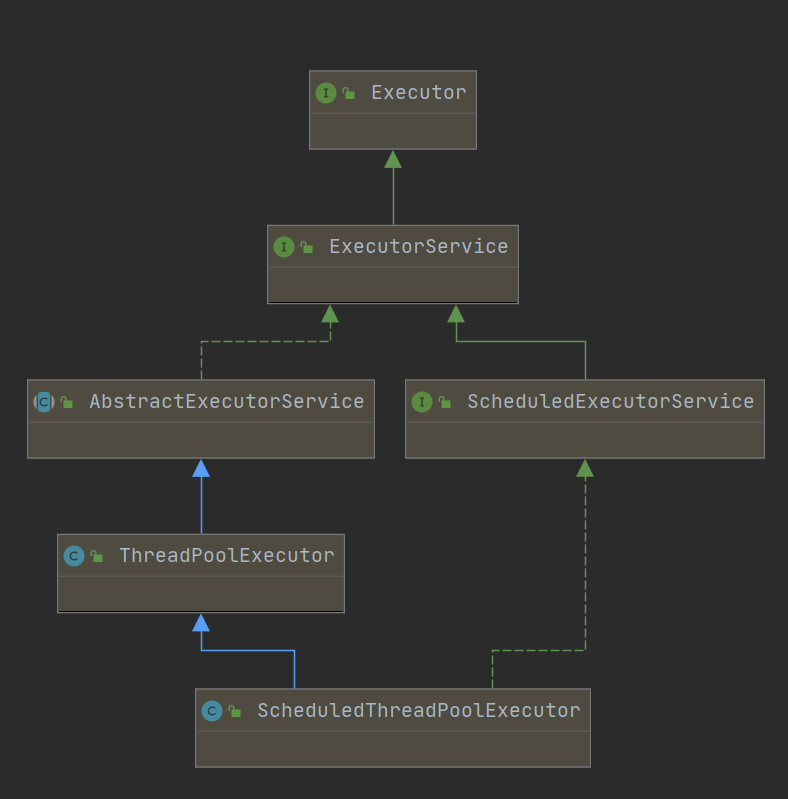 In the thread pool, there are three important parameters that affect the rejection policy:

It is more suitable for creating an infinitely scalable thread pool with short execution time and many tasks.

It is used to create a reusable thread pool with a fixed number of threads and run these threads in the form of a shared unbounded queue.

Create an Executor that uses a single worker thread to run the thread as a linked blocking queue. The exceeded tasks will be stored in the queue and waiting for execution.

At most one thread can be executed in the thread pool, and then the thread activities submitted will be queued for execution

Create a thread pool with corePoolSize as the incoming parameter and the maximum number of threads (Integer.MAX_VALUE). This thread pool supports the requirements of regular and periodic task execution.

It is more suitable for scenarios where multiple background threads are required to execute periodic tasks. It is appropriate to collect logs at some time, send push messages, pull messages, etc 😂

Thread activity can be executed regularly or delayed ~ ~ (I used this to simulate dynamic timing, which means that given a future time, it will be executed at that time point)~~ 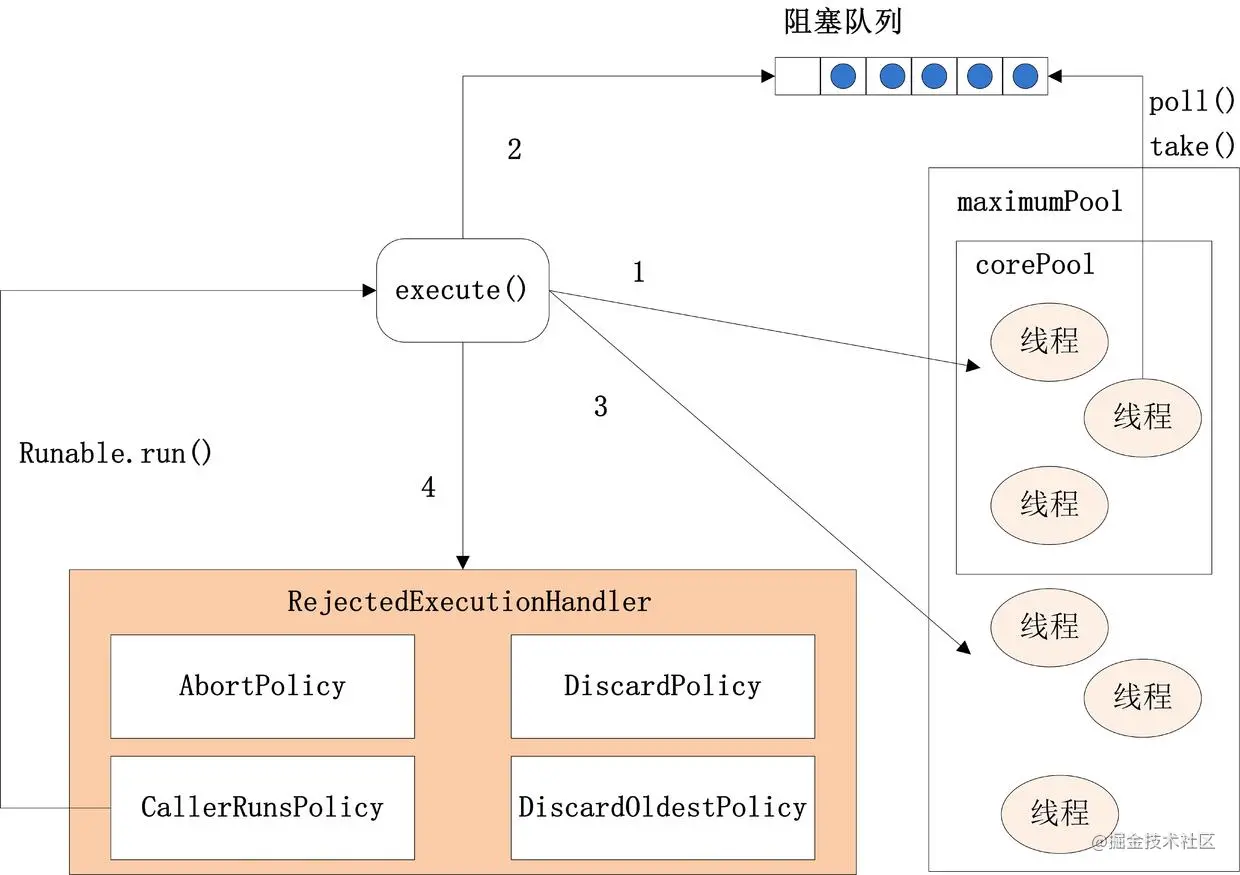 The above figure is taken from: Implementation principle of thread pool ThreadPoolExecutor Author: listen___

Why not use Executors to create?

Recently, I started to study JUC again. I feel that there are a lot of Java contents, but in order to go further, I still feel that I should lay a solid foundation.

Recently, in the continuous update, if you feel helpful and interested, pay attention to me. Let's study and discuss together.

Hello, I'm blogger Ning Zaichun, a small seed on the Java learning road. I also hope to take root and grow into a big tree in the sky one day.

I hope to encourage you 😁

We: when we meet at parting, we have achieved everything.