Last week I poured over javafx, which was originally my usual performance system. When he mentioned JavaFX to the teacher, he suddenly rose up and developed an experiment that counted Chinese and English words and displayed them in a histogram... Give only two or three days to do so, and laughed to test our potential SOS, so he spent a day and a half with three people in the group.

The main interface is as follows

When no text is selected, a prompt is displayed to start analysis at the point where no text is checked 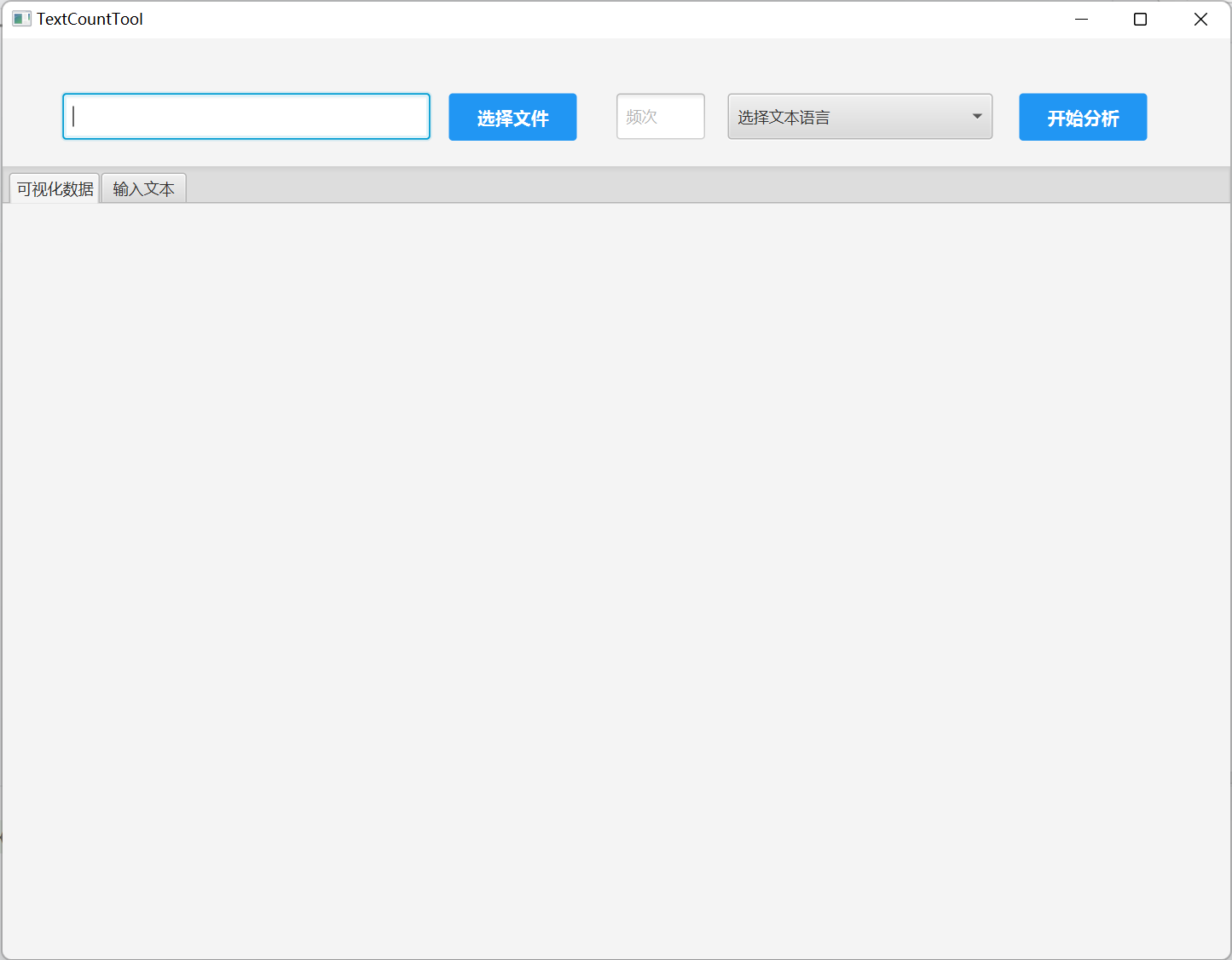 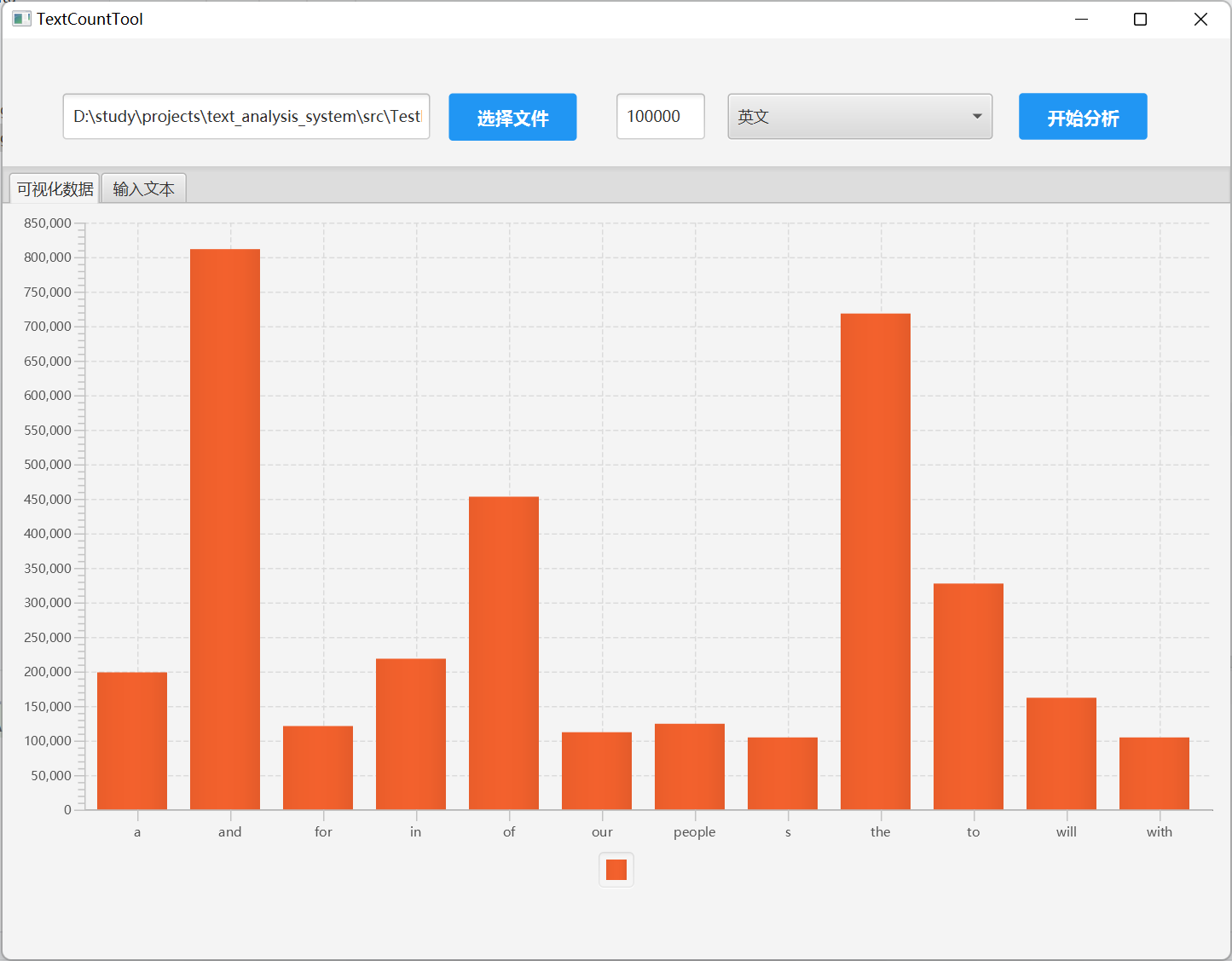 The only function is to select a local.txt file, select the text language and the lowest frequency, and display histogram statistics.
Try a large.txt document, beyond the interface can not be displayed, x-axis and column bar are not aligned, have not changed this bug, at present the idea is to add a pull bar, but it does not feel convenient. 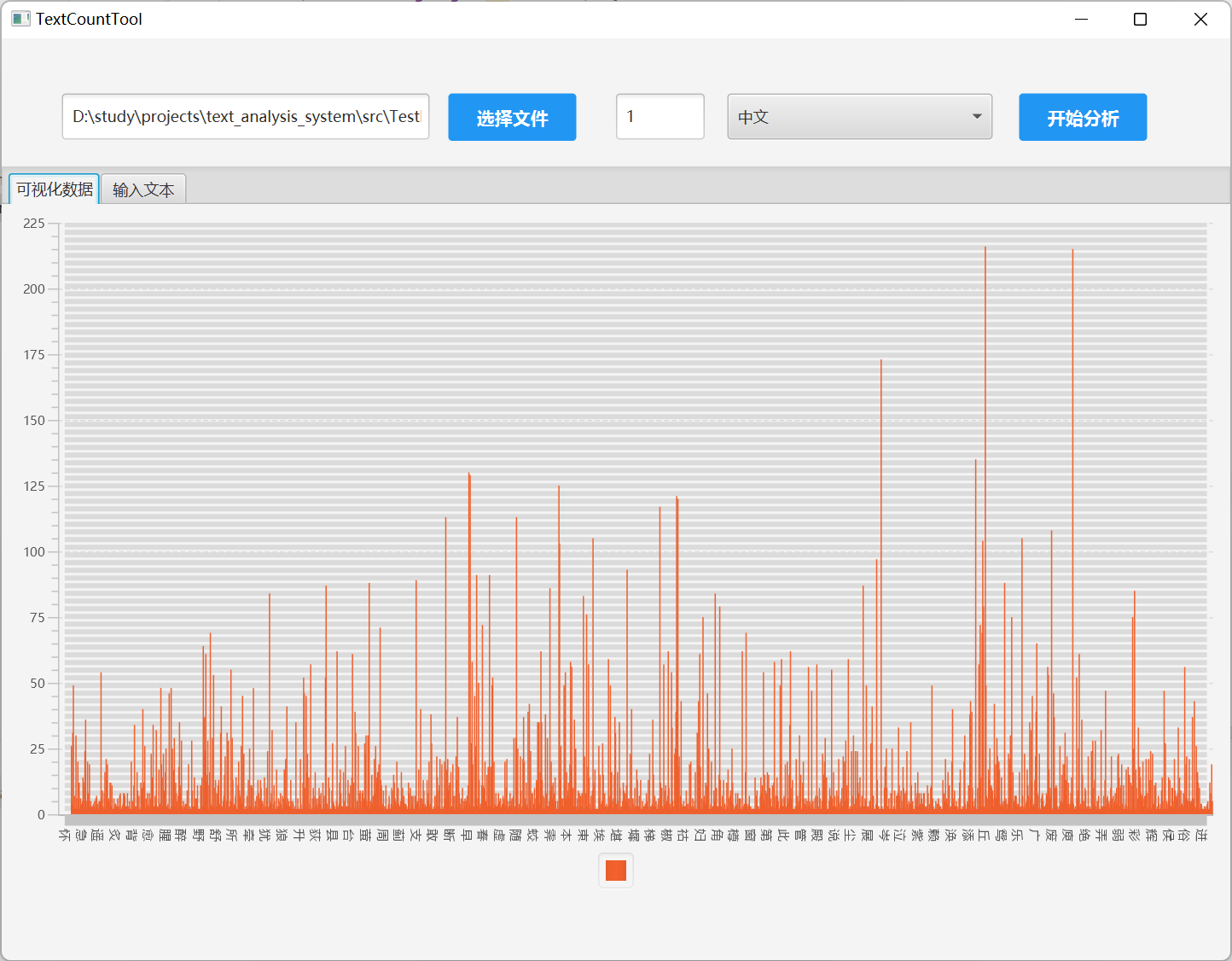 Horizontal histograms are preferred, as the javafx-encapsulated BarChart fixes the data types that can be placed on the x- and y-axes. It's great to see BarChart encapsulated in Youtube! (Many javafx UI interfaces on plus are also amazing!
Because time is urgent, and then it is a beginner, the code is horrible, the Java background is not solid, and the use of Javafx controls is not fully understood. Unleash the implementation code for some of the main functions
Filter out the regular expressions that are used in both English and Chinese!!! There is only a problem with the's'in English, because'that is also split, I don't know how to change it for now, here is the code.

Finally, before submitting, the console used jdk packager to package the.exe file. During the process of resolving, it thought that this was a tool that still had bugs and had no effect, and then abandoned packaging. After some time to write it again, after fixing the bug, some functions will be uploaded to github, named Useless Tool in the group, so it can only be referred to for beginners.
In December, the project of the student's usual performance management system will also be submitted, which is more troublesome, with three participants and ten activities. Designing databases has been on your mind for a long time (the database hasn't seen the chapter on design yet, so you have to design it yourself. This project will also be uploaded if you do it! Before that, you need to look at java and databases, standardize the design of classes and databases, and not write code: /You don't want to look at the second eye anymore