equals() and hashCode() are both built-in methods in the Object class. The native equals() uses = = to compare the memory addresses of the two objects. hashCode is a native method. Different objects get different hashcodes.

2. What are the advantages of object orientation?

3. What is the difference between an interface and an abstract class?

Interface? Multiple interfaces can be implemented by implementing a subclass through implements

Abstract class? Inheriting a subclass through extensions can only inherit one abstract class

4. When a subclass inherits the parent class, the method modifier can only be large and the exception thrown can only be small?

5. What is the difference between int and Integer?

Int basic data type and Integer are classes under the java.lang package. They are encapsulated classes of int. the automatic boxing / unpacking mechanism enables them to convert to each other.

·Integer variable can only be used after instantiation; int variables are not required;

·Integer is actually a reference to an object, pointing to the integer object of new; int is the data value stored directly;

·Integer objects generated through new exist in the heap, and non new generated data are stored in the constant pool;

6. What is the difference between memory leak and memory overflow?

Memory leak refers to that the program cannot release the applied memory space after applying for memory. The harm of a memory leak can be ignored, but the consequences of memory leak accumulation are very serious. No matter how much memory is, it will be occupied sooner or later.

Out of memory overflow means that the program does not have enough memory space for its use when applying for memory, and out of memory occurs; For example, if you apply for an integer, but save it with a long to save the number, that is, memory overflow.

7. Concept, classification and use of anomalies?

Throwable can be divided into Exception exception and Error error.

Exception throw: any Java code can throw exceptions, such as code written by itself, code from Java development environment package, or Java runtime system. Anyone can throw an exception through Java's throw statement. Any exception thrown from a method must use the throws clause.

IO, i.e. in and out, i.e. input and output, refers to data transfer between applications and external devices. Common external devices include files, pipes and network connections.

Stream is an abstract concept. It refers to a series of data (characters or bytes). It is a channel that sends information in a first in first out manner.

There are three main types of IO streams: 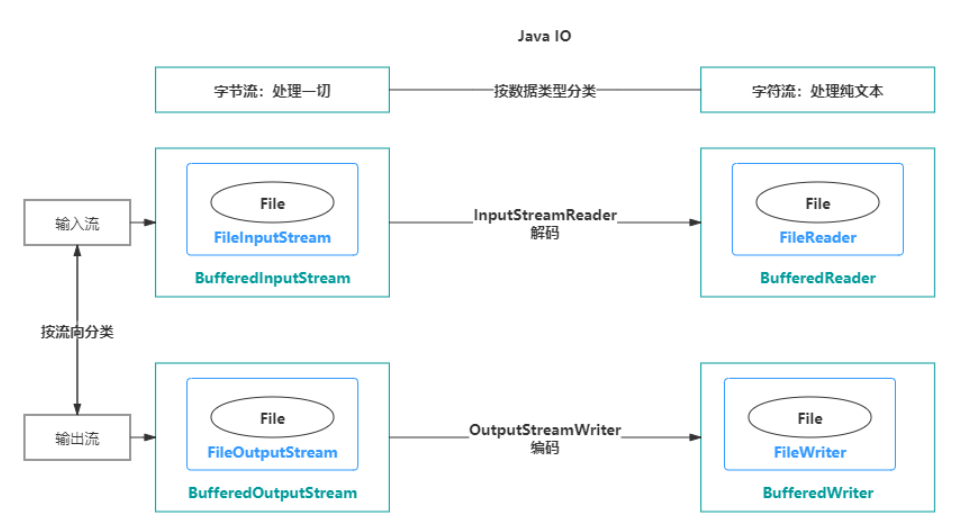 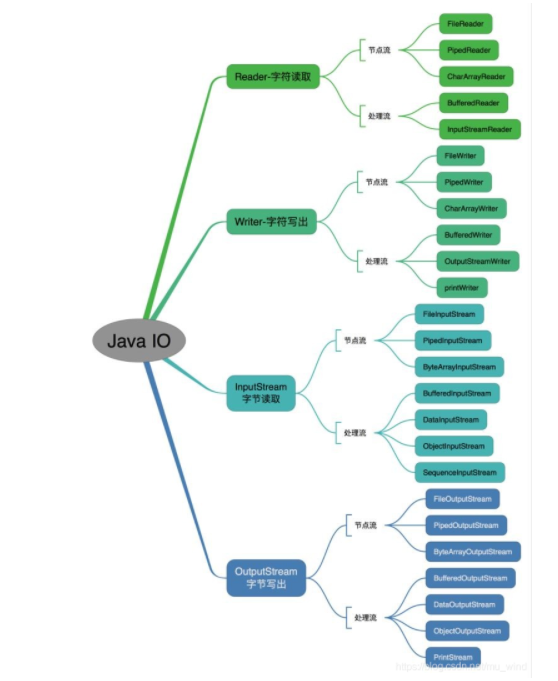 Read and write of byte stream