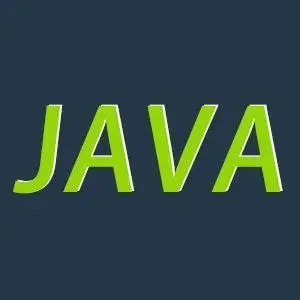 In the example of printing graphics, our parent class Shape does not contain other non abstract methods, and can also be designed as an interface

Extensions vs. implementations
Extension refers to the further expansion of functions when certain functions already exist
Implementation means that there is nothing at present and needs to be constructed from scratch

The public, static and final keywords can be omitted. The omitted num still represents the public static constant

Tip: public, static and final keywords in the interface can be omitted

Now we represent a group of animals by classes

In addition, we provide another set of interfaces, which respectively mean "can fly", "can run" and "can swim"

Next, we create several specific animals

Frogs can run and swim (amphibians) 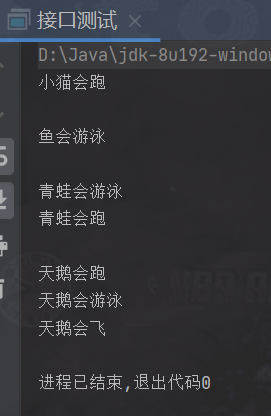 The above code shows the most common usage in Java object-oriented programming: a class inherits a parent class and implements multiple interfaces (can run, swim and fly)

[what are the benefits of this design?]
Always keep the benefits of polymorphism in mind and let the program forget the type. With an interface, the user of a class does not have to focus on the specific type, but only on whether a class has some ability

Instance: sorting an array of objects

Give a student class first

According to our previous understanding, we have a ready-made sort method for arrays. Can we use this method directly?

At this time, we need to specify additional
Let our Student class implement the Comparable interface and the compareTo method

The compareTo method will be called automatically in the sort method (for specific reasons, you can ctrl + left click the sort method to view the source code, which will not be described here). The parameter of compareTo is Object, which is actually an Object of Student type

Execute the program again and the result will be as expected

matters needing attention:
For the sort method, each object of the array to be passed in is "comparable" and needs the ability of compareTo. By overriding the compareTo method, you can define the comparison rules

Interfaces can inherit an interface to achieve the effect of reuse. Use the extends keyword

Inheritance between interfaces is equivalent to merging multiple interfaces together

Some useful interfaces are built in Java, and Clonable is one of them

There is a clone method in the Object class. Calling this method can create a "copy" of the Object

However, if you want to call the clone method legally, you must implement the Clonable interface first, otherwise you will throw a clonnotsupportedexception exception

Implement the Clonable interface for the Player class

Create a player1 object and clone a player1
Here we need to focus on understanding deep copy and shallow copy. The clone method defaults to shallow copy! The operation results can prove that

The operation results are as follows 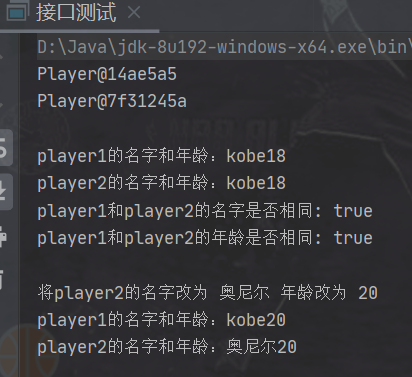 The code may not be easy to understand. It doesn't matter. Please see the figure below

Then change the name and age of player 2 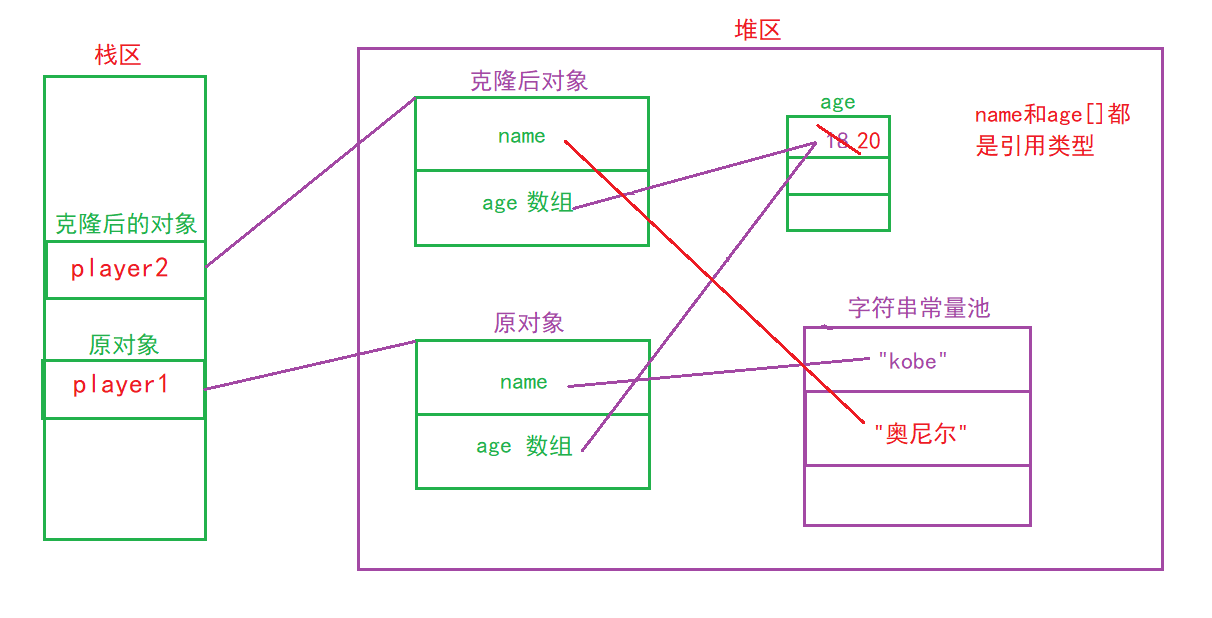 What is shallow copy?

What is deep copy? 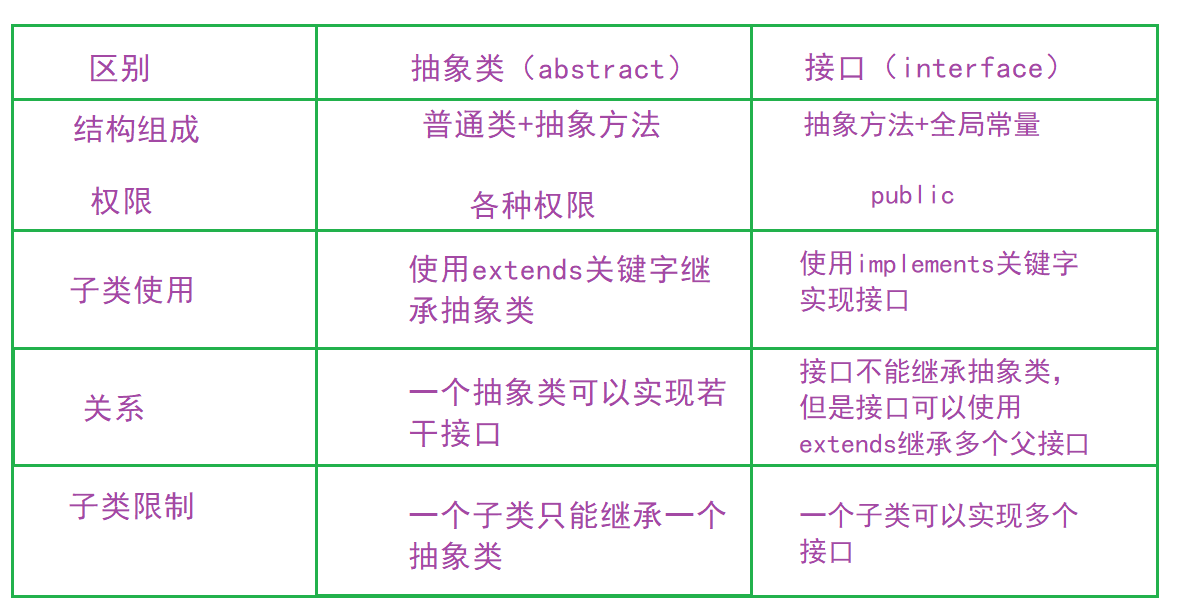