When we want to store some data in the disk so that the data can be found when the program closes and runs again, we need to write the data out of the program with io stream, write it to the local file, or save it to the database, etc.

Check the java API documentation -- java.base -- java.io. It is found that there are many interfaces, classes and method calls (in short, it is a bit messy). Here are the following ↓

Therefore, from a macro point of view, simply classify them, and then decompose them for learning:

According to reading unit:

Byte stream (one byte at a time, 8bit) (any data can be processed)

According to the output and input directions: (the methods of byte and character streams in different directions)

According to the target node: (where to read from and where to write to. That is, the container types are different. It feels a little corresponding to the data types to read and write, but not exactly. After all, the file stream can read and write data of basic types such as int and String)

Pipe (read data from a pipe shared with other threads)

filter (I don't quite understand this)

Classification is basically the above

Two excellent bloggers have given the mind map (very clear der, worship it) 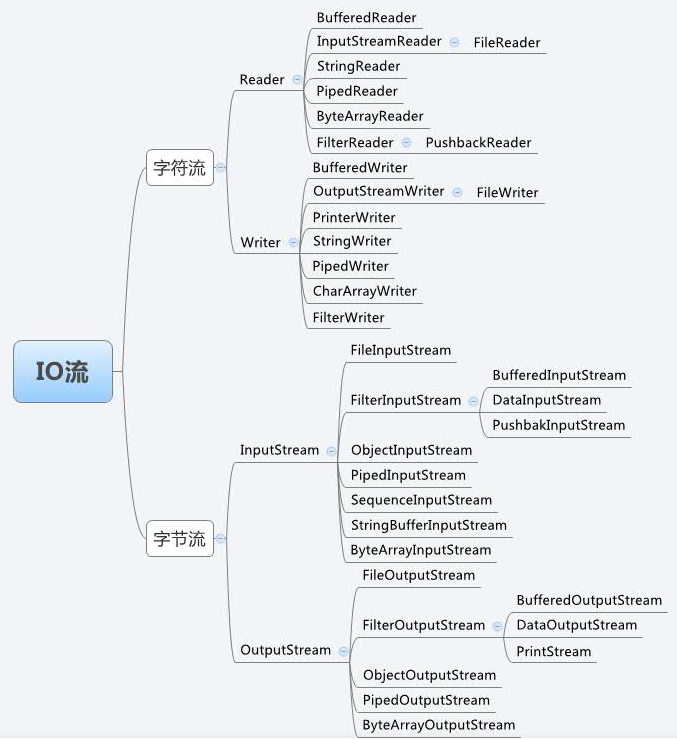 The Java API document also gives io exceptions (throwing exceptions must be added when many methods are used): 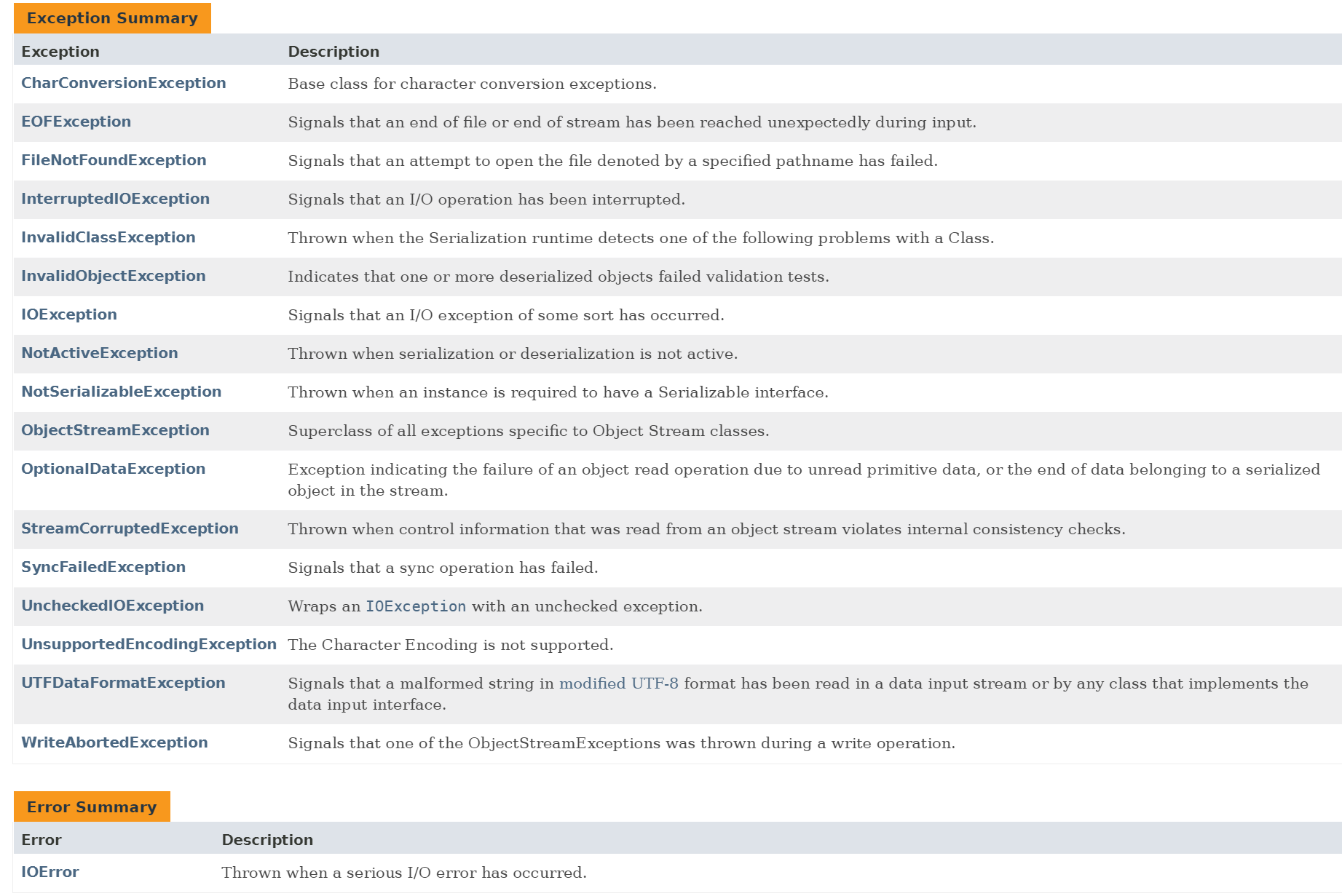 Some details of the principle of read-write mechanism 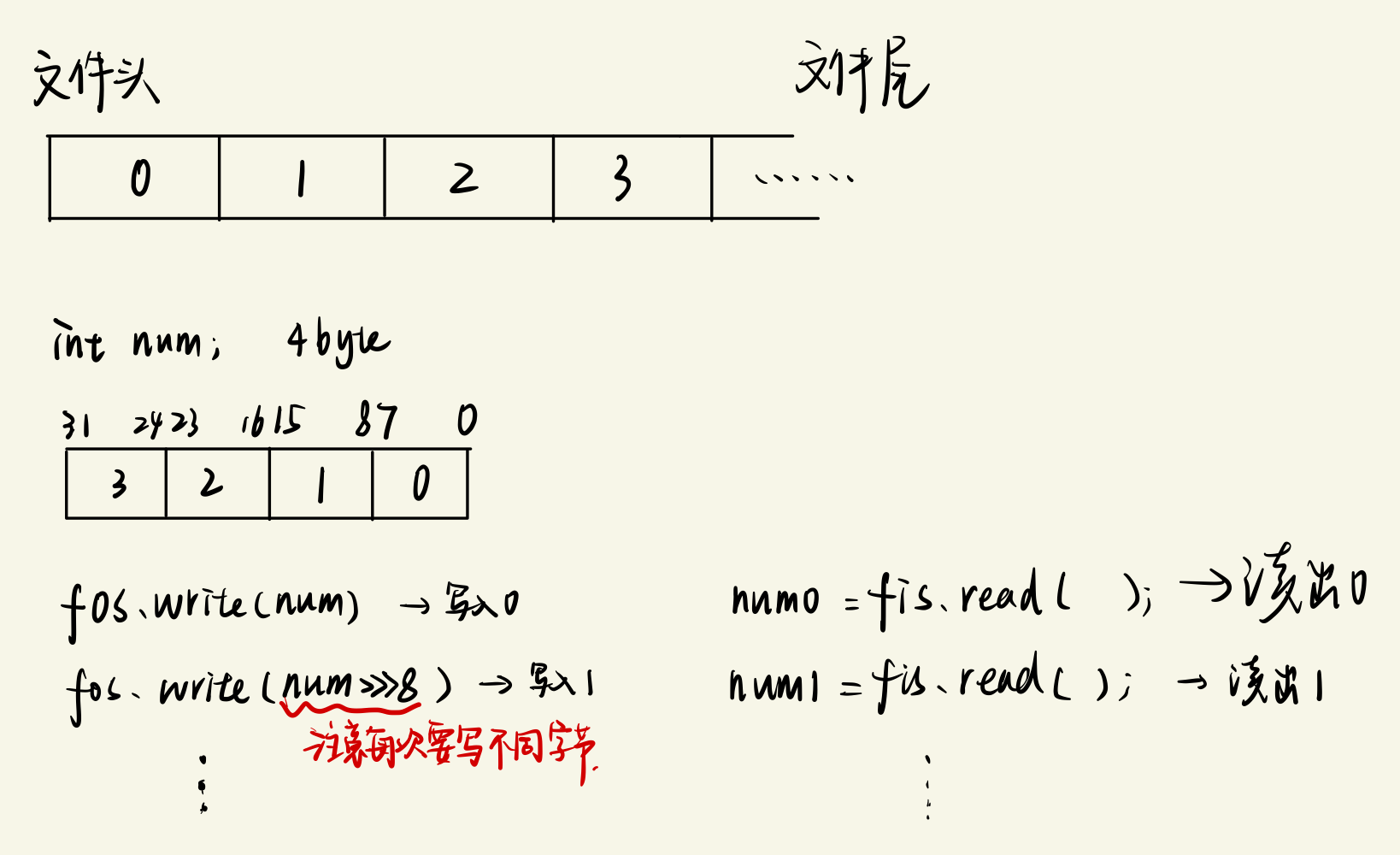 Exercise Code: design your own class to write / write int type data to / from the file

I don't know what a filter is. Although this article doesn't say what it is used for, there are code examples to see and understand: