What is time complexity

The running time of a computing program cannot be calculated with a simple time, because the ability of different processors to process data is different. Therefore, only an approximate number of times is enough, just like the execution times of basic operations in the algorithm. It is expressed by the asymptotic method of large O

Example: the basic operation of calculating func1 has been performed several times

Therefore, after using the asymptotic method of large o, the time complexity of func1 is O(N^2)

The result here is O(N). Because the constant is removed according to the calculation method of time complexity, 2*N is N. M is 10, which can also be ignored.

The time complexity here is O(M+N). Because the values of M and N are unknown, it is O(M+N)

The time complexity of this is O(1). Because there are constants in the loop, according to the large o asymptotic method, the result is O(1)

Because of the particularity of bubble sorting, it may be arranged at one time or until the end, so there are the best and worst cases.

Because binary search is half and half, the search range will be halved after each search. For example, finding 8 in a 1 - 8 ordered array is the worst case. The diagram is as follows: 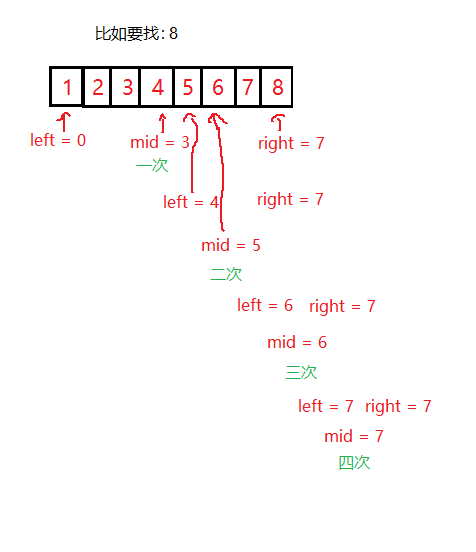 As shown in the figure, it takes log2n - 1 times to complete the binary search in the array, that is, the time complexity is log2n (that is, the logarithm of log with base n of 2)

Therefore, during this recursion, the basic operation recurses N times, so the time complexity is O(N) 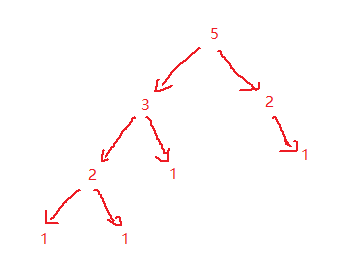 As shown in the figure: each calculation will calculate the next layer, but each time it is less and more. So it can be calculated directly according to the same on each side. As shown below: 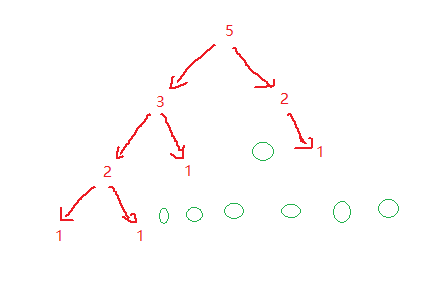 So the time complexity of Fibonacci sequence is 2^n.

Space complexity measures the size of additional storage space occupied by an algorithm during operation, because it is not necessary to calculate according to bytes, but the number of variables. It is also expressed by the large O asymptotic method.

The space complexity is O(1) because the variables of bubble sorting do not change and the additional space is constant.

Because the Fibonacci sequence here opens up n additional spaces, the spatial complexity is O(n).

Because it is recursive, each recursion will open up stack frames, and each stack frame occupies a constant space, so the space complexity is O(N).