When you see a package, you will think, package? Is it a valuable bag on your shoulder? Ha ha, the blogger is joking. Of course, the package in java.
introduction:
If you create a TestDemo.java file in the company's daily production and development, and your colleagues also create a TestDemo.java file, if you two want to complete the same project, the compiler will respond abnormally due to the same file name. So we brought out the bag here. Creating the same java file in different packages will not report an error.
Packages are a way to organize classes.
The main purpose of using the package is to ensure the uniqueness of the class. In fact, the package is equivalent to a file.

If you want to use which class in the package, you can import it.

Use wildcards to import classes in the package*

In fact, we can call the classes in the package without the import keyword

But in the actual process of writing code, we rarely use this.
It is also recommended that you use the relevant classes in the displayed call package. Although wildcards are convenient, they will cause unnecessary trouble on some occasions

Although this looks very concise, it is not recommended, and the readability of the code is not high.

This method is very concise. When calling classes in the package, we should use them according to different situations. We can't blindly ignore the readability of the code for the sake of code simplicity, which is not worth the loss.

2. Name the new package (it's better to name it as the inversion of the company domain name. Bloggers don't have their own company now, let's do it first)

3. Create a new class in the package

The blogger said earlier in the article that creating the same file in different packages will eliminate the conflict between files.

When learning java object-oriented programming, we learned the public and private keywords. The member variables and member methods modified by private can only be used in the current class, and other classes cannot be accessed. In the package, if a class or member variable is not modified by public or private, it is the default, that is, it can only be accessed in the package where the current class is located.

Classes in the same package can call each other

When Xiaobai of object-oriented programming sees inheritance, he should want to inherit? Does that mean inheriting millions of homes? Ha ha, it's almost the same.

That is, the father's property becomes the son's, which is inheritance.

According to the idea of inheritance, an animal class is implemented

Then we are implementing a cat, and a dog class

According to the above code, I'm sure careful friends will find that member variables and member methods in animal classes are found in both cats and dogs, because cats and dogs are animals with the same attributes and different attributes.

Logically, Cat and Dog are both Animal (is - a semantics)

At this point, we can let Cat and Dog inherit the Animal class respectively to achieve the effect of code reuse

How to effectively design inheritance: extract the public part of a class and put it into a class. Use extensions to inherit and reuse the code

Realize the above cat and dog inherit animal classes

We mentioned the super keyword above. Let's see its specific functions according to the code

Let's see how it is constructed

Tell me the difference between this keyword and super keyword?

this represents a reference to the current object

**this() * * means calling the constructor of the current class

this.data means to call the member variable in the current class

super refers to the reference of the parent class of the current object (this statement is vulnerable, refer to this)

**super() * * means calling the constructor of the parent class

super.data means to call the member variable in the parent class

super.func means to call the member method in the parent class

I don't know if you have found it. When we call a member variable in a class, it is either public or private. If it is public, the permission will become public, and the member variable to be called can be accessed anywhere. In this way, the encapsulation of the class is lost, and the program we write becomes unsafe, However, if it is a private modification, although it meets the encapsulation of the class, members outside the class cannot access the member properties in the class. So we take the middle and export the protected keyword.

When and what kind of access rights qualifier should we use?

1. We hope that the class should be encapsulated as much as possible to ensure the encapsulation of the class, which means that the internal implementation details are hidden and only the necessary conditions are exposed, which are called by CO callers. If a method in a class can use the private modifier, there should be no protected modifier.

2. In addition, the member variables in the class are generally decorated with private. If you call outside the class now, you can call them with getter and setter methods.

We have learned a lot about inheritance here. Let's take a look at this question: if the parent and child classes use the same member variables, which one do we call when calling? 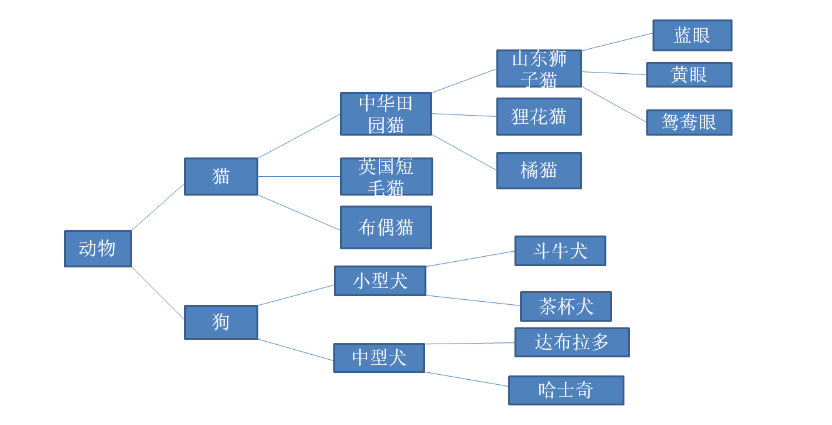 Is it complicated? Hahaha, when we generally use inheritance, there should be no more than three layers of inheritance at most. If the number of layers of code to inherit is too large, we should consider code refactoring.

We once learned that when the final keyword modifies a variable or field, it represents a constant (which cannot be modified)

The final keyword can also be used in a class. If you want a class to be immutable, or if inheritance indicates that a class cannot be inherited

Similar to inheritance, composition is also a way to express the relationship between classes and achieve the effect of code reuse. For example, it represents a school:

Composition does not involve special syntax (keywords such as extensions), but only takes an instance of one class as a field of another class. This is one of the common ways we design classes. Composition represents has - a semantics. In the example just now, we can understand it as a "inclusion" in a school Several students and teachers. Inheritance represents is - a semantics. In the above example of "animal and cat", we can understand that a cat is also "an animal". We should pay attention to the difference between the two semantics