Encapsulation is the core idea of object-oriented, which encapsulates the properties and behaviors of objects without letting the outside world know the specific implementation details.

It refers to the phenomenon that duplicate names are allowed in a program. It refers to that the attributes and methods defined in a class have different meanings in different classes.

Creation and use of objects

You can use the new keyword to create an object in your program.
The format is as follows

Let's take a look at the following example (we have created the method above, now we just need to reference it)

After execution, the result is as follows. Because the age of s2 is not assigned, the Java virtual machine automatically initializes it, that is, the value is 0 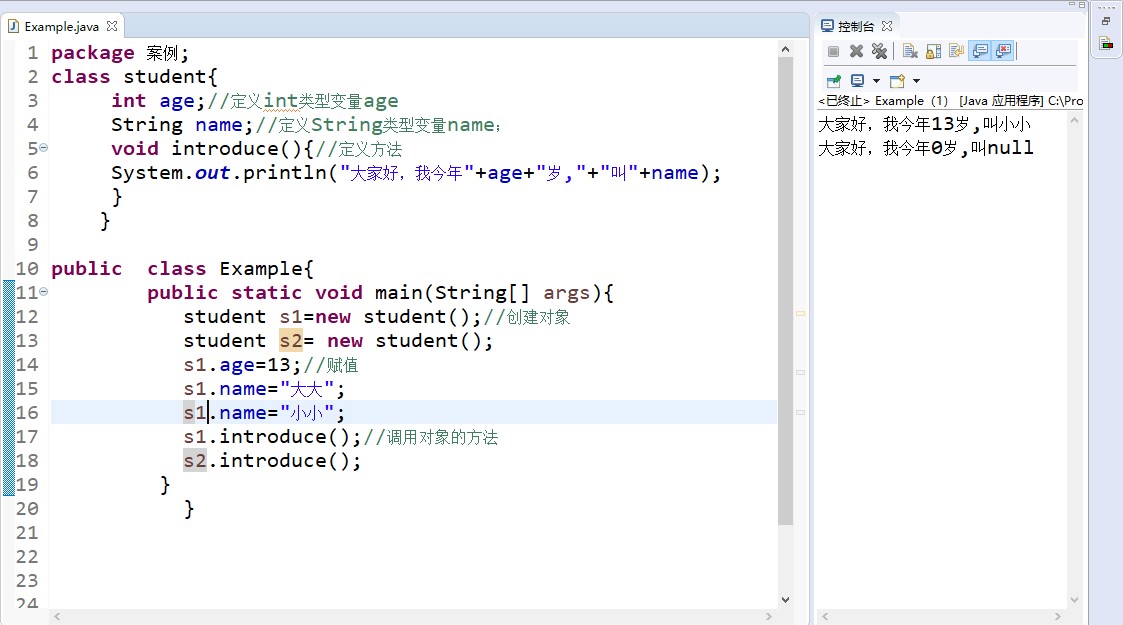 In Java, objects are created by classes. So it's important to design classes.

Set an animal class, and then define two attributes: name and action

(when setting a class, the access of members should be limited and external access is not allowed. This requires class encapsulation.)

Create an object from the animal class designed above and access its members. As shown in the following case

The operation is as follows: 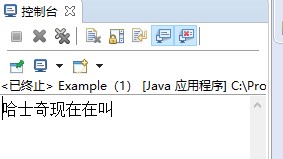 Class encapsulation refers to the privatization of properties in a class when defining a class, that is, using the private keyword to decorate. Private property can only be accessed in its class. If the outside world wants to access it, it needs to provide some public decoration methods, including getXxx method for getting property value things and setXxx method for setting property value.

(the constructor is a special member of the class and is called automatically when the object is instantiated.)

Pay attention when using this

In addition to waiting for the Java virtual machine to automatically garbage collect, you can also call System.gc () to notify the Java virtual machine of immediate garbage collection. When an object is released in memory, its finalize () method will be called automatically, so you can observe when the object is released by defining the finalize () method in the class.

A local inner class is a class defined in a method, so the outer world cannot be used directly. You need to create an object inside the method and use the class to directly access the members of the outer class, as well as the local variables within the method.

Premise: there is a class or interface, where the class can be concrete or abstract
Format:

Essence: it is a subclass anonymous object that inherits the class or implements the interface.
Here is an example.

Re create the Inter interface

If you want to print more data statements, as follows:

The concept of inheritance:

Advantages and disadvantages of inheritance:

In Java, class inheritance refers to building a new class on the basis of an existing class. The new class is called a subclass. An existing class is called a parent class, and the child class automatically owns all the inherited properties and methods of the parent class. In a program, you need to use the extends keyword to declare that a class inherits another class.

Access a method through a subclass object: in the subclass member scope, in the parent member scope. If not, report the error.

1. In Java, classes only support single inheritance, and multiple inheritance is not allowed. That is to say, a class can only have one direct parent class.

For the case described above, Java allows defining methods without writing the method body, which is called abstract methods. Abstract methods must be decorated with the abstract keyword.

If all methods in an abstract class are abstract, the class can be defined in another way. It's the interface. Interface is a special class composed of constants and abstract methods, which is a further abstraction of abstract classes.

When defining an interface, you need to use the interface keyword to declare it. Its syntax format is as follows:

Package concept and use:

A package is actually a folder, which is used to manage classes by category.

Compilation and execution of java classes with packages

Objective: when using classes under different packages, you need to write the full path of the class. In order to simplify, you need to use the guide package.

Format of the package:

final:
The final keyword can be used to modify classes, variables, and methods. It has the meaning of "cannot be changed" or "final".

final keyword modification method
When the method of a class is modified by the final keyword, the subclass of the class cannot override the method.

Static means that member methods and member variables can be modified.

It is used to modify the members of a class, such as member variables, member methods, and code blocks. Members modified by static have some special features.

In a Java class, you can use the static keyword to decorate member variables, which are called static variables. Static variables are shared by all instances and can be accessed in the form of "class name. Variable name".

The static keyword can only be used to decorate member variables, not local variables, otherwise the compilation will report an error.

As long as the static keyword is added before the method defined in the class, this method is usually called a static method. The same static method can be accessed by the method of "class name. Method name" or by the instantiated object of the class.

Only static decorated members can be accessed in a static method, because members not decorated with static need to create objects to access. Static methods can be called without creating objects.

Overview: different forms of the same object at different times.

The premise and embodiment of polymorphism:

Benefits and disadvantages of polymorphism:

Advantage: it improves the extensibility of the program (when defining a method, use the parent type as a parameter, and in the future, use the specific child type to participate in the operation)
Disadvantage: cannot use the specific function of subclass

The difference between super keyword and this keyword 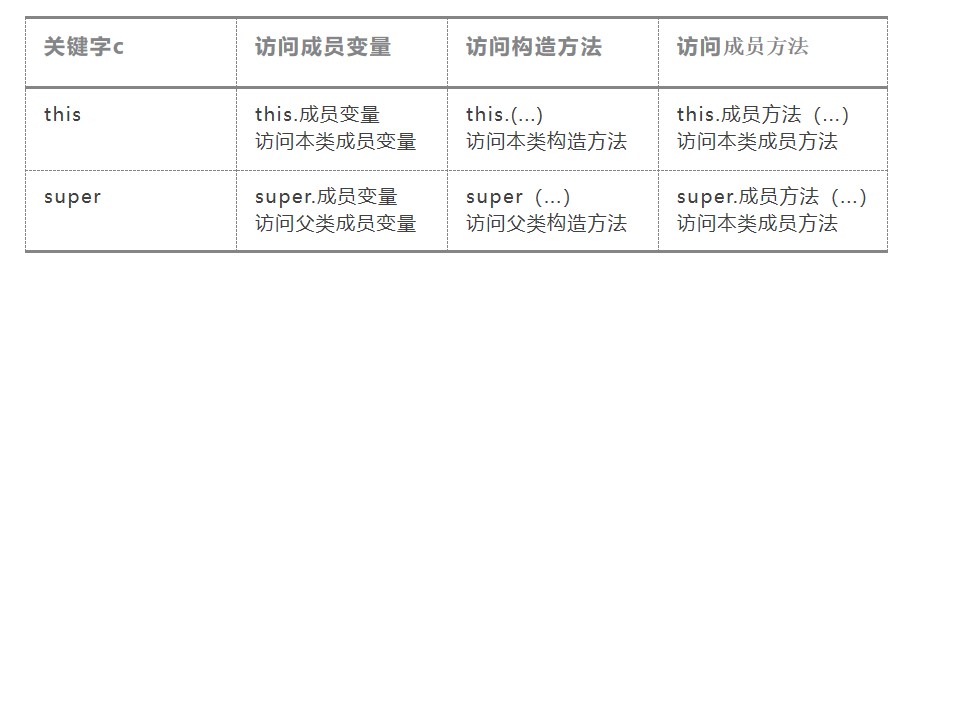