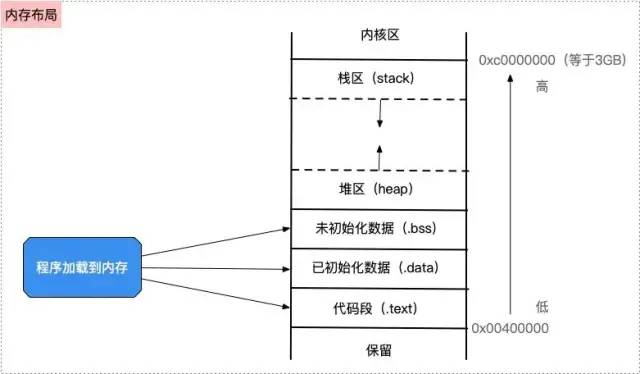 Here is a question: why does the last memory address of the five regions start from 0x00400000. The main reason is that 0x00000000 represents nil and cannot directly represent a segment with nil, so a separate segment of memory is given to deal with nil and other situations

Interview question 1: is there any difference between global variables and local variables in memory? If so, what is the difference?

In addition to MRC and ARC mentioned above, there are three memory management schemes

What's wrong with the following code?

Run the above code and find that there is no problem with taggedPointerDemo running alone. After the touchesBegan method is triggered. The program will crash because multiple threads release an object at the same time, resulting in   Transition release so crash. The root cause is the inconsistency of nameStr's underlying types, which can be seen through debugging 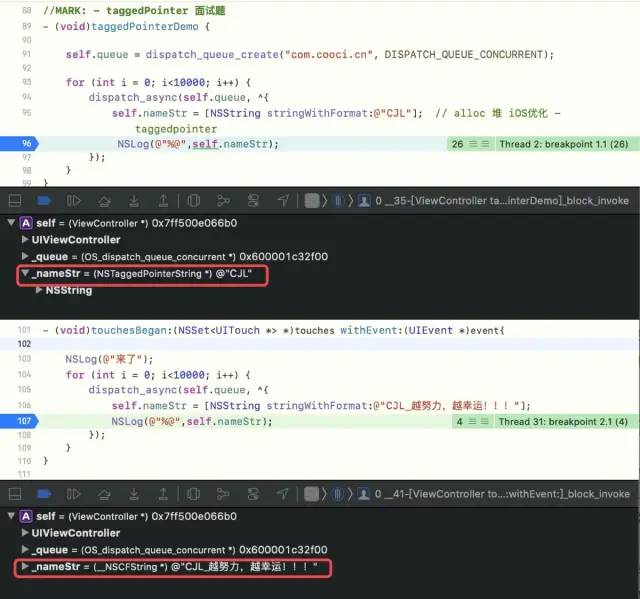 Here are the results of the run

Therefore, it can be concluded from the above that the memory management of NSString is mainly divided into three types

Continue to take NSString as an example. For NSString

In the previous article on class loading, the_ read_ The images source code has a method to process small objects, that is, the initializetaggedpointerobjfuscator method

In the implementation, we can see that after iOS14, the Tagged Pointer adopts confusion processing, as shown below

Through the implementation, we can know that in the encoding and decoding part, there are two layers of XOR, and the purpose is to get the small object itself, such as   1010 0001 as an example, assume that the mask is   0101 1000 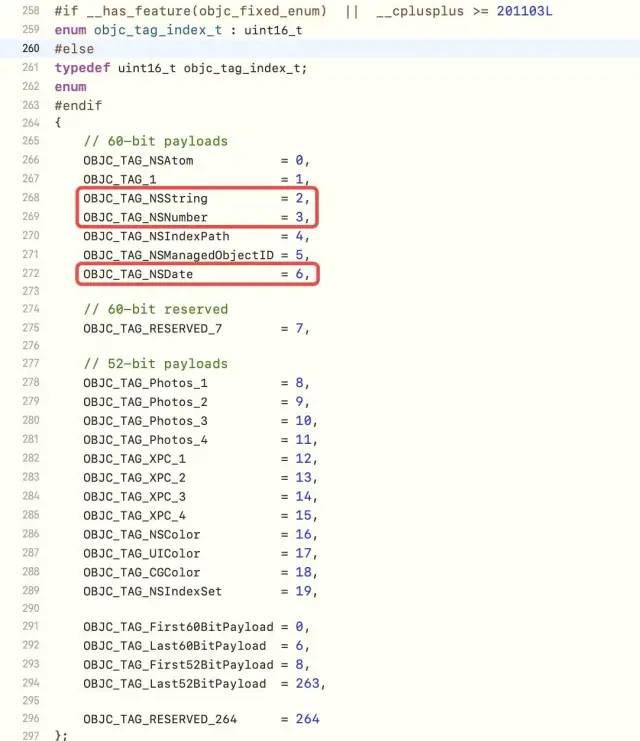 When the reference count is stored to a certain value, it will not be stored in the nonpointer_ Extra of isa bit field_ RC, but will be stored in SideTables   In hash table

Question 1: Why are there multiple hash tables in memory? How many can I get at most?

Thus, you can enter the definition of StripedMap. From here, you can see that there can only be 8 hash tables in the real machine at the same time

Question 2: Why are hash tables used instead of arrays and linked lists?

Therefore, to sum up, the underlying process of release is shown in the figure below

Therefore, to sum up, the flow chart of dealloc bottom layer is shown in the figure 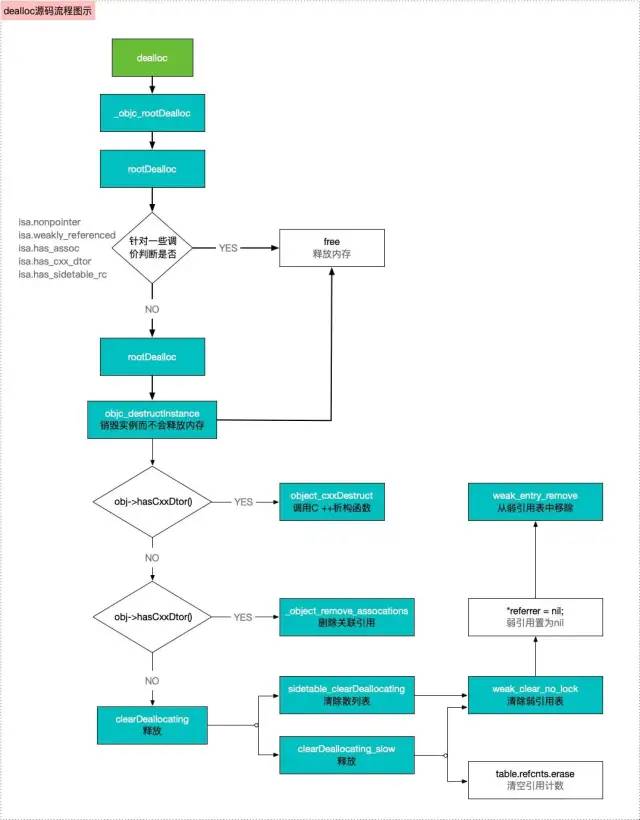 The analysis of citation counting is illustrated by an interview question

Interview question: what is the reference count of the object created by alloc?

The printing results are as follows

Here, we can view extra at this time through source breakpoint debugging_ RC, the result is as follows 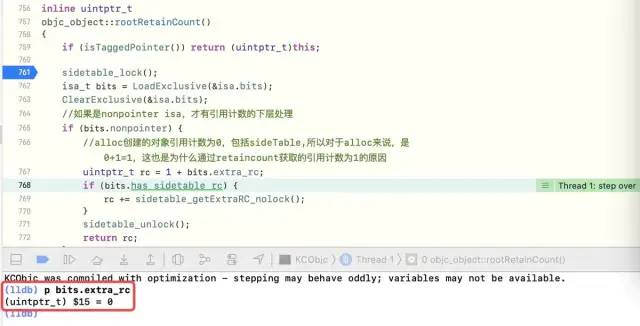