Introduction to Redis6 - learn about NoSQL, installation and data types

NoSQL(NoSQL = Not Only SQL), which means "not just SQL", generally refers to non relational databases. NoSQL does not rely on business logic storage, but is stored in a simple key value mode. Therefore, it greatly increases the expansion ability of the database. 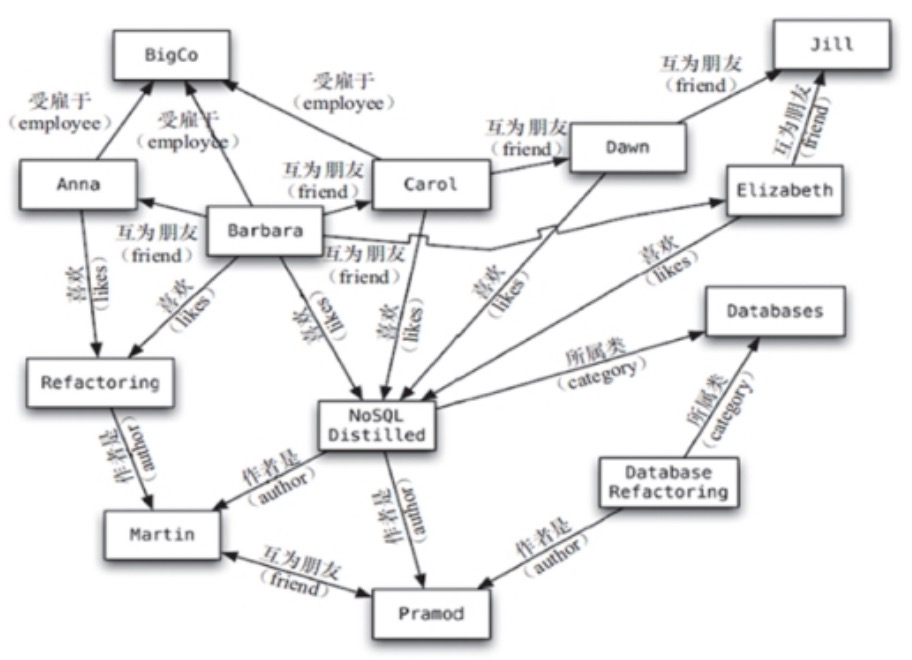 Apache Cassandra is a free open source NoSQL database, which is designed to manage massive data sets (usually up to PB level) on a large cluster built by a large number of commercial servers. Among the many significant features, Cassandra's most outstanding advantage is to adjust the scale of write and read operations, and it does not emphasize the design idea of the main cluster, which can simplify the creation and expansion process of each cluster in a relatively intuitive way.

HBase is the database in the Hadoop project. It is used in scenarios that require random and real-time read and write operations on a large amount of data.

The goal of HBase is to process tables with a very large amount of data. It can process more than 1 billion rows of data with ordinary computers and data tables with millions of columns of elements.

There are three differences from Memcache:

incr key: performs atomic plus 1 operation on the value stored in the specified key

Atomic operation refers to the operation that will not be interrupted by thread scheduling mechanism;

Once this operation starts, it runs until the end without any context switch (switching to another thread).

(1) In a single thread, any operation that can be completed in a single instruction can be regarded as an "atomic operation", because interrupts can only occur between instructions.

(2) In multithreading, operations that cannot be interrupted by other processes (threads) are called atomic operations.

The data structure of String is Simple Dynamic String (abbreviated as SDS). It is a String that can be modified. Its internal structure is similar to the ArrayList of Java. It uses pre allocation of redundant space to reduce frequent memory allocation

The internal space capacity actually allocated for the current string is generally higher than the actual string length len. When the string length is less than 1M, the expansion is to double the existing space. If it exceeds 1M, only 1M more space will be expanded at a time. Note that the maximum length of the string is 512M.

Redis list is a simple string list, sorted by insertion order. You can add an element to the head (left) or tail (right) of the list. Its bottom layer is actually a two-way linked list, which has high operation performance at both ends. The performance of the middle node through index subscript operation will be poor.

First, when there are few list elements, a continuous memory storage will be used. This structure is ziplost, that is, compressed list. It stores all the elements next to each other and allocates a continuous piece of memory. When there is a large amount of data, it will be changed to quicklist. Because the additional pointer space required by ordinary linked lists is too large, it will waste space. For example, only int type data is stored in this list, and two additional pointers prev and next are required in the structure.

Redis combines the linked list and zipplist to form a quicklist. That is to string multiple ziplist s using bidirectional pointers. This not only meets the fast insertion and deletion performance, but also does not appear too much spatial redundancy.

Redis set's external functions are similar to those of a list. The special feature is that set can automatically eliminate duplication. Set provides an important interface to judge whether a member is in a set set, which is not provided by a list. Redis set is an unordered set of string type. Its bottom layer is actually a hash table with null value, so the complexity of adding, deleting and searching is O(1).

An algorithm, with the increase of data, the length of execution time. If it is O(1), the data increases and the time to find the data remains the same

Redis hash is a collection of key value pairs.

Redis hash is a mapping table of field and value of string type. Hash is especially suitable for storing objects.

The user ID is the searched key and the stored value. The user object contains name, age, birthday and other information. If it is stored in an ordinary key/value structure

The corresponding attribute data can be operated through key (user ID) + field (attribute tag). There is no need to store data repeatedly, and there will be no problems of serialization and concurrent modification control

There are two data structures corresponding to the Hash type: ziplost (compressed list) and hashtable (Hash table). When the field value length is short and the number is small, use ziplist; otherwise, use hashtable.

Redis ordered set zset is very similar to ordinary set. It is a string set without duplicate elements.

The difference is that each member of the ordered set is associated with a score, which is used to sort the members of the set from the lowest score to the highest score. The members of the collection are unique, but the scores can be repeated.

Because the elements are ordered, you can also quickly get a range of elements according to score or position.

SortedSet(zset) is a very special data structure provided by Redis. On the one hand, it is equivalent to the Java data structure map < string, double >, which can give each element value a weight score. On the other hand, it is similar to TreeSet. The internal elements will be sorted according to the weight score to get the ranking of each element, You can also get the list of elements through the scope of score.

(2) Jump table. The purpose of jump table is to sort the element value and obtain the element list according to the range of score.

Orderly collection is common in life, such as ranking students according to their grades, ranking players according to their scores, etc. For the underlying implementation of ordered sets, arrays, balanced trees, linked lists, etc. can be used. Insertion and deletion of array elements; Balanced tree or red black tree has high efficiency but complex structure; The linked list query needs to traverse all, which is inefficient. Redis uses a jump table. The efficiency of jump table is comparable to that of red black tree, and the implementation is much simpler than that of red black tree.

To find the element with the value of 51, you need to start from the first element and find it by searching and comparing in turn. A total of 6 comparisons are required.

Starting from layer 2, node 1 is smaller than node 51, which is compared backward.

Node 21 is smaller than node 51. Continue to compare backward, followed by NULL, so go down from node 21 to layer 1