Inclusion and dependency of class relationships

1. If a subclass wants to inherit from the parent class, it can be implemented through the extend keyword.

2.2 in a strict sense, a program block is not a subclass inheritance (the subclass cannot be called by itself and has no name)

4. When the method inherited from the parent class cannot meet the needs of the child class, the method can be overload ed. 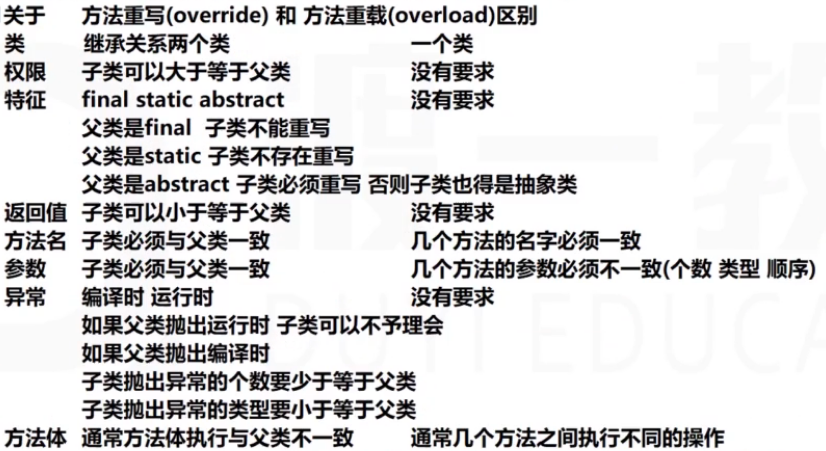 6. Inheritance in Java is single inheritance, which means that only one class is allowed to be written after an extends keyword, and multiple inheritance can be realized in the form of transmission (subsequent multiple implementations).

8. The difference between this keyword and super keyword.