Learn small things quickly and remember them quickly. Learn big knowledge according to plan without delay

Recently, we have several needs for H5 games, one is character dressing, the other is red envelope rain. We all use pixijs

Originally, the main purpose was to write the specific implementation of the H5 game, but the foundation is to be able to use pixi and need to understand the basic api

Therefore, another article introduces pixi from the perspective of demand use, and records the pit stepped by using pixi to ensure that a thing can be completed with pixi

Contents of this article

2. It has rich and concise APIs, which can easily render graphics (scaling, rotation, etc.) and operate graphics (interaction of various events)

3. It is used to replace flash. It has better performance than flash and can achieve more details

4. Based on canvas, web GL is preferred

2. It is integrated in canvas without any plug-ins and supports native

In addition, there are several game rendering engines, such as three.js, cocos2d, createjs, playcanvas, etc

When selecting a framework, we usually need to consider the development convenience (whether it supports ts, whether the documents are complete, whether there are Chinese documents, degree of difficulty), performance (package size), ecology (whether there is team maintenance, and the maintenance and update frequency)

Let's look at the comparison 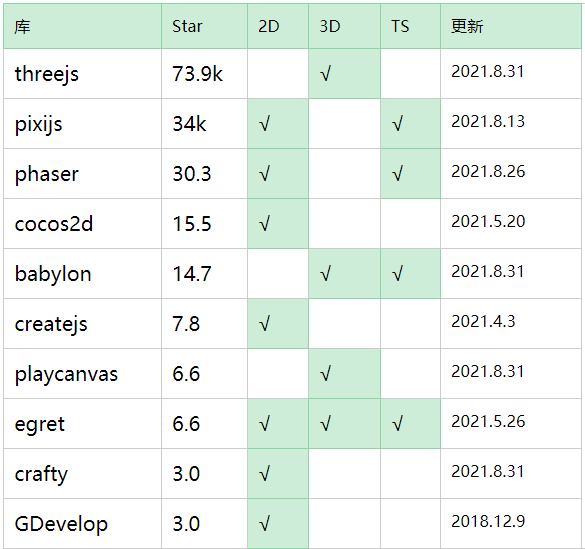 What we want to do is 2D games. In contrast, at the 2d rendering level, pixi has the best performance, supports ts, has low starting cost and good maintenance iteration. It is undoubtedly the best choice for 2D games

Games are composed of various elements, characters, props, scenes, etc., so the most important thing to do a game is to create elements and control elements.

To create an element is to set the content, size, position, shape change and so on

Manipulating elements is to make elements change and move

Elements must be mounted when they are created, just like DOM, so there is a concept of container, which is equivalent to element combination.

Take a look at a simple implementation of pixi

Display a picture (close button) on the page, and that's about it 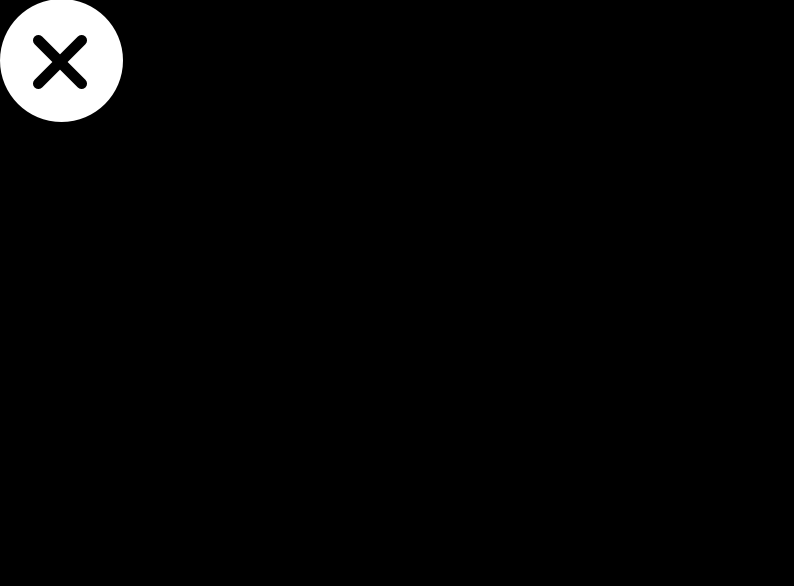 Take a brief look at the implementation of pixi

In fact, a simple process of a game is

It's just that the details of the specific implementation will be a little complicated. The general process is like this

Now let's introduce the api of pixi in detail. I introduce it from the perspective of requirements. After reading it, I can make my own game

It is mainly divided into three parts

I won't introduce too much. I mainly introduce the content enough to complete a requirement

First, we need to create the root container of the whole application, and all the elements created later need to be added

Because it is an h5 application, it needs to be mounted on the page after creation, and it will automatically determine whether to use canvas or webgl for rendering

Many resources must be used to make a game, such as pictures. The basic game is composed of pictures, so it is necessary to load the pictures in advance, which is equivalent to the initialization process of the game

There are four main problems

2. How to load multiple at once

A new loader instance needs to be created

2. Cache key (for easier access to the image cache later)

The above only adds resources. Only after the load method is called can the resources be loaded. When all resources are loaded, the incoming callback will be called

Load multiple at once

If you pass in an array, you can load multiple arrays at one time

Generally, we will load all images at one time during application initialization. In this process, we will display a loading percentage in the page 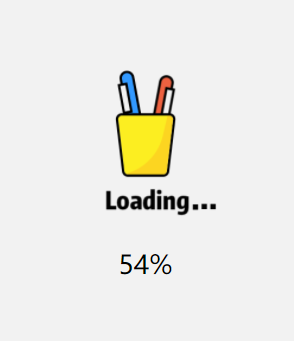 At this time, we need to monitor the progress of resource loading. The monitoring progress should be placed before the load method

The number of pictures is used as the loading percentage. For example, 4 pictures are loaded above

For example, the following is the list of resources loaded by the app's own loader and our new loader 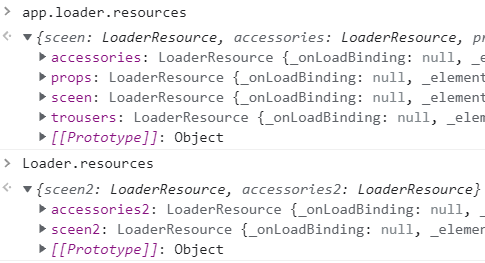 Where key is the alias set for each resource

There is also an error attribute. If the image is loaded incorrectly, it will have a value, otherwise it will be null

Therefore, error is usually used to judge whether the resource is loaded successfully

Although each loader only saves the resources loaded by itself, we can also see that all loader instances load resources at one time 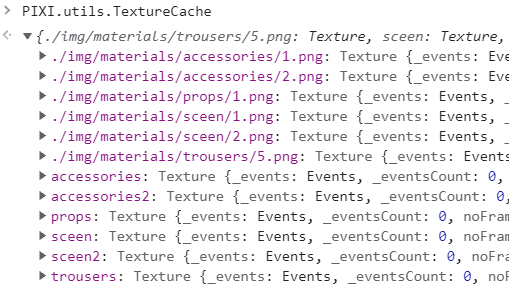 There are also easier ways to get the cache

You can get the cache by directly passing in the picture path. After all, some pictures are requested back, and not all pictures will be taken at the beginning. Go through the loader process

Pictures may fail to load, so considering the fault tolerance of the application, we will encapsulate a method to obtain the cache of pictures

Get the image from the cache first. If the cached image does not exist or is loaded for use, rebuild the cache

After the container is created and the resources are loaded, it is necessary to create the elements in the game, which are generally called Sprite. In short, the characters, props, background and decoration in the game are called elements

The main part of the game is the spirit element, so the element involves a lot of content

1. Only incoming cache resources are supported

Through the from method, you can quickly create an element through a picture link

After the wizard is created, it needs to be added to the container before it is displayed

It's ok for sprites to modify attributes directly. pixi will complete dynamic update, which is similar to Vue modifying attributes

For example, modify the picture and directly replace the cache resources

For example, modify the width and height

To remove a specific element, you can remove multiple elements at the same time

However, these two methods have not been used when making requirements

The created element has no name by default

If you want to use this method, you need to manually give the element a name 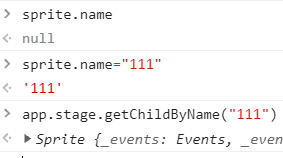 Of course, you can also get the number of getChildAt(index)

The content of element drawing is mainly divided into three categories: pictures, graphics and text

Drawing pictures has been said. It's relatively simple

Through the creation of new Sprite() or Sprite.from(), the image data is loaded into texture cache through PIXI.Loader, or directly using image link

The api for drawing graphics is almost the same as that of Canvas, but Pixi can draw high-performance graphics through webgl. Post a few examples

Since the drawing elements must have these basic drawing effects, control the size, position, rotation, scaling, origin, stacking and so on

Scaling is scale. There are two ways to modify it

Or call a method

1. scale is based on the original size of the picture

If sprite.scale = 0.5 is set at this time, it is scaled based on the original size instead of 64

2. Setting scale may not be valid

If the width, height and scale are directly set for the sprite element when the image is not loaded, then the scale is invalid at this time

For example, use Sprite.from("https: / / picture link") to create sprites

The width and height of the best displayed sprite element is 64 * 64, which will not be reduced to 0.1 times

Rotation is to modify the rotation attribute 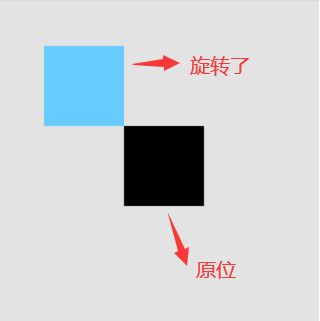 Element rendering and rotation change have a base point, just like the css attribute background origin.

The default base point is the upper left corner of the element. Base point x = 0 and base point y = 0. The rendered x, y and rotation are based on this base point 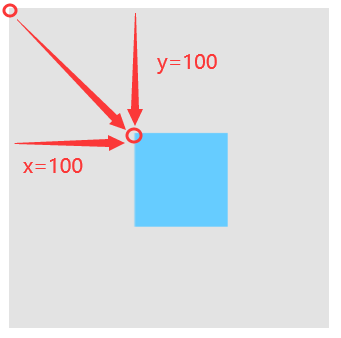 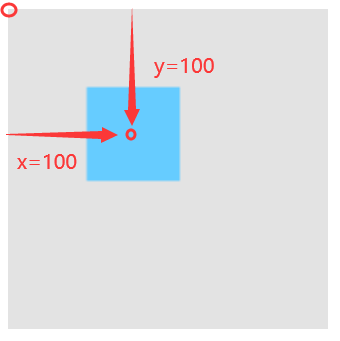 For comparison, if the base point is set, it will move to the upper left as a whole 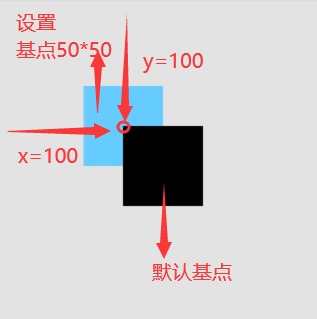 PIXI doesn't officially have the concept of base point, but I call it for unification. It is divided into origin and anchor point

These two attributes are used to set the base point. The difference is that the value units set are different

The two attributes are written as

It can also be abbreviated as

The attribute that is usually set more often is pivot, because anchor can not be set for any element

For example, the pivot and anchor attributes can be set for the element created by Sprite

However, the containers and graphs created have only the pivot attribute

The game will create many elements. We can't add one into the root container

In this way, the relationship between elements is very chaotic, which is not conducive to management

Therefore, the elements will be grouped, that is, a new container will be created to store a class of element sprites

For example, a character usually needs to create multiple elements, such as head, body, legs, hands, clothing, weapons and so on

For example, when a character moves, all elements need to be moved. It only controls the movement of the character container, not every element

Very simple, the code is as follows 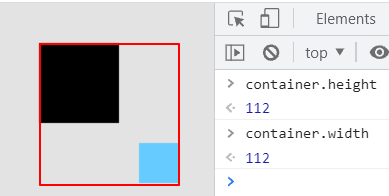 The default starting position of the container is x =0 and y = 0, but the above container does not start at the (0,0) position (container X and y are not modified)

Because the part framed in red above can only be called size, but actually the whole container contains

So the outermost red box is the whole container 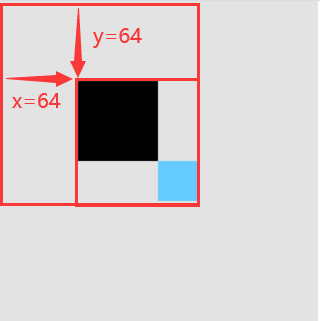 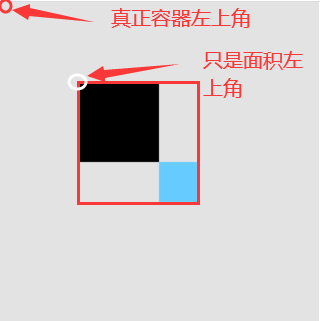 For example, if the size and position of the child elements remain unchanged and the container start coordinate xy is modified, this is the result 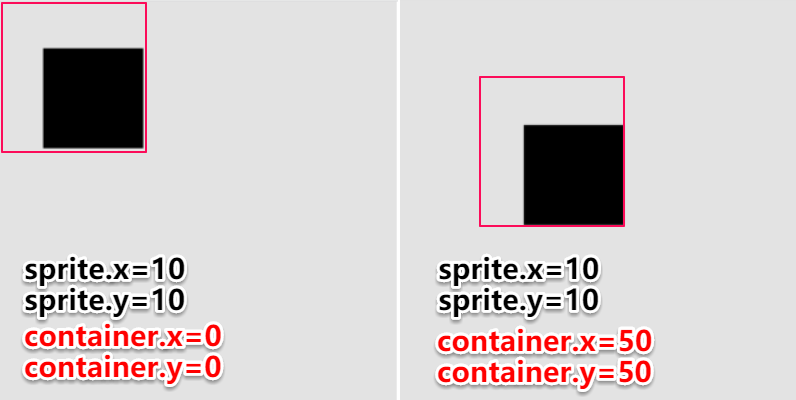 The blue box should be 32 * 32 after shrinking with the container, but the actual data obtained is still 64 * 64

If you want to get the actual size, you need to use the getBounds method

The coordinates obtained by getBounds are calculated based on the upper left corner of the element, not the base point of the element

As shown in the following figure, after setting the base point of element r1 as the center, the element runs to the upper left, so the closer the upper left corner is (0,0) 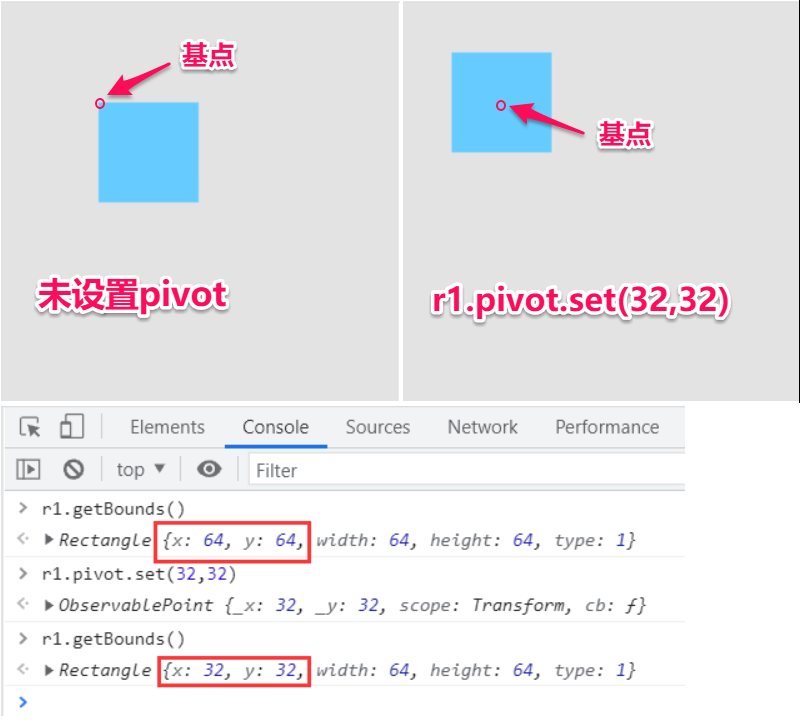 1. The element gets its own x and y, which are fixed, and the element width and height are only affected by its own scale

2. If getboundaries obtains x, y, width and height, the rendering result shall prevail

Adding events to canvas is very troublesome, but PIXI has done this well. We can use it as simple as dom listening for events

I haven't found any pits yet

How to add events

It mainly sets interactive to true for the element, and then listens for events