First of all, understand what is return. The purpose of regression is to predict the target value of another numerical data through several known data. 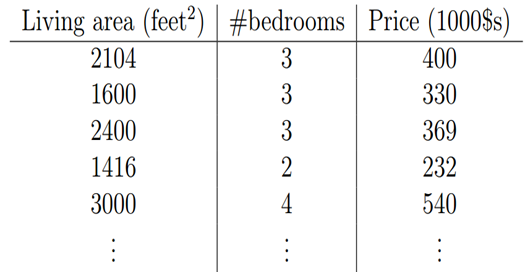 They satisfy the formula

Theta in the above formula is a parameter, also known as weight, which can be understood as the influence degree of x1 and x2 on h(x). A little change to this formula is

In the formula, both θ and x can be regarded as vectors, and n is the number of features.

Before we introduce LMS, we need to understand the concept of loss function.

So how to solve the problem after transformation? This involves another concept: LMS and gradient descent.

LMS is the theoretical basis for obtaining the h(x) regression function, and the best parameter is obtained by minimizing the mean square error.

First, we give an initial value of θ, and then update the value of θ in the direction where J(θ) changes the most, so we iterate. The formula is as follows:

Solve the partial derivative as follows: 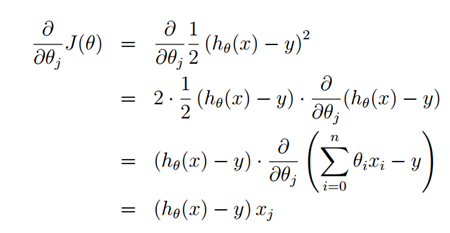 Then the iterative formula of theta becomes:

In the previous section, the parameter calculation formula of a single sample is transformed into the following expression for processing multiple samples:

This new expression requires all training set data for each step of calculation, so it is called batch gradient descent.

The execution process of the algorithm of batch gradient descent is as follows: 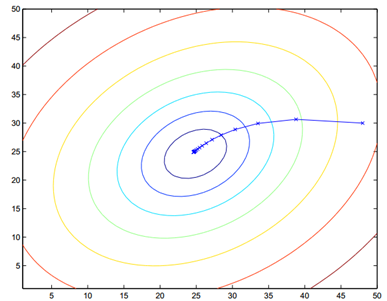 Look at the mathematical expression of batch gradient descent carefully. Each iteration requires the sum of all data set samples. The calculation amount will be very large, especially when the training data set is particularly large. Is there a method with less calculation and good effect? yes! This is: stochastic gradient descent (SGD)

When calculating the direction of the fastest descent, the random gradient descent selects one data at random for calculation instead of scanning all the training data sets, thus speeding up the iteration speed.

The random gradient descent does not converge in the direction of the fastest descent of J(θ), but tends to the minimum in the way of oscillation.

The expression of random gradient descent is as follows:

The execution process is as follows: 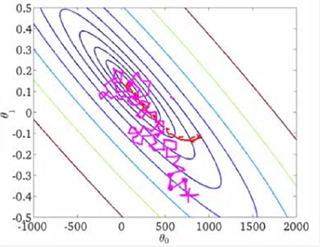 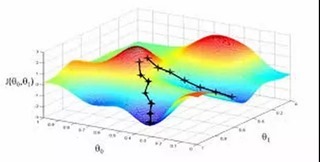 [failed to transfer the pictures in the external link. The source station may have anti-theft chain mechanism. It is recommended to save the pictures and upload them directly (img-s0biasjK-1592112372128)(D:\CSDN\Blog92103434656.png)) 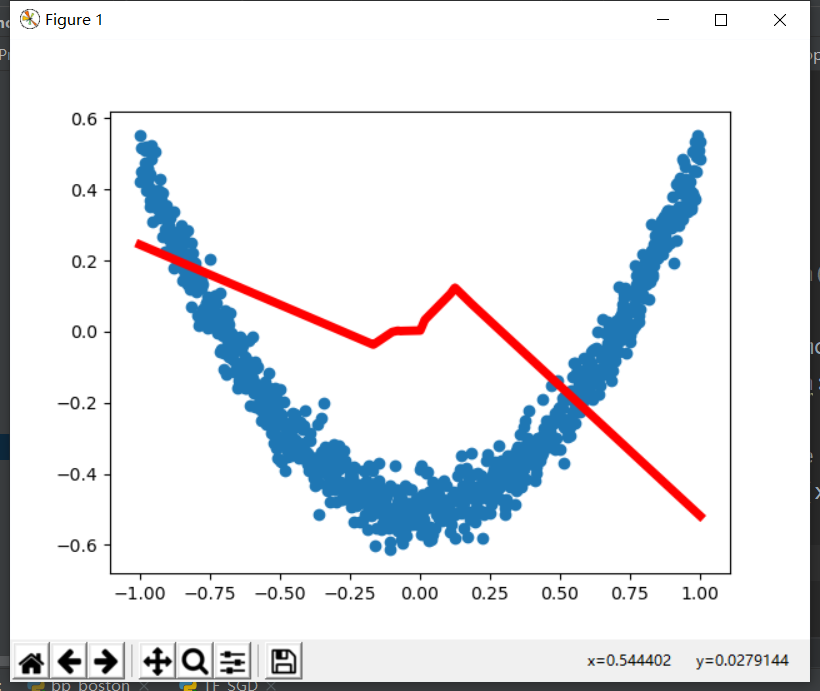 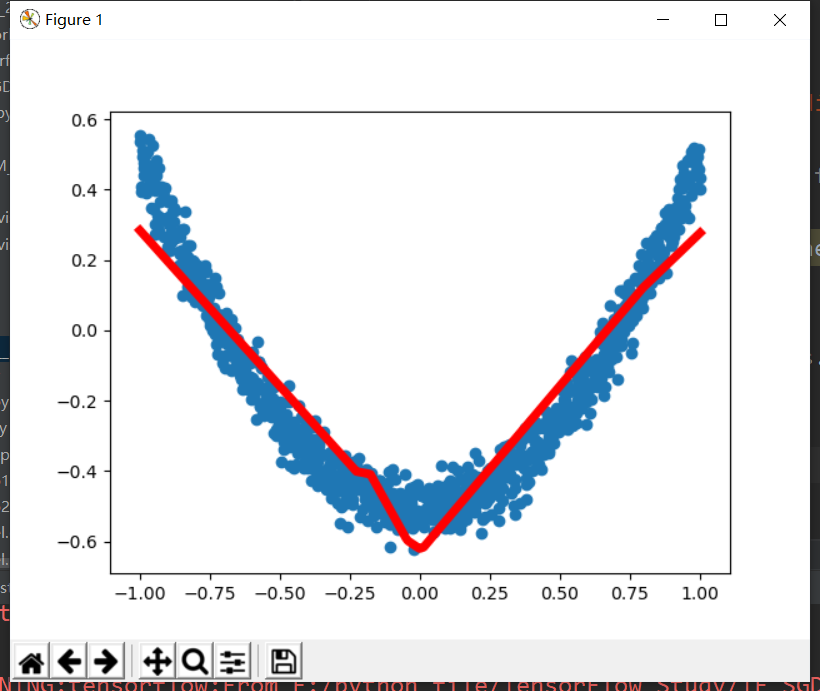 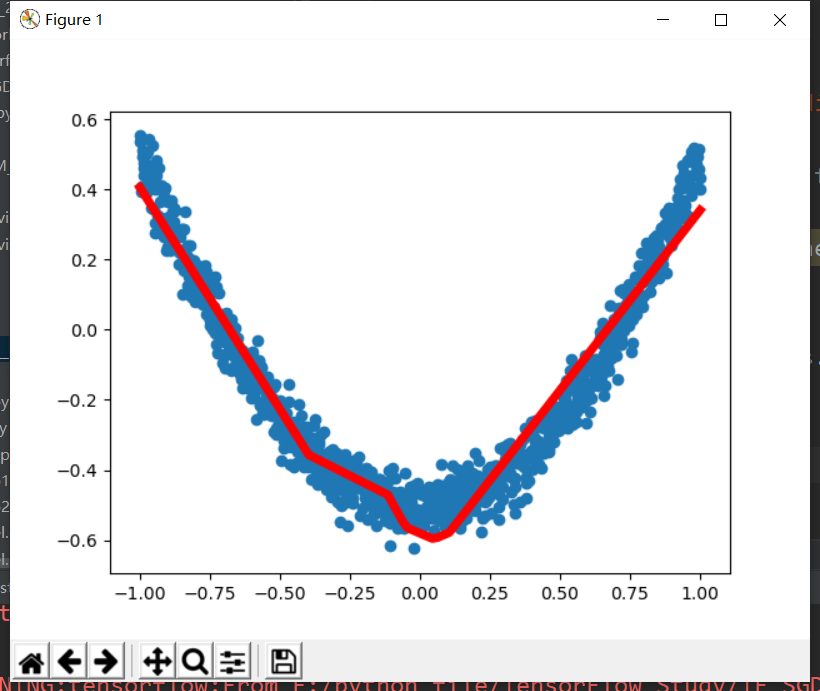