This article introduces Git's actual combat. It only talks about dry goods. Everything starts from reality and seeks truth from facts. It doesn't talk about those rarely used in work.
What's more, those who engage in technology must have the spiritual realm of knowing its nature and why, otherwise it can't become a climate.

By default, the git Sakamoto installed by Centos7 using yum is 1.8.x.y, which is too old. 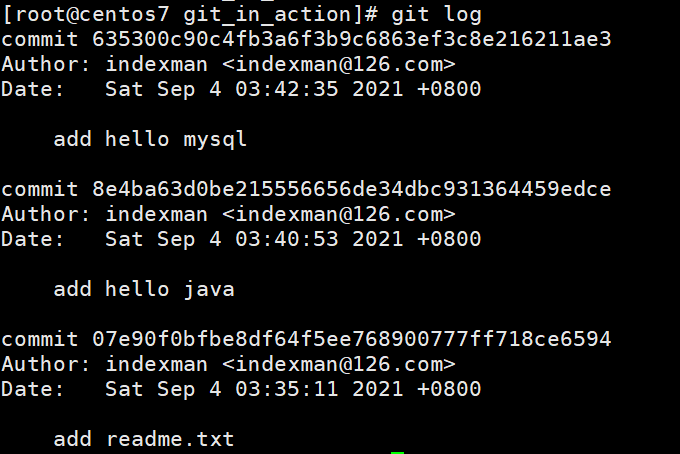 Note that git reset HEAD only affects the temporary storage area, not the contents of the workspace. Therefore, you also need to execute the git checkout command.

Note: add the parameter – hard, and directly modify the content of the workspace. Operate with caution. 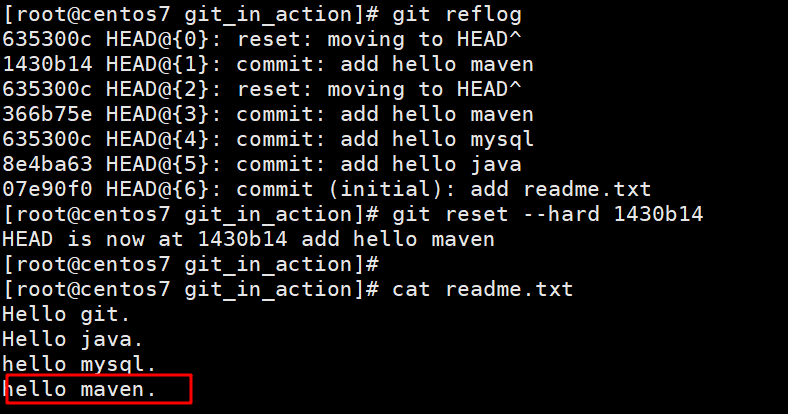 The workspace, as its name implies, is a folder that has been initialized with git init.

It is used to temporarily store the modifications submitted by git add. 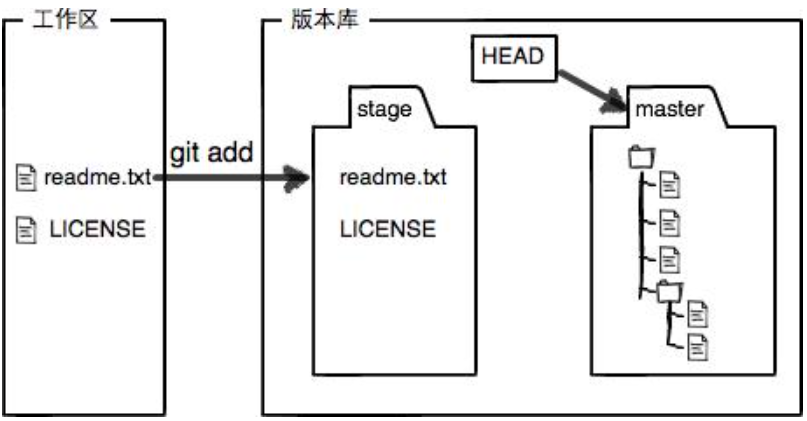 The workspace has a hidden directory. Git, which is not the workspace, but the Git version library. 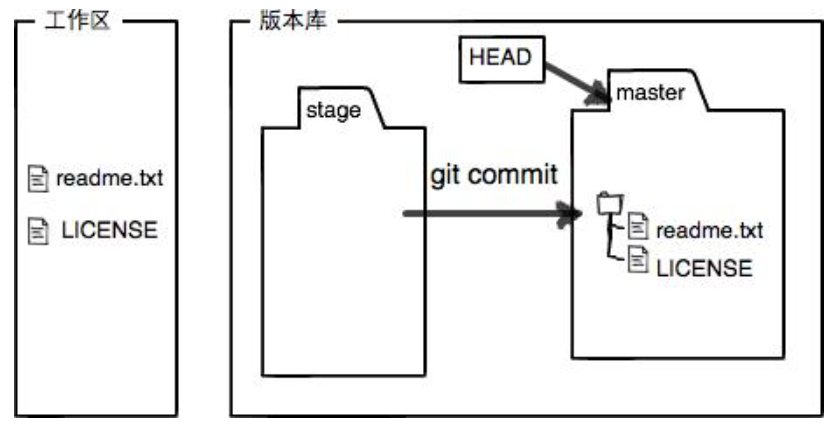 Otherwise, execute git checkout -- test.txt, that is, overwrite the working directory with the version in the version library. In this way, the wrongly deleted file is restored:

In work or study, local projects are usually managed in a remote GIT warehouse. The advantage is that if I have multiple computers or individuals to develop the same project, it is convenient for centralized version management. As long as the modified content on each person or device is submitted to the remote code warehouse, other devices can pull and update to the local library. Common remote warehouses include Github, domestic code cloud Gitee, private server GitLab, etc. Here, take the code cloud as an example to show how to use GIT in our virtual machine_ in_ The action project is hosted to the server.

This step is to tell the remote warehouse the identity of the device. If you have multiple devices, you can generate different public keys on multiple devices and upload them to the code cloud. For example, my: 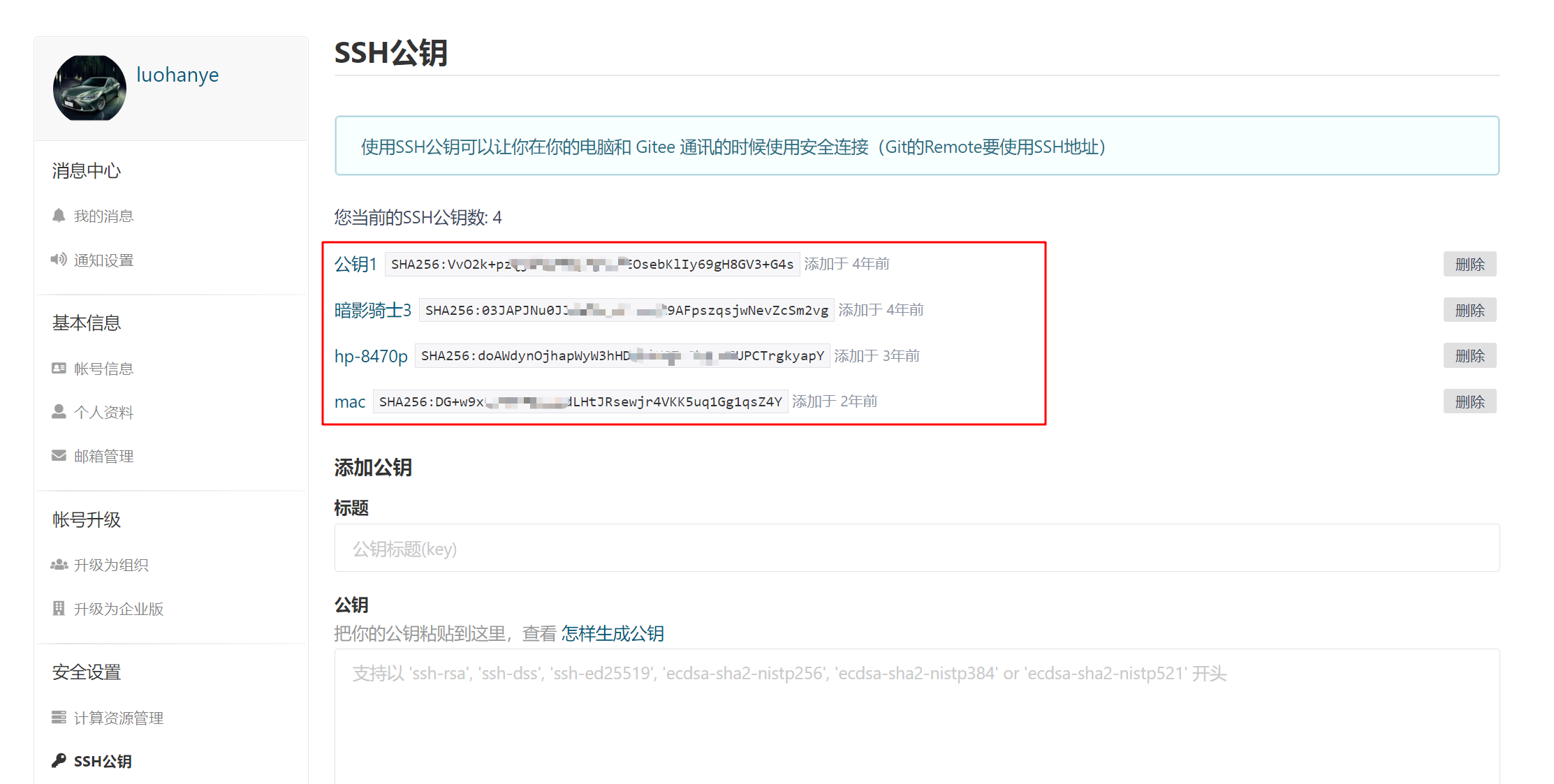 Warehouses are divided into public and private. Private can only be seen by themselves, and public owners can see and participate in collaboration. 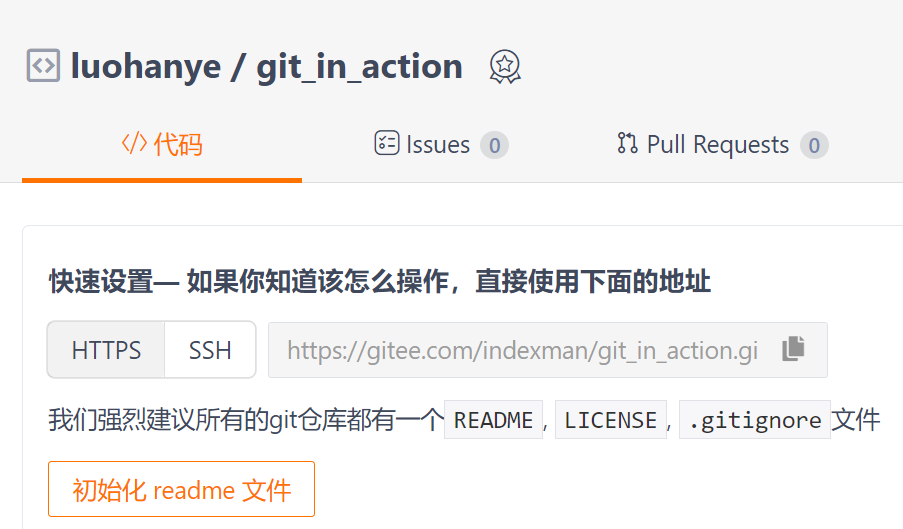 Since we have a git warehouse locally, we need to upload the local content to the remote git warehouse, and operate as follows:

If you don't want to prompt for the password every time you push, you can change the remote warehouse to one without https:

Modify the file under the dev branch, and then switch to the master branch after submitting to merge the modifications.

Note: you can also use: git switch -c dev to switch branches