As can be seen from the following figure, compared with the traditional image format, WebP format has browser compatibility problems. This paper realizes the adaptive loading of WebP format by means of engineering.

In order to use the WebP format in front-end projects and be compatible with browsers that do not support the format, the common practice is to judge the browser support and introduce WebP pictures or pictures in other general formats. There are several processing methods for the three scenes of introducing pictures: HTML, JS and CSS:

With the help of the characteristics of label adaptive loading, as follows, the WebP format is placed on the label and covered with JPEG, PNG and other general formats.

Judge whether the browser supports WebP through JS. If yes, introduce pictures in WebP format. If not, introduce general formats such as JPEG and PNG. There are two judgment methods:

First, you need to judge whether the browser supports WebP format. If so, add the class name ID in the HTML root node.

Then, the priority of the selector is used to achieve the adaptive loading of WebP. The way of introducing pictures into CSS is changed as follows:

When a large number of local pictures are imported into the project, the manual processing method is cumbersome. In addition to processing separately according to the import method of pictures, all pictures need to be converted to WebP format in advance.

Considering that most front-end projects are built by Webpack, we try to develop a Webpack plug-in to support the conversion of pictures in the project to WebP format and the adaptation of picture format.

First, the pictures in the project need to be converted to WebP format. Considering the time-consuming local conversion, this step is more suitable for the cloud. The service for processing pictures in the cloud is also relatively mature, which is provided by most cloud service manufacturers, and the volume of packaged products can be significantly reduced after the pictures are uploaded.

The first step is to collect the image files in the project and upload them to the cloud, file-loader The file imported by import/require() can be written to the target folder and parsed into url, so it can be modified on the basis of file loader. The scheme is as follows:

Front end projects usually use html-webpack-plugin , the plug-in can help create HTML files and automatically introduce bundle s generated by Webpack. Multiple hook s are provided in the plug-in, as shown in the following figure. To ensure that the head and body tags have been generated, you can choose to inject relevant judgment code in the alterAssetTagGroup phase. 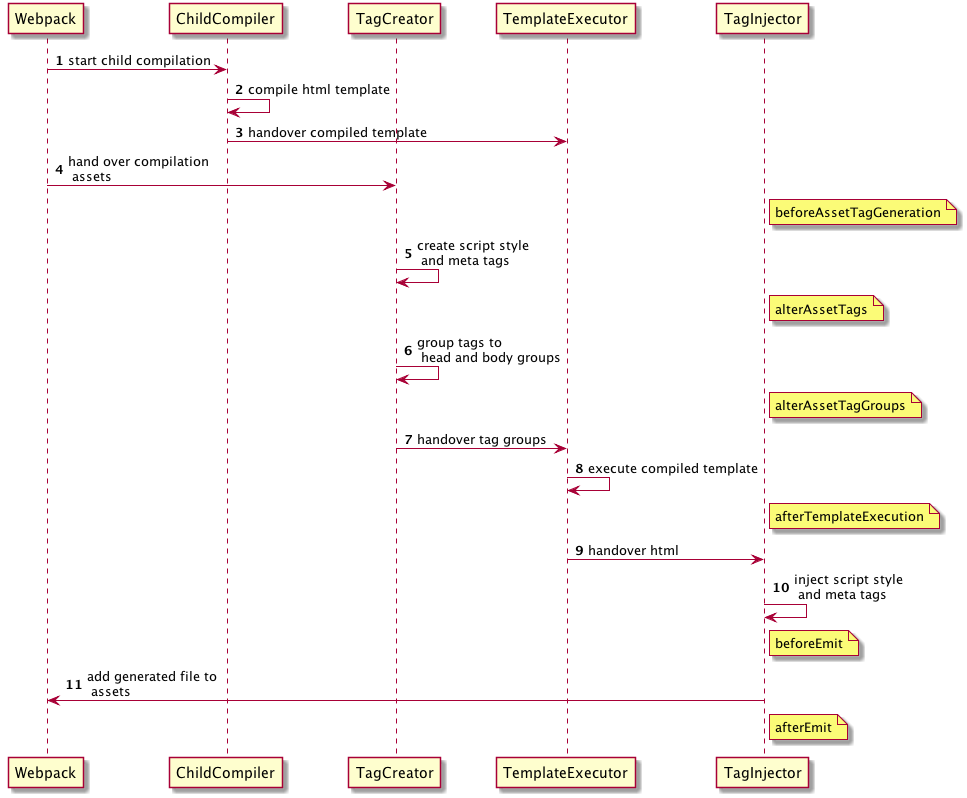 There are two schemes for processing images introduced in CSS:

The disadvantage of the first scheme is that it changes the priority of some styles, which may affect the overall style, so the second scheme is adopted.

The scheme of this paper selects the one provided by volcanic engine veImageX picture service To process the picture. veImageX is the overall picture solution provided by the volcano engine, which can convert pictures into WebP, HEIF, AVIF and other formats, and support the complete process from picture upload, storage, processing to distribution.

After the pictures are uploaded to veImageX, you can quickly access various cloud processing capabilities of veImageX, such as cutting, rotation, filter, eraser, content erasure and other AI processing capabilities, and you can easily obtain pictures in different formats by changing the URL suffix. Therefore, the following scheme is implemented based on veImageX deployment.

This part is separately encapsulated into veimagex-webpack-loader , it supports uploading the pictures in the project to veImageX. You can directly use the loader if you do not need the adaptive ability of WebP.