Produced by Vue Chinese, Alibaba acquired the progressive framework for building user interface and developed it from bottom to top

NodeJS is a JavaScript running environment based on Chrome V8 engine

At present, the mainstream of the market is ES6 standard, but TypeScript may become a trend. For example, the language selected by Vue 3.0 is TypeScript. TypeScript will bring the gorgeous turn of JavaScript into a strong language, so its development trend should not be underestimated.

HTML (Hyper Text Markup Language) is the most basic development language for Web pages. It is a markup language founded by Tim Berners Lee, the inventor of the Web, and Daniel W. Connolly, a colleague, in 1990. It is the application of the standard General Markup Language SGML. Developed and expanded by W3C organization. Its function is very weak, not even the scripting language. Compared with the strong language java, it is a sky and a ground, but it is small and beautiful, and it is the overlord of website development.

HTML is a markup language. Tags are divided into start tags and end tags

If there is no content between the beginning and end, it can be combined into a self closing label

The full name of CSS is called cascading style sheet stylesheet. It is a technology used to modify HTML web pages and enhance the display ability of web pages.

Get the value of class through

By # getting the value of id

Note: select the element with id=x in the web page. Since the value of ID cannot be the same, only one element is selected

4. Group selector: divide the elements selected by multiple selectors into a group and set the style uniformly

5. Attribute selector: select elements according to different attributes of labels 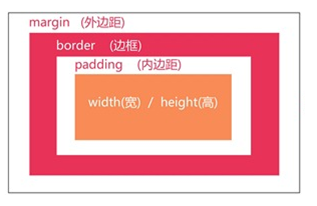 Width and height can be set. If you do not set the width and height, where the width is the default to fill the parent element, and the height is determined by the content

The outer margin, border and inner margin can be set

By default, multiple inline elements are on the same row

Width and height cannot be set

JavaScript was first designed and implemented on Netscape Navigator browser by Brendan Eich of Netscape in 1995. Because Netscape cooperates with Sun, Netscape management wants it to look like Java, so it is named JavaScript. But in fact, they don't matter at all. Java is a strong language and almost omnipotent, while JavaScript is a scripting language, which is limited to browsers.

JavaScript follows ECMAScript standard issued by ECMA international organization. As of 2012, all browsers fully support ECMAScript 5.1, and older browsers support at least ECMAScript 3 standard. On June 17, 2015, ECMA International released the sixth edition of ECMAScript, abbreviated as ES6. Its goal is to make JavaScript language can be used to write complex large-scale applications and become an enterprise development language. Many js related technologies follow this standard, such as the most popular Vue.

JavaScript is a weakly typed language. Like other languages, it has its own syntax, data types, expressions, arithmetic operators, etc.

JS is an object-based and event driven scripting language, which is usually used to improve the interaction between web pages and users.

Object based: it can not only create objects, but also use existing objects. JS has no concept of class and no compilation process. It is to explain and execute at the same time.

Event driven: in JS, in most cases, events trigger the execution of driver functions to realize specific functions. (for example, click div to replace the content with time. When the mouse slides over the element, the element will flip dynamically.)

Scripting language: a small program embedded in the client browser in the network front-end development environment.

(1)JS is a literal language, which directly executes the source code

It is a process of interpretation and execution without compilation (unlike Java, which needs to be compiled into a class file in advance and then run)

(2)JS is a weakly typed language without strict data types

(2) Certain security (JS is mandatory. You can't access anything other than the browser, but only the browser and the resources inside the browser)

JS can be executed wherever there is a browser

Note: do not import JS code and JS file through a script tag at the same time, which will cause the code not to execute! For example:

In JS, there is only one numeric type, floating point.

In JS, data type conversion will be performed automatically when necessary. For example, floating point and integer types will be converted automatically during display and processing.

In JS, string is the basic data type.

The value is true or false;

Only one value is undefined. It means that the variable has no initialization value.

There is only one value, which is null. It represents a null value or an object that does not exist.

js is a weakly typed language. All types of variables are defined with var keyword, and the types of parameters can be converted at any time.

javascript is not similar to using static language types. For example, the variable type of java is determined at compile time; it uses dynamic types, that is, when the type is uncertain at compile time, the runtime will dynamically determine its type according to the variable assignment, which is more flexible. This is also a double-edged sword. It is difficult to check its assignment errors at compile time.

Note: for the statements in JS, the judgment condition can not be boolean type, because the data type conversion will be carried out automatically in JS.

JS array is used to store multiple values in a single variable (actually a container).

(1) Any data type can be stored in JS array

(2) The array length in JS can be changed

A function is a code block wrapped in curly braces, preceded by the keyword function

Method 1: declare a function through the function keyword

Note: when calling a function in JS, the number of arguments passed will not be wrong if it is different from the number of declared parameters.

But it's best to pass it by the number of declarations, because the number does not match, which may cause some problems!!!

jQuery is a lightweight, free and open source JS function library, which is mainly used to simplify JS code

The core idea of jQuery: "write less, but do more"

With jQuery, you can select (query, query) HTML elements and perform "actions" on them.

jQuery syntax is to select HTML elements and perform some operations on the selected elements.

The basic syntax is: $(selector).action()

1. The writing method of js is simplified, and $is used instead of document.getXxx()

2. It is very convenient to get elements like CSS selector

3. You can control the effect of the page by modifying the css style

JQuery is actually a JS file. If you need to use jQuery, you need to download it, and then use the script tag of HTML to reference it. It should be located in the head part of the page.

When should I use the document ready event function?

The jQuery selector allows you to manipulate groups of HTML elements or individual elements.

The response of a page to different visitors is called an event.

Event handlers refer to the methods that are called when certain events occur in HTML.

There are many common DOM events:

Ajax is not a new programming language, but a comprehensive application of a variety of technologies

Ajax is a client-side technology, which can locally refresh web pages

AJAX is a technology that can update some web pages without reloading the whole web page.

AJAX is a technology for creating fast dynamic web pages.

AJAX can make web pages update asynchronously by exchanging a small amount of data with the server in the background. This means that a part of a web page can be updated without reloading the whole web page.

Traditional web pages (without AJAX) must reload the whole web page if they need to update the content.

Differences between json and js objects

It can be seen that if the value in the js object is an integer or a decimal, there is no need to add double quotes

Different meanings, json is a data format, and js represents an instance of a class
Transmission: json is used for cross platform and cross network transmission with high speed; js cannot be transferred
Presentation: json key value pair method. The value is a string and cannot be an object method function; js values do not have to be enclosed in double quotes. Values can be objects, functions, strings, etc
Conversion: JSON.parse(jsonStr) JSON has been used as a browser built-in object, eval(json); JSON.stringify(obj)

A lightweight mvvm framework with two-way binding and dynamic data update. The size after gzip is only 20k+
Is a progressive framework, its core idea is data-driven, component-based front-end development
The native html page operates dom through JS, while vue.js operates data.
Unlike traditional front-end development and development concerns, traditional approaches focus on the document like api, while vue focuses on data.
The advantages are obvious, thus shielding the use of complex and obscure dom structure APIs.

Vue is a progressive SPA (single page applications) * * single page framework for building user interfaces. Unlike other large and single frameworks, Vue was designed to be built on demand from the beginning. 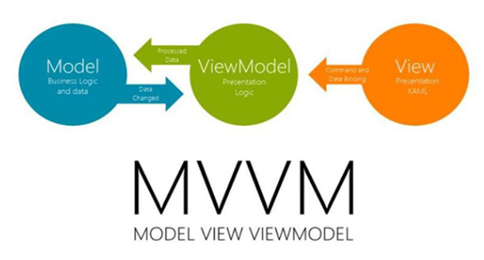 It seems that the structure is very simple, but there is a deep mystery. Different from the traditional framework, Vue adopts the latest MVVM framework. Its biggest feature is that the traditional js mechanism operates the page. For example, in the case of html+css+js we wrote earlier, you will find that the page and the data in the page are mixed together.

The MVVM framework system introduces the layered idea that has long been popular in the back-end, which is an extension of the back-end MVC framework to separate data and pages. After the page layout is completed, we can only operate on the data. When the data changes, the content on the page will change automatically without the developer developing special code to change, such as the local refresh realized by ajax technology.

In short, MVVM framework realizes the separation of page and data, clearer code structure and clearer responsibilities. At the same time, it realizes automation, data changes and page changes. There is no need to write code. It is a great improvement. This is what javascript, jquery and bootstrap cannot do. It is also the fundamental reason why the front end began to advocate Vue frameworks. It also marks the end of jquery.