since the hexadecimal numbers in the value range of area code and bit code of Chinese characters are 01h ~ 5eh (i.e. 01 ~ 94 in decimal system), the value range of high-order byte and low-order byte of Chinese characters is A1H ~ FEH (i.e. 161 ~ 254 in decimal system). For example, the location code of the Chinese character "ah" is 1601, and the area code and bit code are expressed in hexadecimal respectively, that is, 1001H. The high byte of its internal code is B0H, the low byte is A1H, and the internal code is B0A1H. 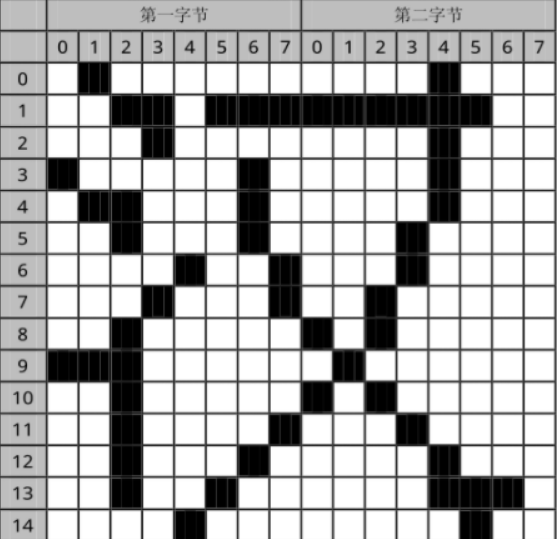 after obtaining the starting position of the lattice, we can read and take out the lattice of a Chinese character from this position.

The location code can be obtained according to the internal code: