The combination of letters and slashes in the path has a special meaning. How to cancel it?
Prefix the path string with an r
r'D:\pycharm \ test \ a.txt '

If you open a file, you need these three parameters: 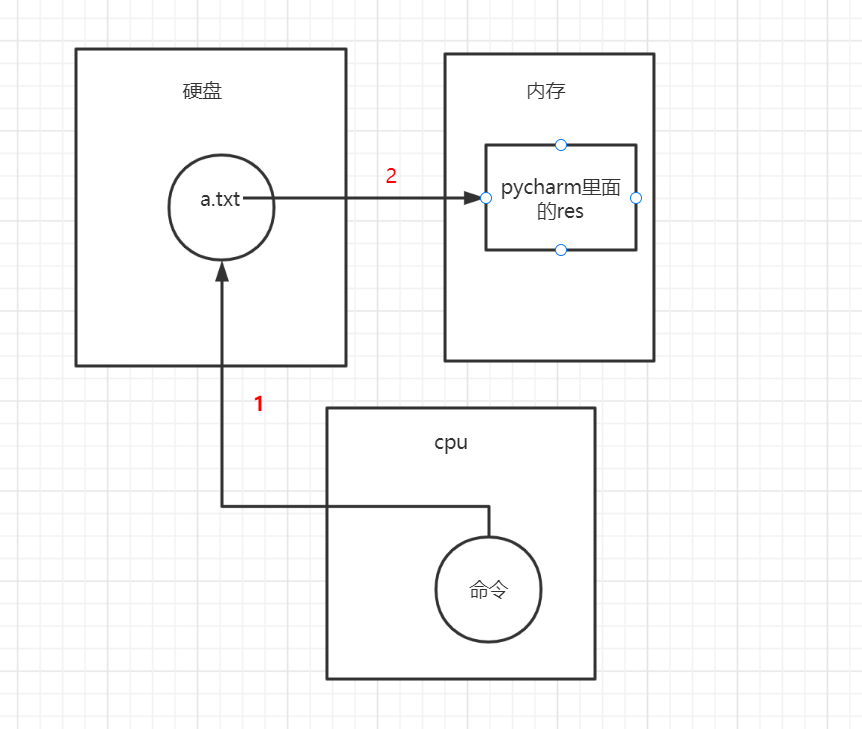 Open the file. The application program initiates a system call open(...) to the operating system. The operating system opens the file, corresponds to a piece of hard disk space, and returns a file object, which is assigned to a variable res

print(res.read()) calls the read / write method under the file object, which will be converted by the operating system to read / write the hard disk

res.close() sends a request to the operating system to close files and reclaim system resources

Open a file that contains two resources:
The variable res of the application and the file opened by the operating system. When a file is operated, all the resources related to the file must be recycled. The recycling method is as follows:

1. res.close() # reclaims file resources opened by the operating system
2. del res # reclaims application level variables
del res must occur after res.close(). Otherwise, the files opened by the operating system cannot be closed and resources will be occupied for nothing.
The automatic garbage collection mechanism of Python determines that we don't need to consider del res, which requires us to remember res.close() after operating the file, but most people still forget res.close involuntarily. Considering this, python provides the key word with

1. After executing the sub code block, with will automatically execute f.close()

Among them, pass is only to complete the grammatical structure, which has no practical significance.

2. You can use with to open multiple files at the same time, separated by commas

Specifies the character encoding of the operation text file

The operating system operating system opens the file. If the text file is opened, it will involve the character encoding problem. If no code is specified for open, then the default encoding of the open text file is obviously the operation system says that the operation system will open the file with its default encoding, gbk under windows, utf-8 under F, and open.

This uses the knowledge of character coding mentioned in the last lesson: if you want to ensure that there is no random code, you should open the file in what way you save it.

Controls the mode of file read and write operations

Just remember three ①. 'r' (default): read only ②. 'w': write only ③. 'a': write only
r Read only mode (can only be viewed and cannot be changed)

w Write only mode (write only, no view)

After running, it is directly cleared and re written to hello world! 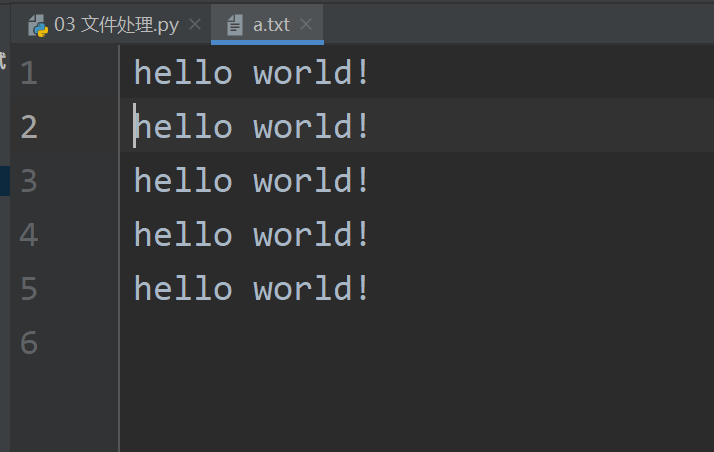