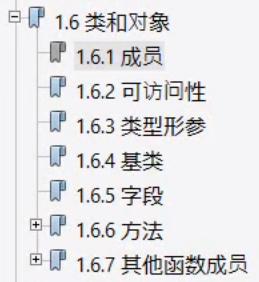 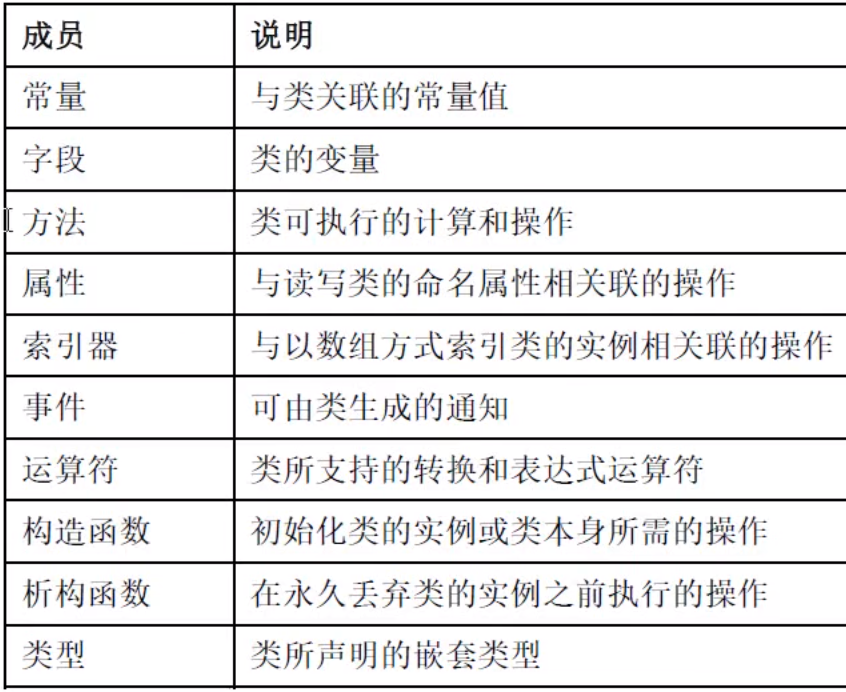 The essence of a program is "data + algorithm". The following four members are used to represent "data".

(2) A field is a member of a type, commonly referred to as a member variable“

Fields are essentially variables and members of objects or types, so they are generally called "member variables"“ 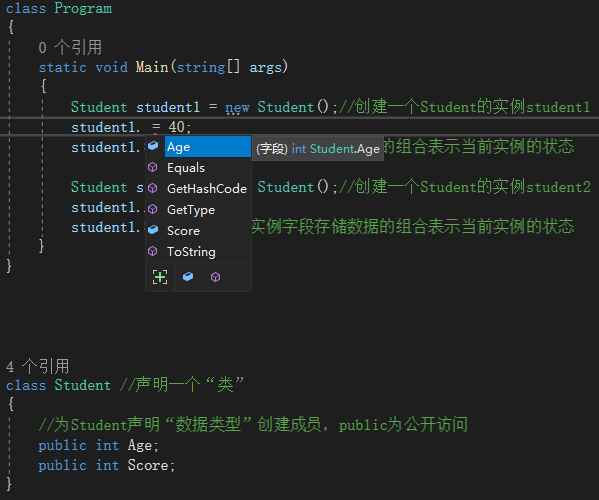 After instantiating a class, you can access its publicly accessible data type (instance field), which can be used to represent the state of the instance. 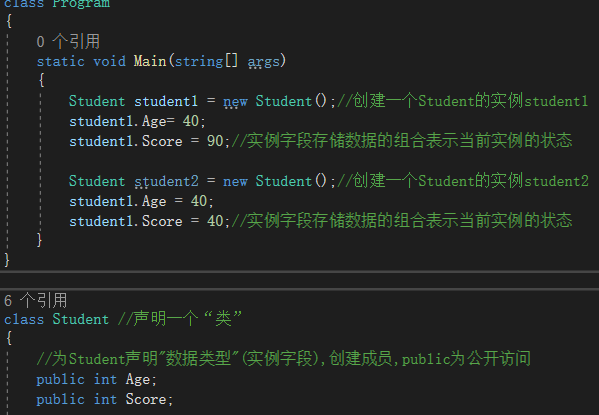 The instance field stores data for the instance, and the combination of data represents the current state of the instance.

Both static fields and static methods can be accessed when the reference class creates an instance.

Static fields, static methods and instance fields in the class can be accessed only when an instance is created by referencing this class. Static fields can call methods directly without creating an instance. For example:

Constructor: constructor is a special method. It is mainly used to initialize an object when creating an object, that is, an object Member variable Assign initial value, total and new operator A special class can have multiple constructors, which can be distinguished according to the number of parameters or parameter types heavy load.

A field is a member of a class, but it is not a statement. Therefore, when declaring a field, it should be written in the "class body" instead of the "method body" or "method body" (that becomes a "local variable").

The syntax of the field declaration with "opt" subscript is optional or negligible.

(field modifier): it can be one or more, but it must be a meaningful modifier combination, such as public/    public static; public and private cannot be used at the same time.

Where the field is  ” The field modified by "readonly" (read-only modifier) is called "read-only field", so you can only read the value in the field and cannot modify it.

(variable declarator): it can be "variable name" or "variable name plus variable initializer (that is, an assignment symbol plus an initial value)".