[experience summary] for the optimization of storage form, PTA 7-3 Icelanders

In the 2018 World Cup, Iceland became famous because of its 1-1 draw with the powerful Argentina. Good people find that Icelanders seem to have a "son" behind their names, so some netizens popularize science as follows: 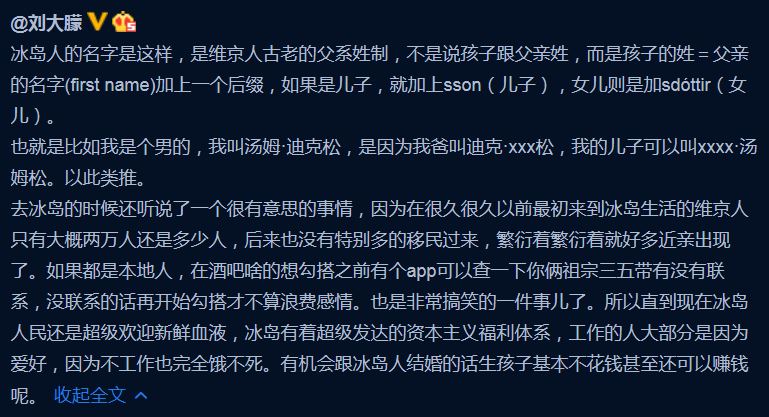 Icelanders follow the old Viking patriarchal surname system. The child's surname is equal to the father's name plus the suffix. If it is a son, add sson and a daughter add sdottir. Because Iceland has a small population, in order to avoid the reproduction of close relatives, locals use an App to check whether their ancestors have been connected for several generations before communication. Please realize the function of this App.

Input first gives a positive integer N on the first line ( 1 < N ≤ 1 0 5 ) (1<N≤10 ^5 ) (1 < N ≤ 105), is the local population. Then N lines, each line gives a person's first name in the format of first name and last name (with gender suffix), and both strings are composed of no more than 20 lowercase English letters. Viking descendants can judge their gender by the suffix of their surname, while others add m after their surname to indicate male and f to indicate female. The title guarantees that the origin of each Viking family given is male.

The next line gives the positive integer M, which is the number of queries. Then, in line M, each line gives a pair of names in the format of first name 1 last name 1 first name 2 last name 2. Note: the last name here does not have a suffix. All four strings consist of no more than 20 lowercase letters.

The title guarantees that there are no two people with the same name.

For each query, the following information is displayed in one row according to the results:

This code is referenced from Leng Yun's blog

The idea of this problem is very simple, that is, using a hash table.

This topic is issued to emphasize the importance of data storage form for code implementation.
It can be seen that when storing everyone's data, the second code uses the Person class to analyze and store the Person's gender and parent name. Compared with the first code, which is directly stored in string form, the implementation of the second code is much simpler when doing operation analysis later.

Data can be stored in various forms. We should choose the form that is most conducive to subsequent operation and analysis for storage.

Original is not easy, thank you for your support.