When planning measurement collection, the problem inevitably arises, that is, defining which measurements to observe. To answer this question, we should turn to current best practices and methods. In the following topics, we will outline some of the most influential and interesting methods that can reduce noise and improve visibility in terms of performance and general reliability. 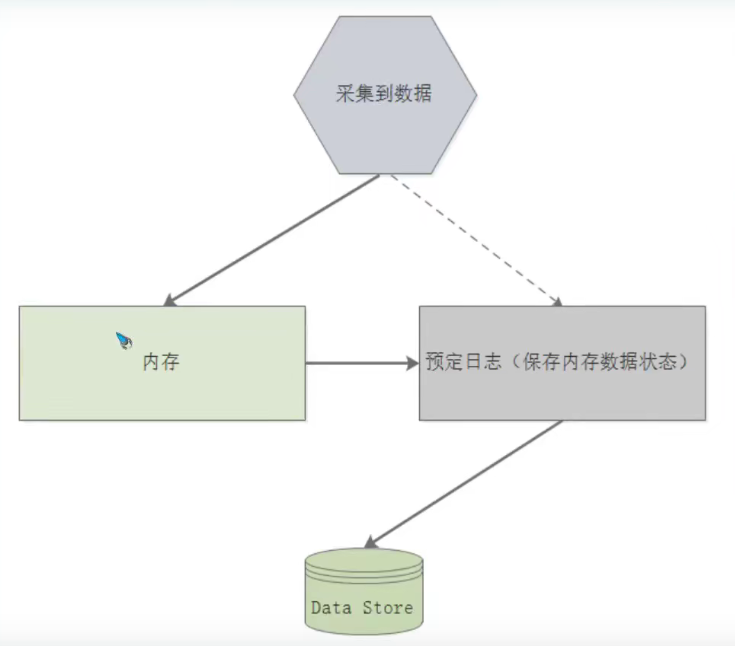 At the top level, you can also see that the data is not refreshed to the WAL of your own data block:

prometheus stores data in a bit time series, including key value pairs called tags, timestamps, and last values. The following topics extend these components and provide the basics of each component.

Prometheus' time series is as follows:

As you can see, it is represented as a measure name, optionally followed by one or more sets of label names / values in curly braces, followed by the value of the measure. In addition, the sample also has a time stamp with millisecond accuracy.

Although this is an implementation detail, the metric name is just the value of a special tag called "name". Therefore, if you have an internal measurement called "beverages_total", it is expressed as "_name=beverages_total". Remember that the tags surrounded by "" are Prometheus, and any tags prefixed with "_" are only available at some stages of the measurement collection cycle.

The combination of label (key / value) and measure name defines the identification of time series.

Each metric name in Prometheus must conform to the following regular expression:

Only upper and lower case letters of English letters (a-z), underscores (), colons (:) and Arabic numerals (0-9) are allowed, except the first character of the number.

Tags, or key / value pairs associated with a measure, add dimensions to the measure. Prometheus was so good at slicing and cutting an important part of the sequence of events. Although the tag value can be a complete UTF-8, the tag name must match the regular expression to be considered valid; [for example, "- za-z0-9#] *".

Their main difference in metric names is that label names do not allow colons( 😃.

Samples are collected data points that represent the values of time series data. The components required to define an instance are a float64 value and a timestamp accurate to milliseconds. It should be remembered that samples collected out of order will be discarded by Prometheus. The same situation also occurs on samples with the same unit of measurement and different sample values.

Generally speaking, a single indicator is of little value to us. We often need to combine and visualize multiple indicators, which requires some mathematical transformation. For example, we may apply statistical functions to indicators or only standard groups. Some common functions may be applied, including:

Go to Tsinghua source to download the binary package. This experiment uses prometheus-2.31.1.linux-amd64.tar.gz 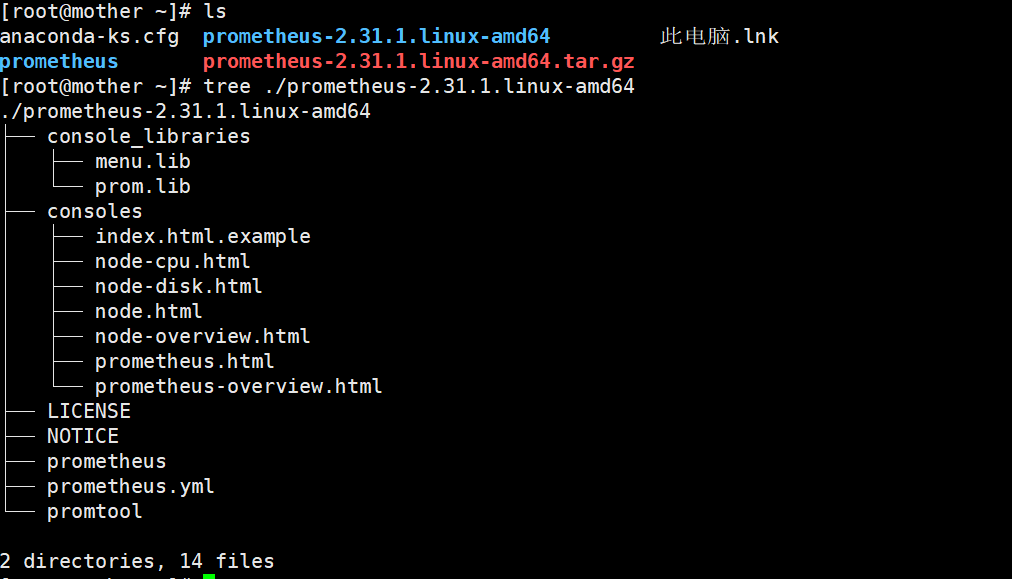 1. Configure prometheus to monitor itself

prometheus collects the data of monitored targets by collecting HTTP breakpoint data on these targets. Because prometheus will expose his data in the same way, it can also collect and monitor his health.

There are two main ways to configure prometheus:

1. Directly run in the form of command line plus options and parameters;

2. Put the options and parameters into a configuration file to run;

This configuration mainly specifies the goal of collecting metrics, that is, which services to collect values.

The configuration case is as follows:

Labels can be basically divided into topology labels and mode labels:

1. Topology label: cut service components through physical or logical composition, such as the name of the Job, the data center, etc.

2. The pattern tag is url, error code or user.

6. Relebel of Prometheus_ Understanding of configs

Re tagging is a powerful tool that can be rewritten dynamically before the target tag set is captured. Multiple re marking steps can be configured every scratch configuration. They are applied to each target's label set in the order they appear in the configuration file.

Initially, in addition to the tags configured for every target, the job tag of the target is set to each scraped configured job_name value. For example__ address__ Label is set to the address of the target. After re labeling, if it is not set, this instance will be set__ address__ Value of. And__ scheme__ And__ metrics_path__ Set scheme and metrics as targets respectively, and__ param is set to the value of the first parameter passed to the URL.

With__ The beginning label will be removed from the label set after the target is relabeled.

If the retag step only needs to temporarily store label values, use__ tmp's label prefix, which guarantees Prometheus that he will never use it.

<relable_ Action > determines the action to be relabeled.

replace: match regex with source_labels. If they match, set target_label is replacement. If the regular expressions do not match, no action will be performed.

keep: source for regular expression mismatch_ The target of labels is discarded.

drop: source for regular expression matching_ The target of labels is discarded.

Label drop: match regex to all labels. Any matching labels are removed from the label set.

Label keep: match regex with all tag names. Any mismatched labels are removed from the label set.

If no action is defined, the default is replace.

We have two stages to relabel. The first stage is to re label the target from service discovery, which is very useful for applying the information in the metadata tag from service discovery to the tag on the indicator. The second stage is after fetching the index but before the storage system. In this way, you can determine which indicators need to be saved, which indicators need to be discarded, and the style of these indicators.

Use relabel before grabbing_ Configs, use metrics after crawling_ relabel_configs.

3. Discard measures that are sensitive or do not want to contain certain labels.

When implementing these scenarios, Prometheus will apply some logic to the data before it is stored by the community and permanently.

He will make it with the name container_tasks_state and container_ memory_ failure_ The metric of total is completely deleted and will not be stored in the database__ name__ Reserved for metric name.

Discard all tag pairs containing id = '/ system. Slice / var lib Docker containers. * - SHM. Mount' or tag containers_ label_ Jenkinsid's time series. If it belongs to a single measure, this is not necessary. It will apply to all metrics with predefined tag sets. This may help to avoid unnecessary garbage pollution to the index data. For container_ label_ Jenkins ID, which is especially useful when you let Jenkins run slave servers in the Docker container and don't want them to disturb the underlying host container indicators (such as Jenkins server container itself, system container, etc.).

3. Discard the measurement of some sensitive or unwanted tags

The code side will delete the name container_label_com_amazonaws_ecs_task_arn label. This is useful when Prometheus does not want to record sensitive data for security reasons. In my example, I'd rather not store AWS resource identifiers because I don't even need them. Note that when deleting a tag, you need to ensure that the final indicator after the tag is deleted is still uniquely marked and will not lead to repeated time series with different values.

There are two rules to execute. The first one takes the measure containing the image tag name and matches. / (.), and puts it at the end of the new tag id. For example: