1. The MultiProducerSequencer requests the next node

Unlike the single producer, the next method directly sets the sequence of the producer's cursor cursor through the cursor.compareAndSet(current, next). You may ask whether consumers can obtain data in the multi producer scenario after setting the producer's cursor and before submitting data. The answer is No. the method of getHighestPublishedSequence implemented by MultiProducerSequencer is different from that of a single producer, which will be explained in detail later.

The difference from a single producer is to use setAvailable to set the data to an available state.

In the case of multiple producers, other things are needed to track the serial number. This serial number refers to the currently writable serial number. Note that this is different from "add 1 to the cursor of RingBuffer". If you have more than one producer writing to RingBuffer at the same time, some entries may be written by the producer but not submitted.

Producer 2 requests to submit data through setAvailable(15), as shown in the figure.

At this time, when the consumer passes waitFor(14), the returned result will be 13, which is good for any event processing.

When producer 1 completes submitting data through setAvailable(14), as shown in the figure.

The run implementation of BatchEventProcessor will process the data at positions 14 and 15, and obtain the available data through waitFor(16) next time. 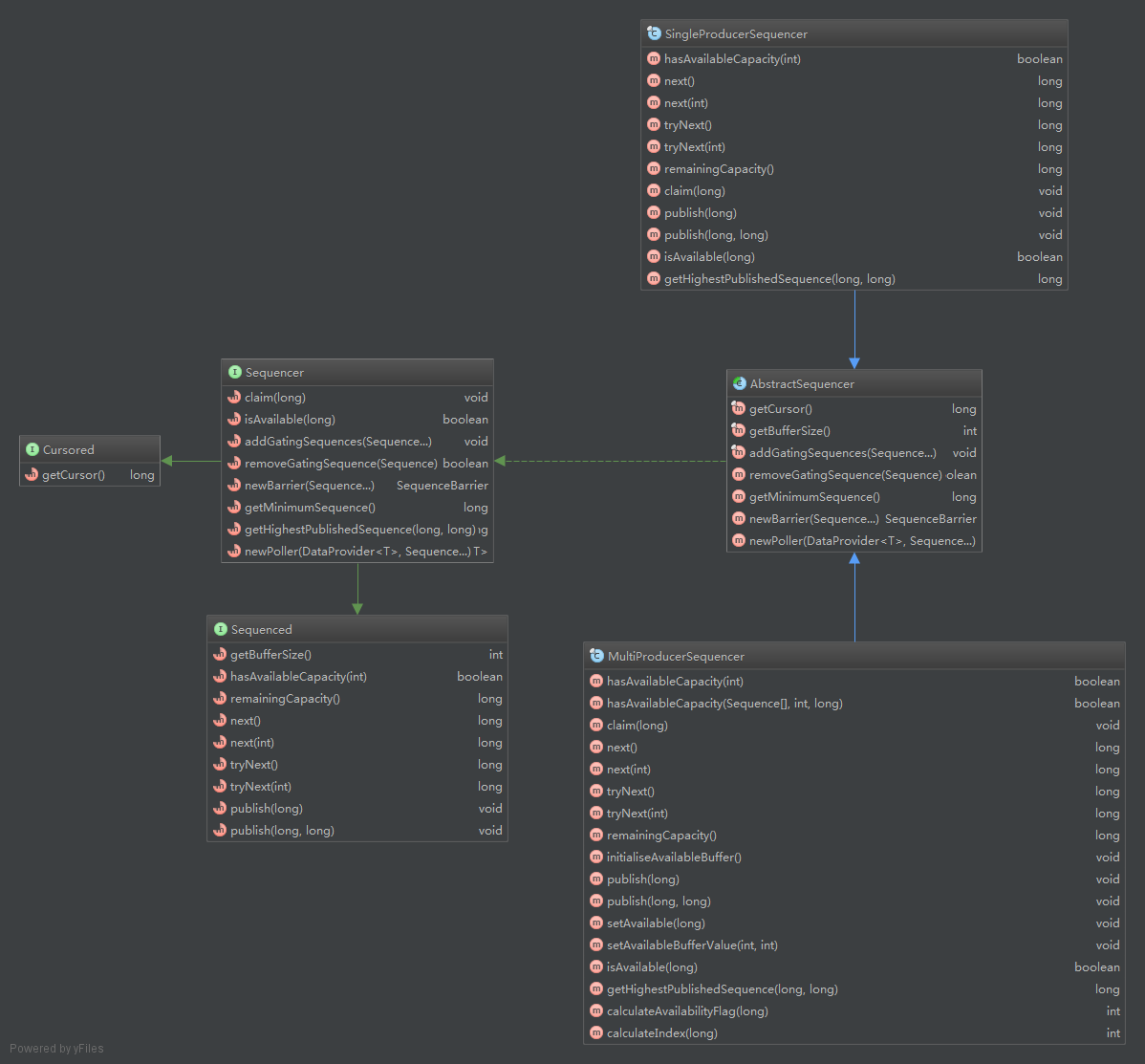 The relationship between consumers and producers is the same as that of a single producer.

4. Multiple producers obtain the next available serial number through next

Multiple producers have set cusor in the next method to obtain the sequence number. When submitting data, the sequence is set to the available state before it can be used by consumers.

Recall the waitFor function of ProcessingSequenceBarrier, which calls to sequencer.getHighestPublishedSequence(sequence,availableSequence).

Gets the largest available published sequence

isAvailable is judged through the availableBuffer

The variables used internally are as follows.

Through the above methods, you can judge whether the current sequence is available.

By directly returning the available availableSequence in the getHighestPublishedSequence method of the musiproducer sequencer, the consumer is notified of the consumption data, and the producer and consumer cooperate.