Note: The java source analysis section is based on the Java 8 version unless otherwise specified.

Note: This article divides and conquers thread pool classes based on ForkJoinPool.

With the development and widespread use of multicore processors on hardware, concurrent programming has become a technology that programmers must master, and knowledge about concurrency is often examined in interviews.

Today, let's look at an interview:

How can I make full use of multicore CPU s to calculate the sum of all integers in a large array?

The easiest thing to think of is single-threaded addition, a for loop.

If further optimized, we naturally think about using a thread pool to add segments together, and finally add the results of each segment.

Yes, it's our protagonist today, ForkJoinPool, but how does it work?It doesn't seem like you've used Ha^^

OK, the analysis is complete, let's look directly at the three implementations, no ink, serve directly.

Tong told you secretly that in fact, adding up 100 million integers, single-threaded is the fastest. My computer is about 100ms, but using thread pool will be slower.

So, to demonstrate how good ForkJoinPool is, I've performed an operation on each number/3*3/3*3/3*3/3*3/3*3 to simulate the time-consuming calculations.

To see the results:

As you can see, ForkJoinPool has a significant improvement over the normal thread pool.

Question: Can a normal thread pool implement ForkJoinPool, which is to split large tasks into tasks, medium tasks into small tasks, and finally summarize them? 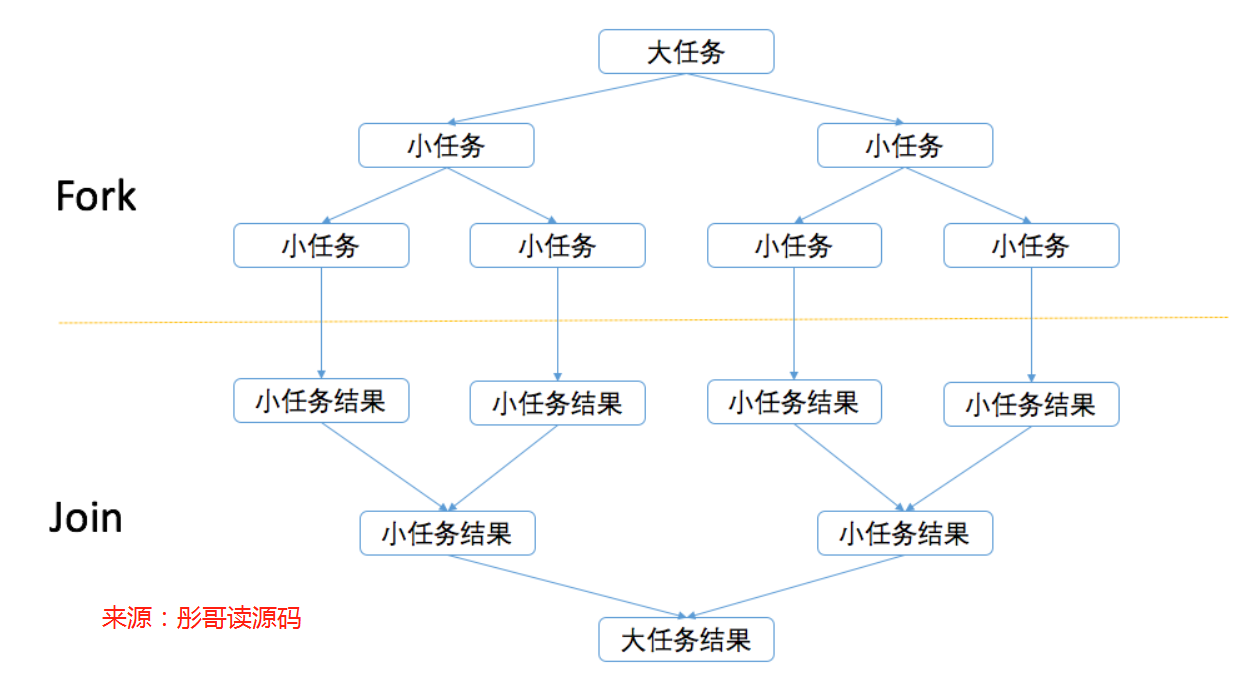 In a partition method, subproblems are generally independent of each other, so they are often solved by recursive invocation of algorithms.

ForkJoinPool is a new thread pool class in java 7, and its inheritance system is as follows: 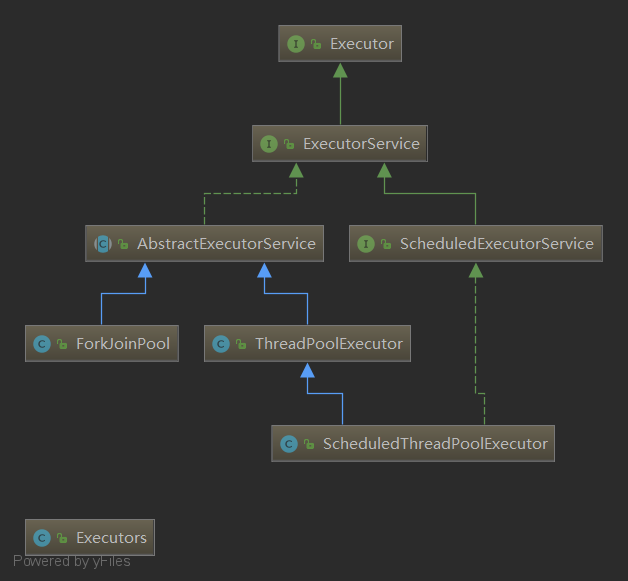 Here, another important design principle is applied, the open and close principle, which is open to modifications and extensions.

It can be seen that the interface design of the entire thread pool system is very good at the beginning. A new thread pool class will not interfere with the original code, but can also take advantage of the original features.

The fork() method is similar to the Thread.start() method for threads, but it does not really start a thread, it puts tasks into the work queue.

There is a return value task.

No return value task, callback can be triggered when the task is completed. 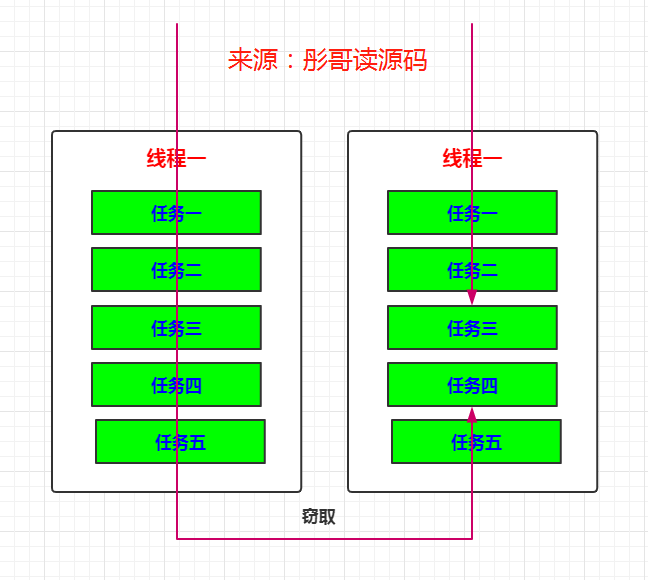 (1) Each worker thread has its own workqueue WorkQueue;

(2) This is a double-ended queue, which is private to threads;

(4) To maximize CPU utilization, idle threads will "steal" tasks from other threads'queues;

(5) Stealing tasks from the tail of the work queue to reduce competition;

(6) Operation of double-ended queue: push()/pop() is called only in its owner worker thread, poll() is called when another thread steals a task;

(7) When only the last task remains, there will still be competition, which is achieved through CAS; 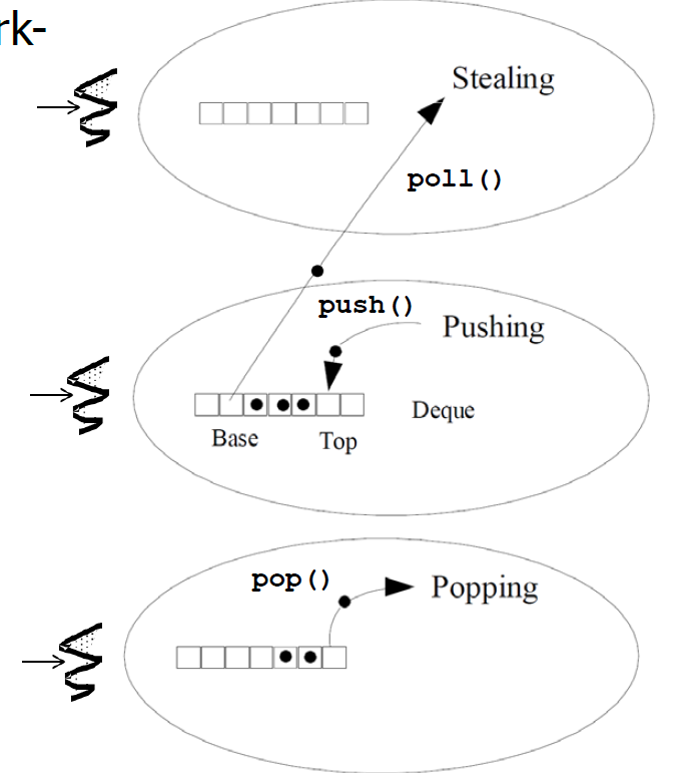 (1) Computing-intensive tasks are the most suitable ones. This paper was originally created by Gonggong Tong Tong Tong Read Source Code;

(2) ManagedBlocker can be used when the worker thread needs to be blocked;

(1) ForkJoinPool is particularly suitable for the implementation of the divide-and-conquer algorithm;

(2) ForkJoinPool and ThreadPoolExecutor are complementary, not who is substituting for whom, and they apply in different scenarios;

(4) The internal implementation of Forkjoin Pool is based on the "work stealing" algorithm;

(6) ForkJoinPool is best suited for computing intensive tasks, but ManagedBlocker can also be used for blocking tasks;

(7) RecursiveTask can call fork() once less internally, which is a skill to use the current thread processing;

A: ManagedBlocker is equivalent to explicitly telling the ForkJoinPool framework that it is blocking and ForkJoinPool will start another thread to run the task to maximize CPU utilization.

Look at the example below and think about it yourself.

Welcome to pay attention to my public number "Tong Gong Read Source". Check out more articles about source series and enjoy the sea of source code with Tong Gong. 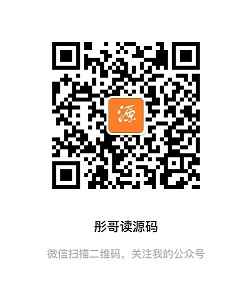