A finite set composed of n (n > 0) nodes is an empty tree when n is equal to zero
For any non empty tree, it has the following properties:
1. There is a special node in the tree that becomes the root, which is represented by r
2. Other nodes can be divided into m (M > 0) disjoint finite sets T1.T2.T3... Tm, in which each set itself is a tree, which is called the subtree of the original tree 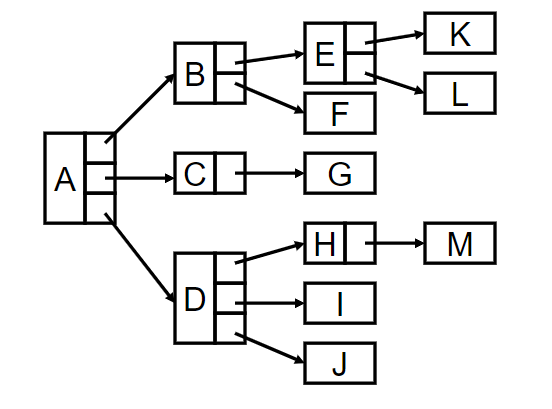 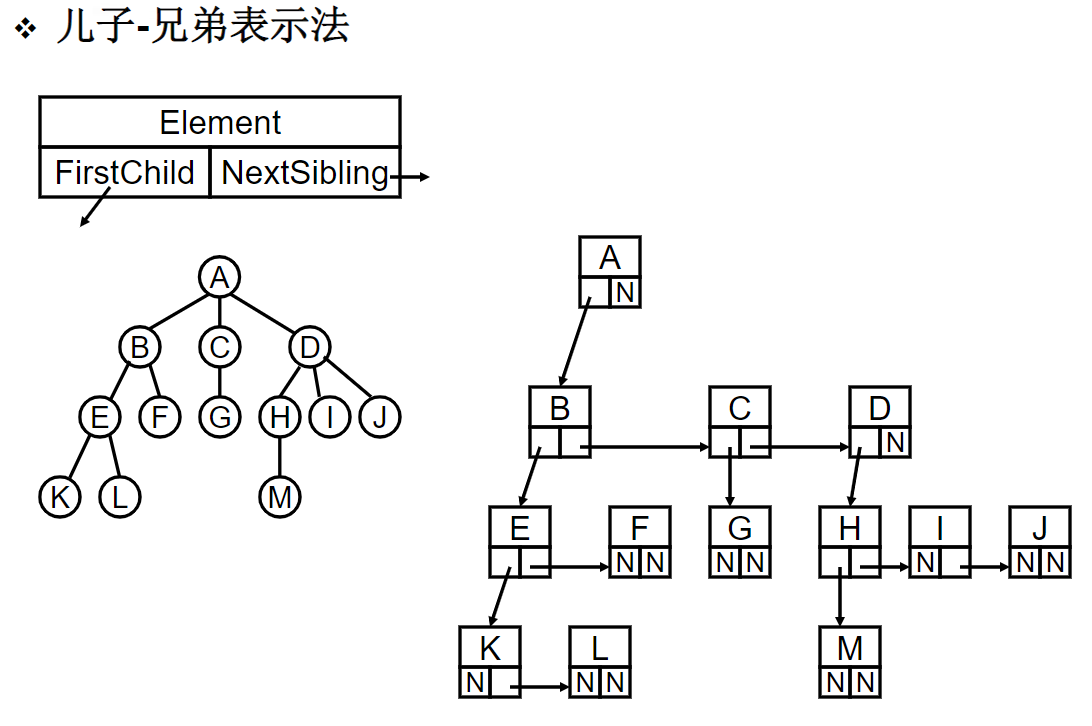 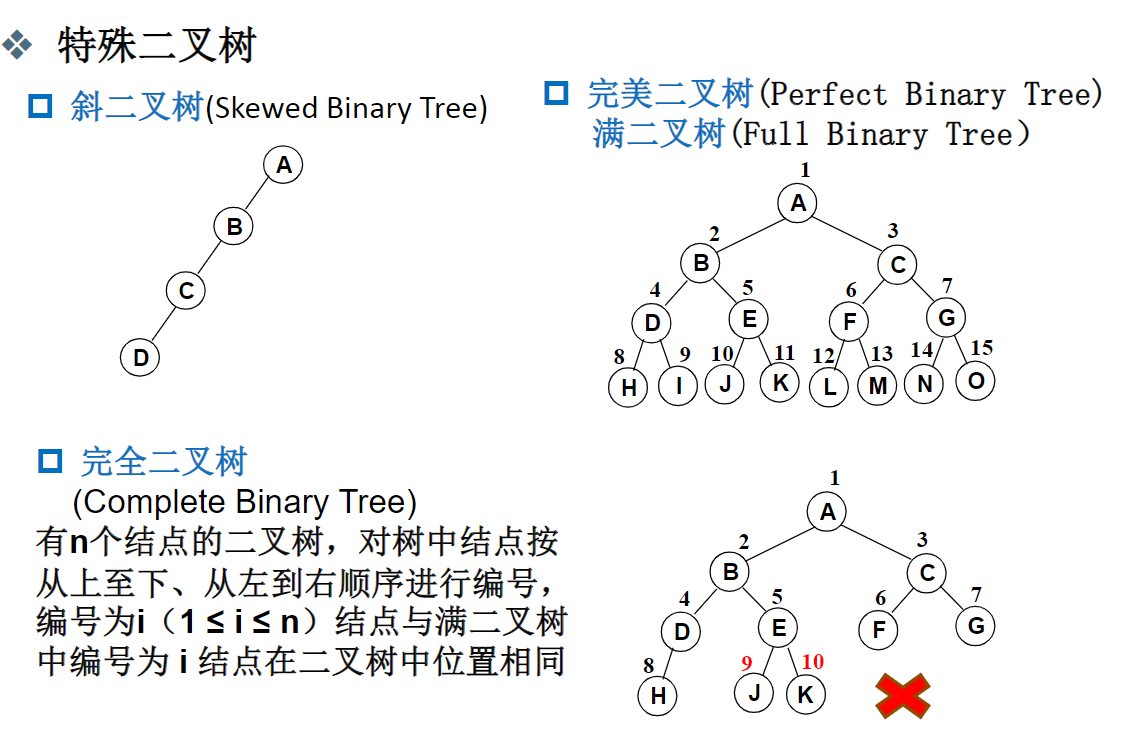 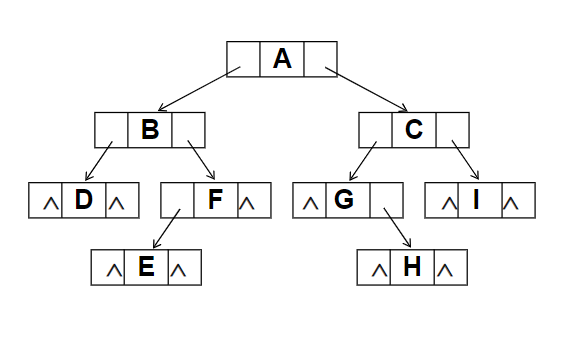 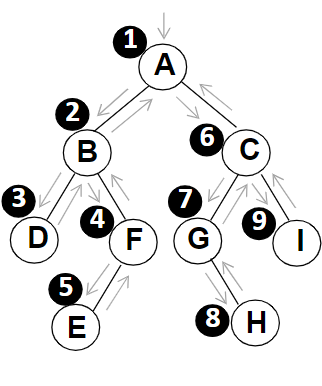 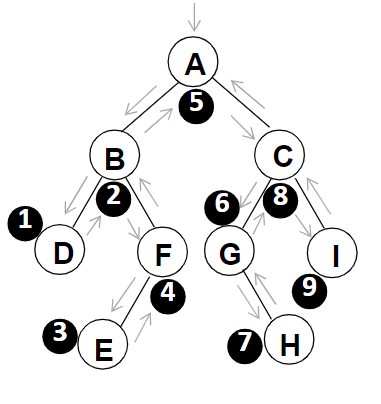 The diagram is the same as the preorder traversal, but the timing of reading data is different
DBEF/A/GHCI
Note: since G has no left subtree, it passes through g twice, so G is in front of H 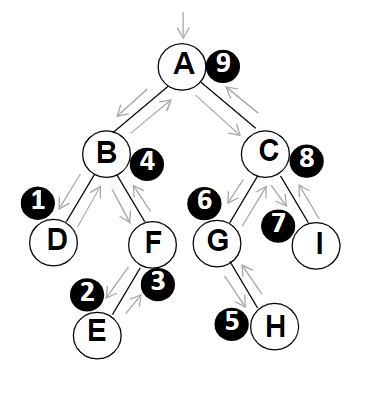 The diagram is the same as above, but the timing of reading node data is different
DEFB/HGIC/A 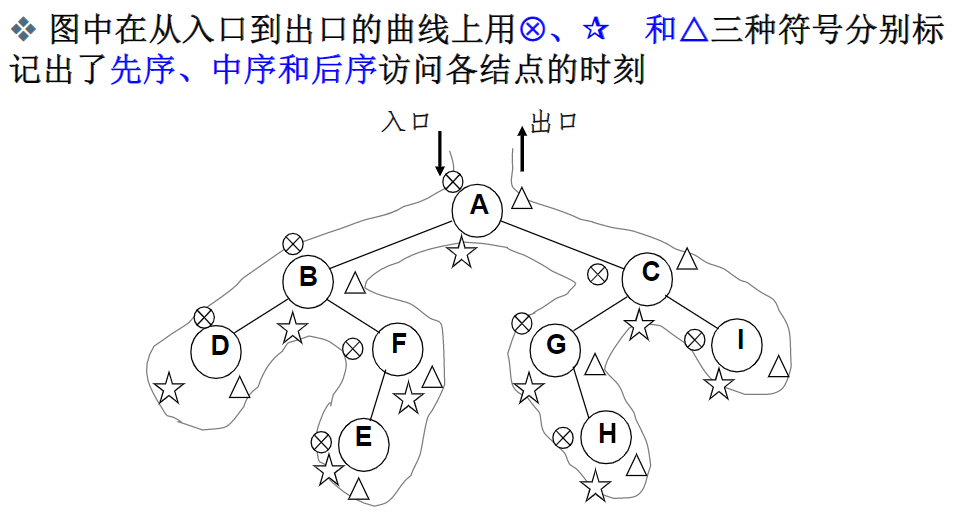 5.2 the operations of binary sort tree mainly include:

Balanced binary tree means that the height difference of subtrees of any node is less than or equal to 1
Balance factor: BF(T)=h left - H right 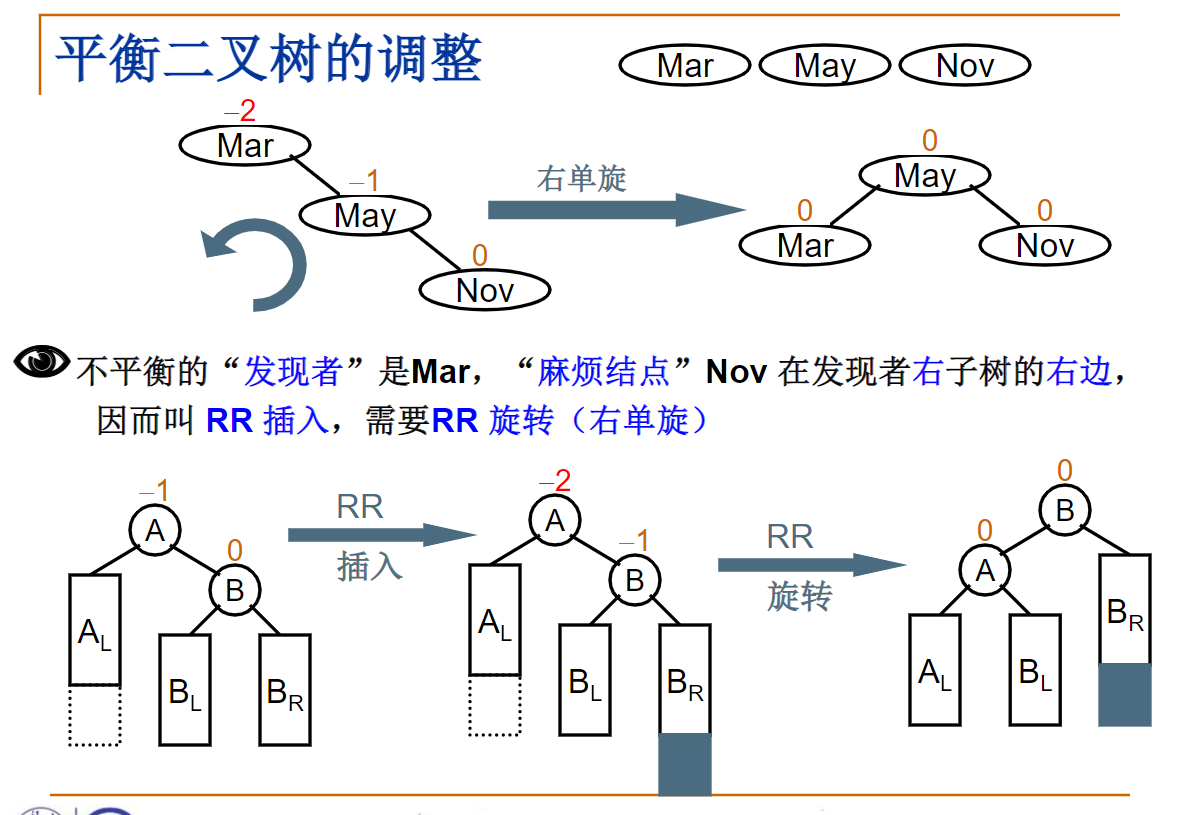 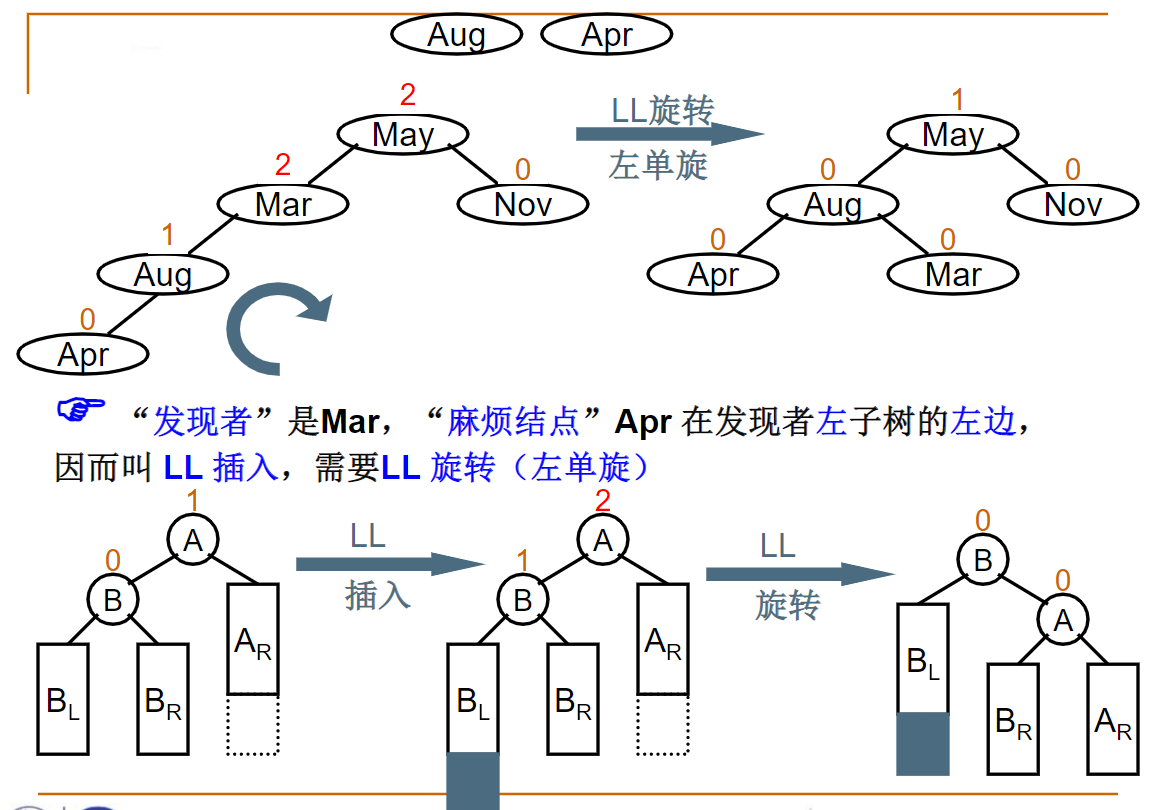 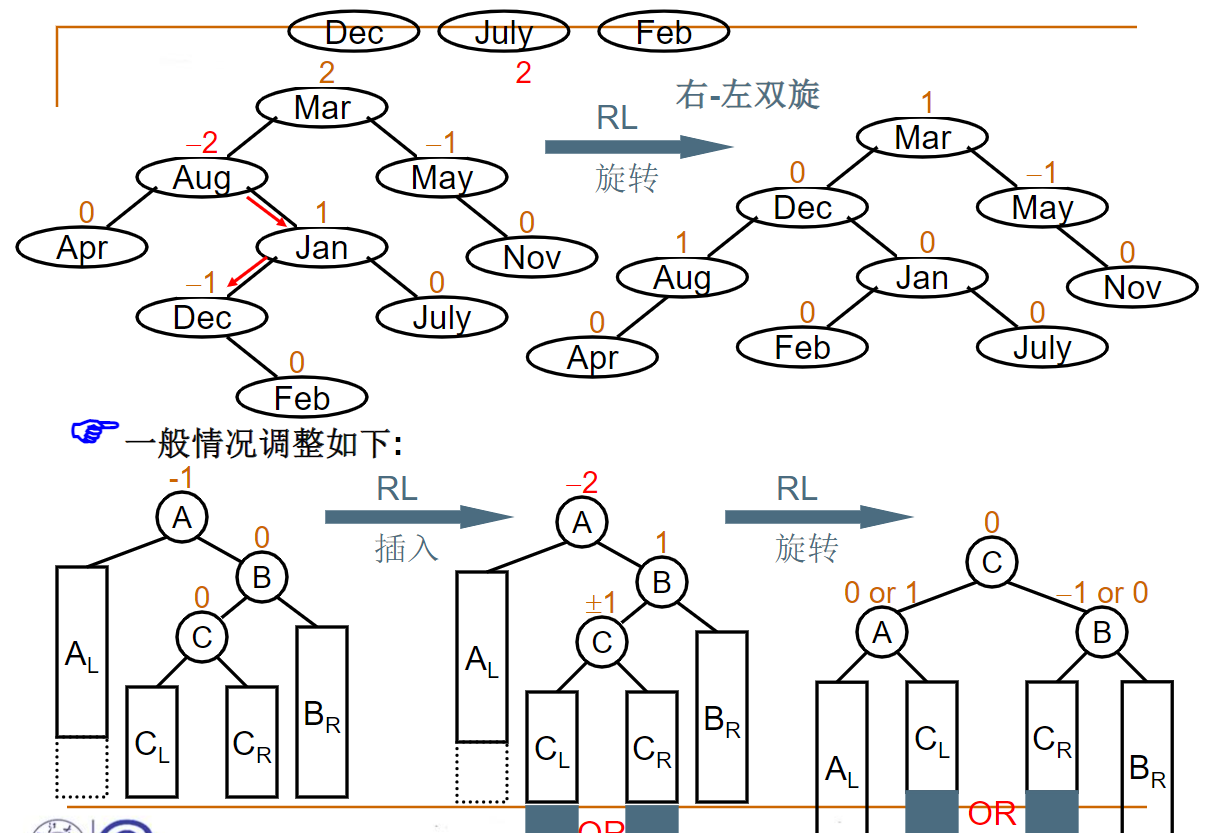 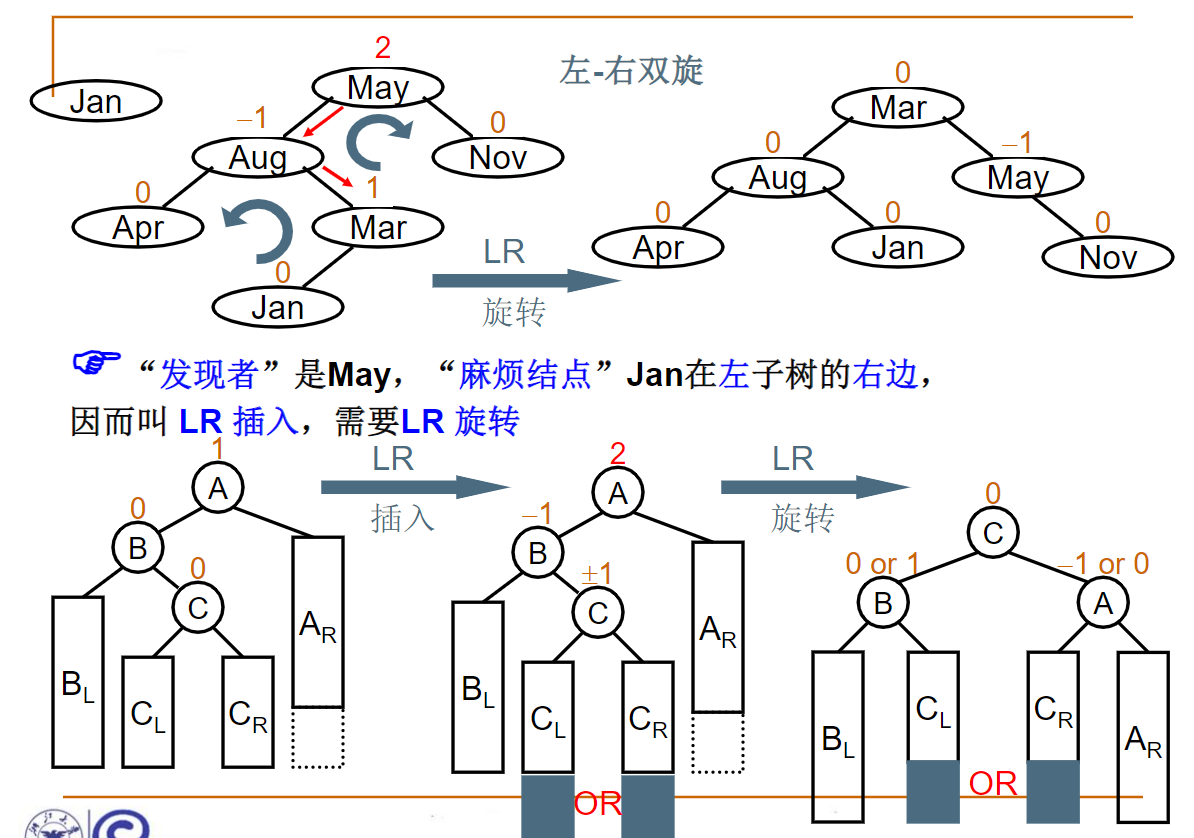 Assuming n weights, the constructed Huffman tree has n leaf nodes. If n weights are set as w1, w2,..., wn respectively, the construction rules of Huffman tree are as follows:
(1) Take w1, w2,..., wn as a forest with n trees (each tree has only one node);
(2) In the forest, the tree with the smallest weight of two root nodes is selected and merged as the left and right subtrees of a new tree, and the root node weight of the new tree is the sum of the root node weights of its left and right subtrees;
(3) Delete the two selected trees from the forest and add the new trees to the forest;
(4) Repeat steps (2) and (3) until there is only one tree left in the forest, which is the obtained Huffman tree.

Huffman tree for implementation
Heap is a special data structure in computer science. A heap is usually an array object that can be seen as a tree. The heap always satisfies the following properties:
The value of a node in the heap is always not greater than or less than the value of its parent node;
Heap is always a complete binary tree.
The heap with the largest root node is called the maximum heap or large root heap, and the heap with the smallest root node is called the minimum heap or small root heap. Common piles include binary pile, Fibonacci pile, etc.
Heap is a nonlinear data structure, equivalent to a one-dimensional array, with two direct successors.
The definition of heap is as follows: the sequence of n elements {k1,k2,ki,..., kn} is called heap if and only if the following relationship is satisfied.
(KI > k2i and Ki > k2i + 1) or (KI < k2i and Ki < k2i + 1)
If the one-dimensional array corresponding to this sequence (i.e. taking the one-dimensional array as the storage structure of this sequence) is regarded as a complete binary tree, the meaning of heap indicates that the values of all non terminal nodes in the complete binary tree are not greater than (or less than) the values of their left and right child nodes. Therefore, if the sequence {k1,k2,..., kn} is a heap, the top element of the heap (or the root of a complete binary tree) must be the minimum (or maximum) of n elements in the sequence.
The maximum heap creates an instance, and the minimum heap is the same:

The main way to realize Huffman coding is to create a binary tree and its nodes. The nodes of these trees can be stored in an array. The size of the array is the size n of the number of symbols, and the nodes are terminal nodes (leaf nodes) and non terminal nodes (internal nodes).
At the beginning, all nodes are terminal nodes, and there are three fields in the node:
1. Symbol
2. Weight, probability and Frequency
3. Link to its parent node
Instead, there are four fields in the terminal node:
1. Weight, probability and Frequency
2. Links to two child node s
3. Link to its parent node
Basically, we use '0' and '1' to point to the left child node and the right child node respectively. Finally, there are n terminal nodes and n-1 non terminal nodes in the completed binary tree, which removes unnecessary symbols and produces the best coding length.
In the process, each terminal node contains a Weight (Weight, probability and Frequency). The combination of two terminal nodes will produce a new node. The Weight of the new node is the sum of the weights of the two terminal nodes with the smallest Weight, and the process continues until only one node is left.
There are many ways to implement Huffman tree. You can use Priority Queue to simply achieve this process and give symbols with lower weight higher Priority. The algorithm is as follows:
1. Add N terminal nodes to the priority queue, then n nodes have a priority Pi, 1 ≤ i ≤ n
2. If the number of nodes in the queue is > 1, then:
(1) remove the two smallest Pi nodes from the queue, that is, remove twice in a row (min (Pi), Priority_Queue)
(2) generate a new node, which is the parent node of the removed node of (1), and the weight value of this node is the sum of the weights of (1) two nodes
(3) add the node generated in (2) to the priority queue
3. The last point in the priority queue is the root node of the tree
The Time Complexity of this algorithm is O (n log n); because there are N terminal nodes, the tree has a total of 2n-1 nodes. Using the priority queue, each cycle must be o (log n).

It's been almost a month since I learned data structure. I can only say that it's still a little difficult for me. Especially for the part of time chart, I can only say come on! After all, there is still one month for the postgraduate entrance examination in 22 years. For the candidates in 23 years, I have time to come on
The learning notes of the tree are 15000 words. Let's give a praise. Thank you. Most of the pictures come from the data structure mooc of Zhejiang University. After all, this is what I read by myself
Finally, there is a sentence of chicken soup every day:
What is failure? Nothing, just one step closer to success; what is success? That is, after all the roads leading to failure, there is only one road left, that is the road to success.
Alas, others can continue to choose if they fail, but I may have nothing if I fail once. It's nothing. Come on!
Finally, let's give you a compliment