Tip: after the article is written, the directory can be generated automatically. Please refer to the help document on the right for how to generate it

In the last data structure column, we introduced the interface functions of the single linked list. You may find that the single linked list has some defects: for example, one node needs to store data + the address of the next node, which takes up much more space than the sequential table; And because the single linked list cannot be found from the back to the front, if you want to delete the tail, you must look back from the first node. Your time complexity must be O (n). In order to solve some of the above defects, let's introduce the two-way circular linked list today

Tip: the following is the main content of this article. The following cases can be used for reference 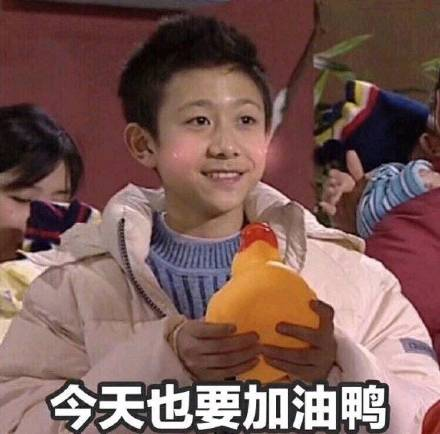 Example: pandas is a NumPy based tool created to solve data analysis tasks. 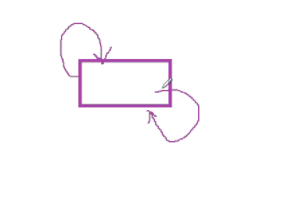 Similar to the effect shown in the figure above, only one node is created at the beginning, and its stored front address and rear address point to itself

ps: here, the ListInit function uses the method of return value. You can also use the secondary pointer to pass parameters for initialization 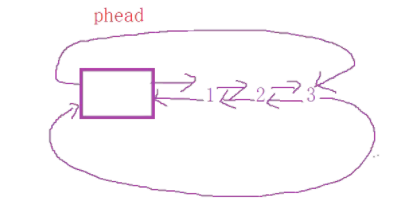 be careful!!! Here, a first address is defined to store d1. If it is not defined in advance, phead - > next = newnode; If head no longer stores d1 address, you can't find d1. Of course, if you just don't want to define a first to store the d1 address first. How? "Connect first and then disconnect". The newnode driver connects to the d1 node first, and then the head node driver connects to the newnode.

Head deletion is also similar to the previous two ideas

Header deletion is to delete the d1 node. We define two pointers to d1 and d2 respectively, then connect the back driver of the head node to d2, and the front driver of d2 to head, as shown in the following figure:

Now to delete the node d3, we define a tail and prev pointer pointing to d3 and d2 respectively, and then connect the d2 rear driver to head and the head front driver to d2, as shown in the following figure:

To insert data in front of a certain location, you need to find out where that location is. Let's write a lookup function first

How to find it? Very simple, define a cur pointer, and then traverse from d1 to see if there is the data we want to find, and traverse to the end of the head node.
The code is as follows (example):

After finding the required position, the insertion operation is performed

It is also very simple to call the two functions together. For example, I want to insert 300 before the position of data 3 in the linked list. The following two lines of code can complete the application of the two functions.

ps: find the required position pointer here. If necessary, you can also modify the value of the position through this pointer, such as (returned pointer) - > data = n

The above figure is an example: to print a linked list, the head node does not need to be printed. We only need to print d1, d2 and d3 that store the actual data. Define a variable cur and let it traverse from d1 to the end of the head node.
The code is as follows (example):

This paper introduces the leading circular bidirectional linked list, including its definition, each interface function, traversal and printing. Although it is the most complex structure in the linked list, its code operation is the simplest. I hope readers can gain something from today's study!