1, Concept and structure of tree

2, Concept and structure of binary tree

1, Concept and structure of tree

Tree is a nonlinear data structure. It is a set with hierarchical relationship composed of n (n > = 0) finite nodes. It is called a tree because it looks like an upside down tree, that is, it has roots up and leaves down.

The application of tree in practice includes: the directory tree structure representing the file system, and so on

2, Concept and structure of binary tree

A binary tree is a finite set of nodes, which:
1. Or empty 2. It is composed of a root node and two binary trees called left subtree and right subtree

As can be seen from the above figure:
1. The binary tree does not have nodes with a degree greater than 2
2. The subtree of a binary tree can be divided into left and right, and the order cannot be reversed. Therefore, a binary tree is an ordered tree

Note: any binary tree is composed of the following situations:

Binary tree can be stored in two structures: a sequential structure and a chain structure.

1. Sequential storage
Sequential structure storage is to use arrays for storage. Generally, arrays are only suitable for representing complete binary trees, because there will be a waste of space if they are not complete binary trees. In reality, only the heap will use arrays to store. The sequential storage of binary tree is an array physically and a binary tree logically.
2. Chain storage
The chain storage structure of binary tree is to represent a binary tree with a linked list, that is, to indicate the logical relationship of elements with a chain. The usual method is that each node in the linked list is composed of three fields, data field and left and right pointer field. The left and right pointers are used to give the storage address of the chain node where the left child and right child of the node are located respectively.

Ordinary binary trees are not suitable for storing with arrays, because there may be a lot of space waste. The complete binary tree is more suitable for sequential structure storage. In reality, we usually store the heap (a binary tree) in an array of sequential structures. The heap with the largest root node is called the maximum heap or large root heap, and the heap with the smallest root node is called the minimum heap or small root heap. 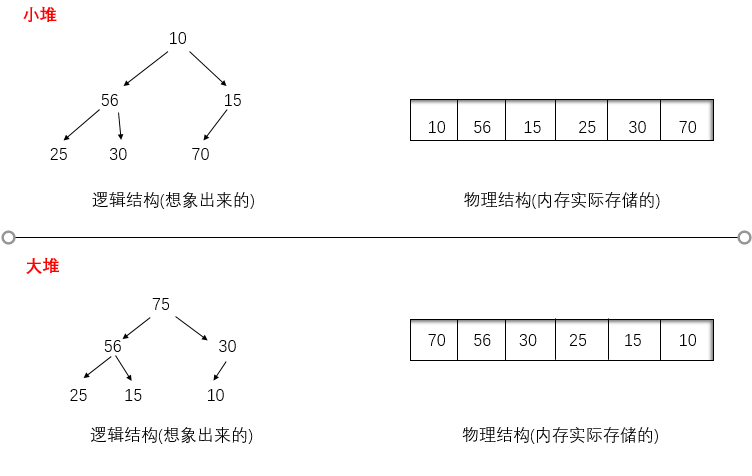 tip: it is known that the child subscript is child(10 in the above figure is the child node), whether it is a left child or a right child, parent=(child-1)/2 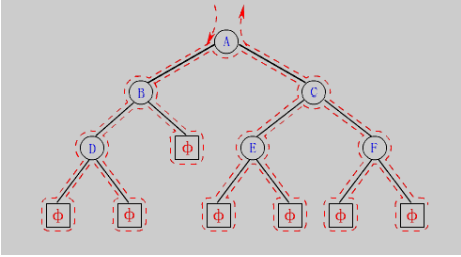 We create a simple binary tree to traverse the front, middle and back order

code:
Note: Queue.h and queue. C are required here (there are queue implementation codes in them). Take the articles about partners to the stack and queue. Queue.h needs to be slightly modified, as shown in the figure below

Remember to create a binary tree during code detection, as in the preceding, middle and subsequent code segments