This paper summarizes some common simple problem-solving methods encountered in the process of brushing questions:

Array is a kind of linear table in data structure. It is often displayed in the form of integer array and string in algorithm problems. In fact, the array contains more data types. This paragraph mainly explains the solutions to some common problems of integer array;

A feature of array is that it can quickly access data through subscript, that is, a[i] = xx;

In essence, it should be counted in a large class of algorithms in the Department of mathematics. The final result is obtained by performing a bit operation on each number in the array.
A series of operations after the bit operation index is transformed into binary, such as and, or, non, same or, XOR, shift left and shift right, etc. through these operations, an efficient algorithm is achieved; 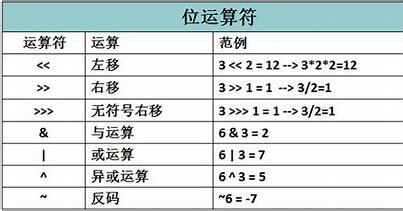 It is common to use some of its characteristics to solve problems: such as bit processing of left-right shift; The two operands of the XOR result are the same as 0 and the difference is 1;
Illustrate with some examples:
1,leetcode29 divide two numbers

This problem requires the division of two numbers; Division, title and remainder are not allowed;

This algorithm obviously needs to be optimized. The optimization method is to reduce the multiple of B every time and try to remember the counter several times at a time; For example, 13 / 3; Try 13 / (3 + 3 + 3 + 3) = 1; The actual result should be the addition of these four three; Multiplication cannot be used; Therefore, the left shift can be used here, that is, 3 < < 4; The results can be obtained directly without adding; Therefore, you can use the high position to move down slowly until you find the result;
Pseudo code:

2,Leetcode 137 is a number that appears only once
This problem means that only one number in an array appears once and the others appear three times; Find this number. For example, the result of [2,2,1,2,3,3,3] is 1;

3,leetcode318 find the maximum word length
Given a string array words, find the maximum value of length(word[i]) * length(word[j]), and the two words do not contain common letters. You can think that each word contains only lowercase letters. If there are no such two words, 0 is returned.
That is, the longest result of two words in the array that do not contain duplicate letters at all;

In a broad sense, double pointers refer to the problem solved by traversing two variables in a linear structure. In an array, they can move in the same direction or in both directions; in a linked list, two pointers move in the same direction, but the speed can be different, which is generally called fast and slow pointers;
Some common application scenarios of double pointers: sliding window, sorting, binary search, etc;
Classification: same direction pointer: speed and interval pointer; different direction pointer: collision;
Problems needing attention during use: pointer pointing, moving direction, starting position, when to move and moving speed;
1. Application of collision pointer;
Collision pointer generally refers to two pointers moving in different directions, such as one moving from head to tail and one moving from tail to head; a typical collision pointer application is the binary search algorithm; the general use of binary search is as follows

Examples
lc15 sum of three numbers
For an array, find the triples [a, b, c] in the array so that a+b+c=0;
Solution: the essence of this problem is a search algorithm; if we know "a", find "-" (b+c) "in the array;
Use sort Plus + collision pointer to do

2. The speed pointer in the same direction; the left and right pointers move from one side to the other; the classic case is whether there are links in the linked list;
Through two pointers with inconsistent speed, one moves together from front to back until the pointers coincide;
code:

3. Same direction interval pointer; similar to sliding window, one pointer is in front and one pointer is behind, which moves synchronously or asynchronously to solve some problems; that is, define a left pointer to move on the left and the right pointer to move behind;
lc 3 longest string without duplicate characters
Judge the longest string without characters in the string;

The result is obtained by preprocessing the array. The prefix sum refers to the sum of the first n items of the record array; For example, array [1,2,3,4], that is, store the results [1,3,6,10] in the new array; Through such an array to solve some problems;
It is easy to find the n-term sum of subarrays through prefix sum, and many summation problems can be solved through the sum of subarrays, such as finding the middle number of the array so that the front sum is equal to the rear sum, or the subarray whose sum is greater than a certain number, etc; Using this idea, we can also solve the problems related to product;
lc560 and subarray with k
Give you an integer array nums and an integer k. please count and return the number of consecutive sub arrays in the array and k.