RBAC (Role-Based Access Control) means that users are associated with permissions through roles. In short, a user has several roles, and each role has several permissions. In this way, the authorization model of "user role permission" is constructed. In this model, the relationship between users and roles and between roles and permissions is generally many to many. 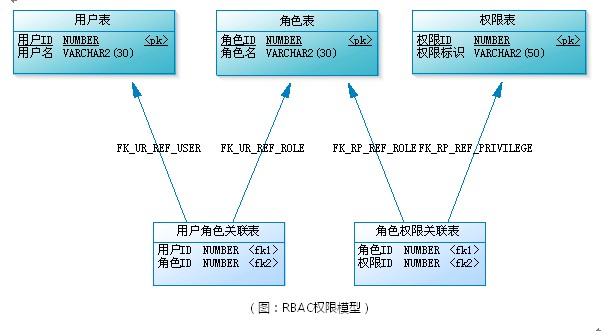 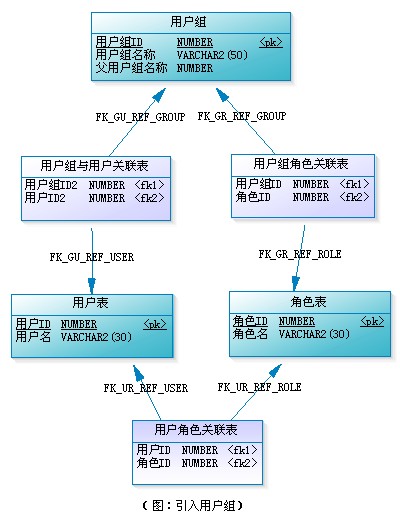 What are permissions represented in an application system? The operation of function modules, the deletion and modification of uploaded files, the access to menus, and even the visibility control of a button and a picture on the page can all belong to the scope of authority. In some permission designs, function operations are regarded as one category, while files, menus, page elements, etc. are regarded as another category, thus forming an authorization model of "user role permission resource". In data table modeling, function operations and resources can be managed uniformly, that is, they can be directly associated with the permission table, which may be more convenient and extensible. (see figure below) 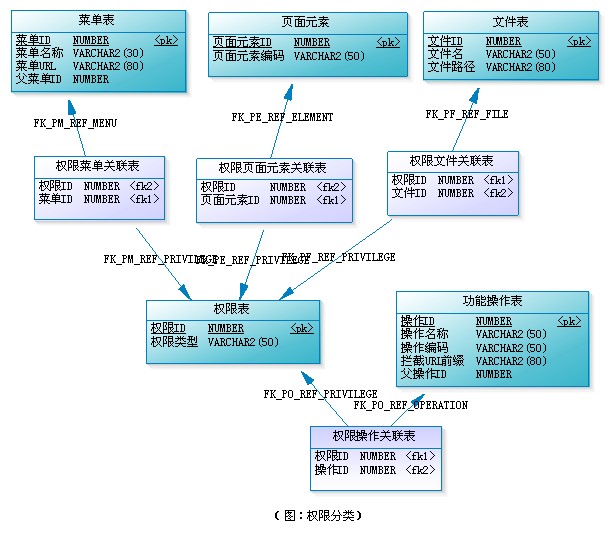 Here, the complete design diagram of the extended model of RBAC permission model is as follows: 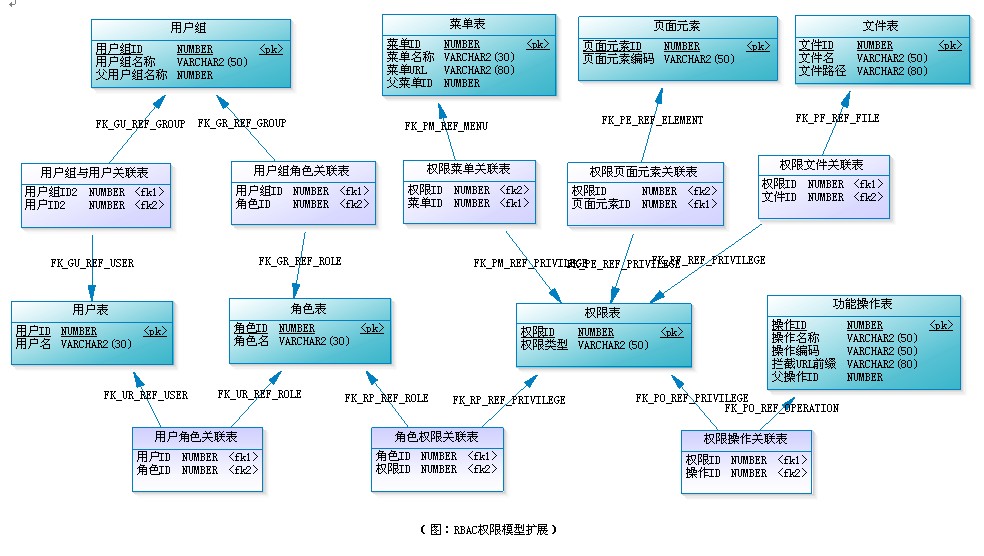 With the increasing size of the system, in order to facilitate management, role groups can be introduced to classify and manage roles. Unlike user groups, role groups do not participate in authorization. For example, in the permission management module of a power grid system, the role is hung under the Regional Bureau, and the regional bureau can be regarded as a role group here, which does not participate in permission allocation. In addition, in order to facilitate the management and search of the above main tables, a tree structure can be adopted, such as menu tree, function tree, etc. of course, these do not need to participate in permission allocation.

The above is extended from the basic RBAC model, and the specific design shall be adjusted according to the needs of the project business.

Is it necessary to design user groups:

As shown in the figure, deleting a role requires the following steps:

2: Query the user role mapping table according to the role id list found in the first step to determine whether the role and its sub roles are assigned to the user

If yes, it cannot be deleted. Otherwise, proceed to the next step;

3: Delete the role and its child roles;

4: Delete the corresponding data in the role permission table according to the role Id list queried in step 1. 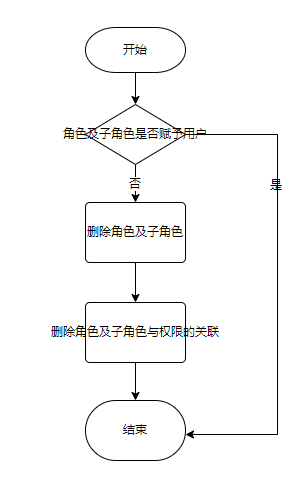 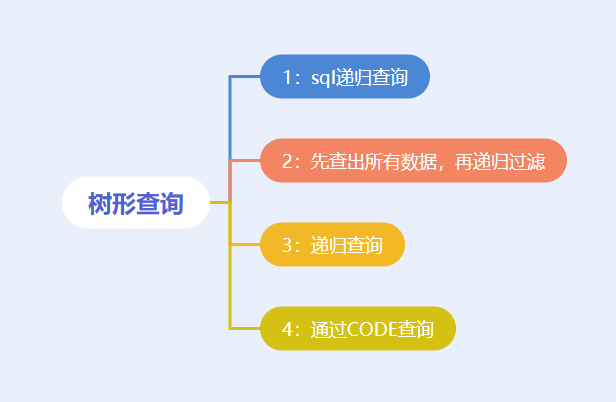 For the convenience of subsequent description, the table name is uniformly agreed here: t_org, as defined below:

The following test data are available in the table 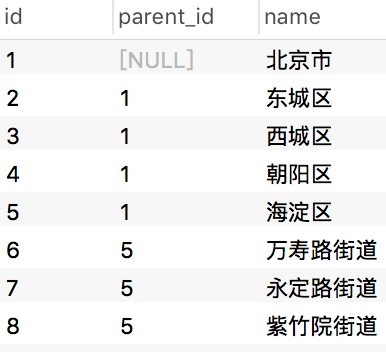 When the number of organizational levels is determined

You can query and obtain results in the way of self association LEFT JOIN.

The query results are as follows:;

When the organization level is uncertain, the above method cannot be used for query

The query can be realized by user-defined functions

Two MySQL functions are used in the above functions

GROUP_CONCAT(expr)
This function concatenates all non NULL strings from expr. If there is no non NULL string, it returns NULL. The syntax is as follows:

Note: Group_ The default maximum length of concat query results is 1024, which is the system variable GROUP_CONCAT_ max_ The default value of len can be set through [global | session] group_concat_max_len = val; Change the value.

FIND_IN_SET(str,strlist)
This function returns a value of 1 ~ N, indicating the position of str in strlist.
This function is used in conjunction with WHERE to filter the result set( Find the records contained in the str list result set)

The length of the returned result is limited by the maximum length of VARCHAR, especially when the organization is large. Next, we can use stored procedures and temporary tables to solve this problem.

As shown above, the logic is relatively simple. Next, define the second stored procedure as follows;

So far, we can process infinite levels of tree structure data.

In MyBatis, we can call stored procedures in the following ways

2: Find out all the data before recursion

Method 1 is applicable to the tree structure with fixed node level. If you want to query the tree structure with fixed level, you need to customize the mysql function, which is relatively complex, and Oracle has a related implementation. The implementation of method 2 is relatively simple and widely used. Method 3 is suitable for the case of small amount of data. Method 4 solves this problem from the design, which is intuitive and simple, but additional roles are required when adding new nodes_ Code field, rules need to be defined.