Key points of this chapter

What is the pointer?

In computer science, a Pointer is an object in a programming language. Using an address, its value directly points to a value stored in another place in computer memory. Since the required variable unit can be found through the address, it can be said that the address points to the variable unit. Therefore, the address visualization is called "Pointer". It means that the memory unit with its address can be found through it.

Then we can understand it this way:
Memory: 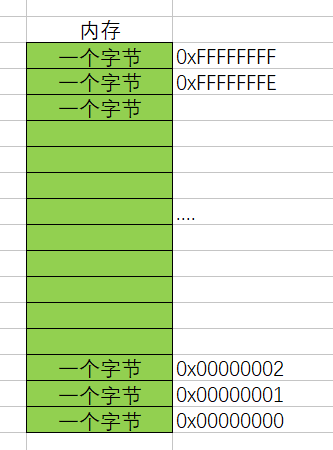 Pointer
A pointer is a variable that holds the address (number) of the memory unit.
That corresponds to the code:

Summary:
A pointer is a variable used to store an address.
(the values stored in the pointer are treated as addresses).

The problem here is:

After careful calculation and trade-off, we find that it is more appropriate to give a corresponding address to a byte.
For a 32-bit machine, assuming that there are 32 address lines, it is assumed that each address line generates an electrical signal positive / negative (1 or 0) when addressing
Then the address generated by the 32 address lines will be:

There are 32 addresses to the power of 2.
Each address identifies a byte,

Then we can address the idle 4G.
In the same way, if the 64 bit machine is given 64 address lines, how much space it can address, calculate it yourself.

Here we are discussing: we all know the types of pointers. Variables have different types, such as integer, floating point, etc. Does the pointer have a type? The answer is yes!

What is the meaning of pointer type? 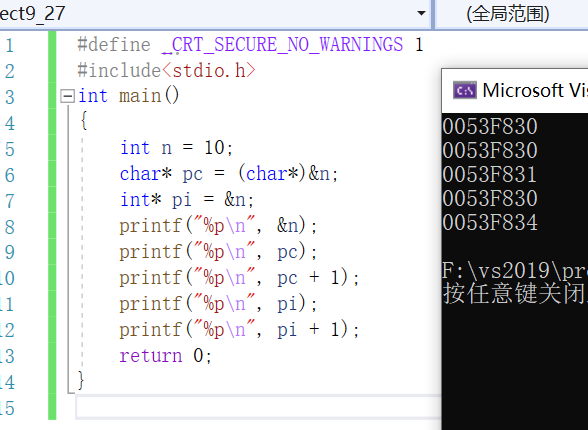 Summary:
The type of pointer determines how far the pointer moves forward or backward.

Concept: a wild pointer means that the position pointed to by the pointer is unknown (random, incorrect, and without explicit restrictions)

How to avoid wild pointer 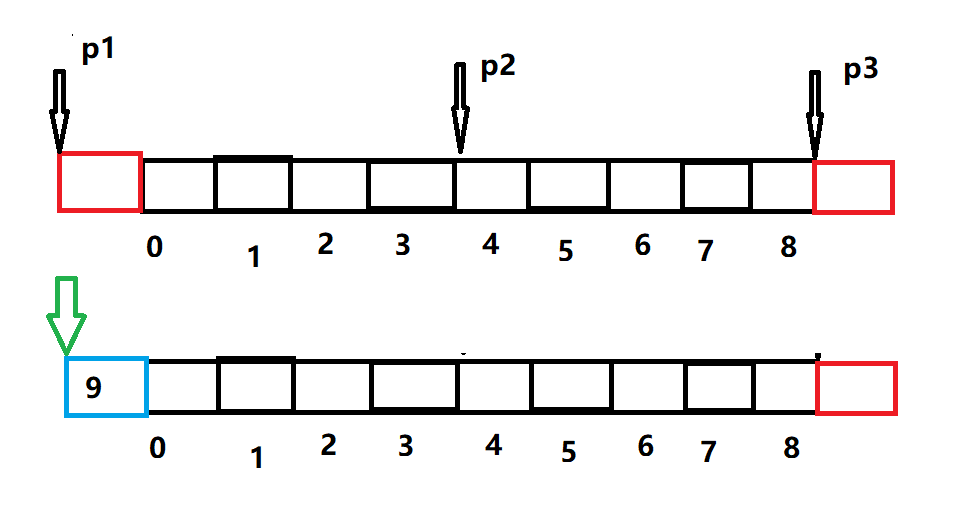 As shown in the figure, for example, an array has 9 elements, and the subscripts are 0 – 8. Pointer p2 and pointer p3 are allowed to be compared, but pointer p1 and pointer p2 are not allowed to be compared.
Although pointer p3 is out of bounds, the address still increases according to the original type size, but the computer will quietly put a 9 to indicate that there are 9 elements in the following array. Therefore, the address of pointer p1 is uncertain and cannot be compared with other pointers.

What is the array name? Let's take an example:

Then it is feasible to write code like this:

Since the array name can be stored as an address in a pointer, it is possible for us to use the pointer to access an element.
For example: 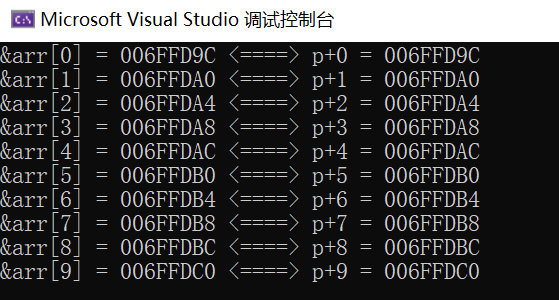 So p+i actually calculates the address of array arr subscript i.
Then we can access the array directly through the pointer.

The operations of the secondary pointer are:

**ppa first finds pa through * ppa, and then dereferences PA: * PA, then a is found

Is a pointer array a pointer or an array?
Answer: array. Is an array of pointers.
Array, we already know integer array, character array.

What about pointer arrays?

arr3 is an array with five elements, each of which is an integer pointer. 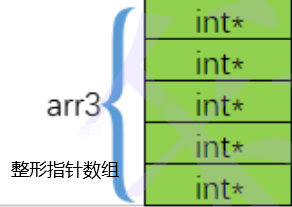 That's all for this issue. I'll see you next issue
If there is any mistake, welcome to communicate with us
It will continue to output in the future, and continue to pay attention to Zhou Wang

Remember to pay attention to the third company