It can be seen that the subscript of the left element is greater than that of the right element     You'll never find it again.

1. The number guessing game is nothing more than that the computer randomly gives a number. You guess, but the main problem is how the computer gives numbers?

Finally, the process of playing the game is as follows: 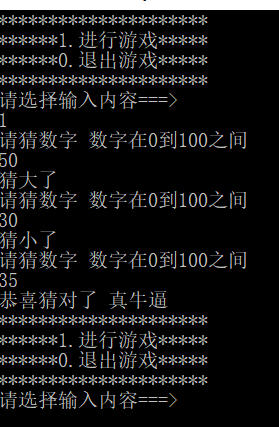 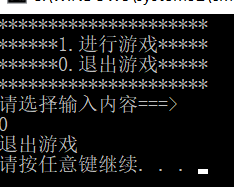 You can see that the two are different numbers. Press 0 to exit the game.

The first time I wrote a blog, my knowledge is also very basic, but I summarized it with my heart. I hope you guys don't spray it   thank!