** Literally means that anything in memory can be copied, so the spell of string copy is broken and any type can be copied. It is not necessary to think about it. It must be related to the universal type (universal type pointer-untyped pointer) void* because qsort was still impressive at that time.

1. If memory is connected, it will copy errors

Then how do you solve the memory-related problems without the above errors? The memory space that is intersected by positive assignments will be operated twice, and the original value will be changed. What can we do? If you come from the back, the first two operations will change the later one, then take the latter assignments away first, then indirectly change the original situation, so the above generationThe code has to be modified. This is a case of copying backwards. If the entry is copied backwards, is there a problem from the back, but it will be perfect from the front, so we have to take both into account

So to solve the problem of overlapping copies, there is a function called memmove.

2. There is not enough memory to copy the direct program inside and hang up

memcpy can handle copies of memory that do not overlap

We rewrite the memcpy code to meet the C language requirements, memcpy actually overfulfilled the task in the vs compiler, and his effect is already the same as that of memmove 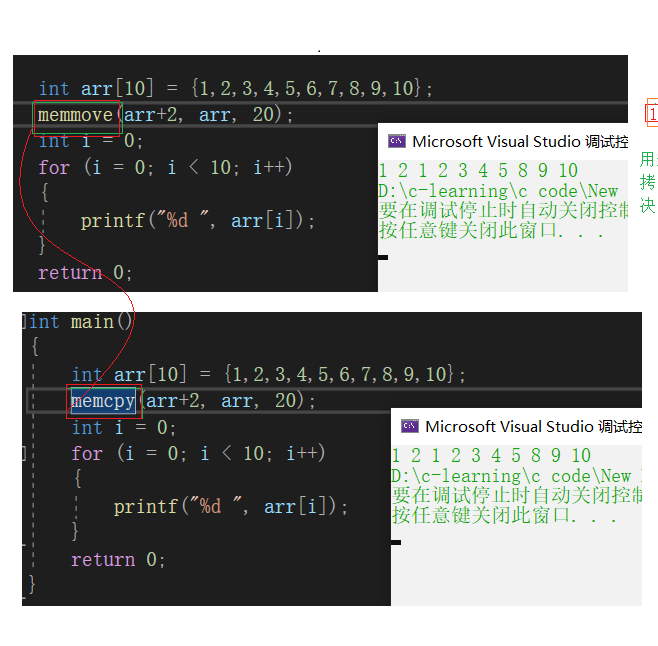 You'll find that they run the same way, so I tested the test above with my own code (I've reached the C standard) 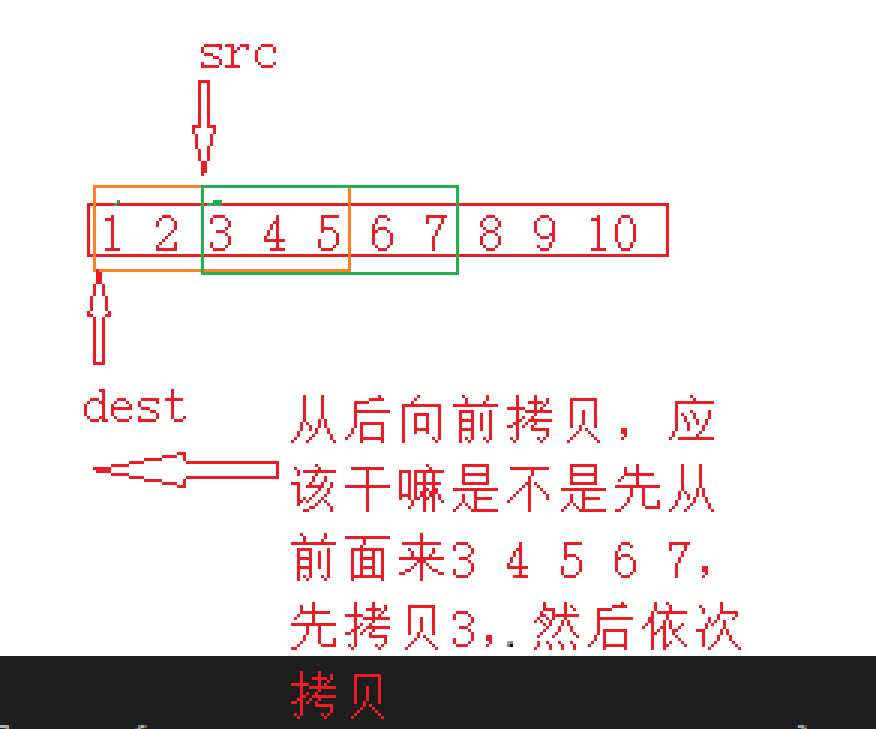 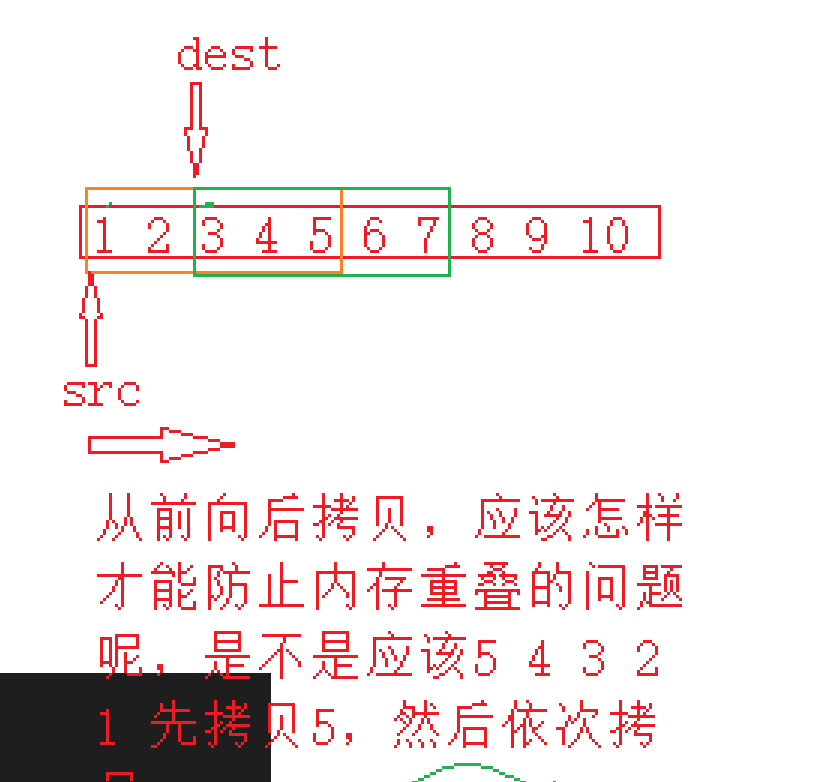 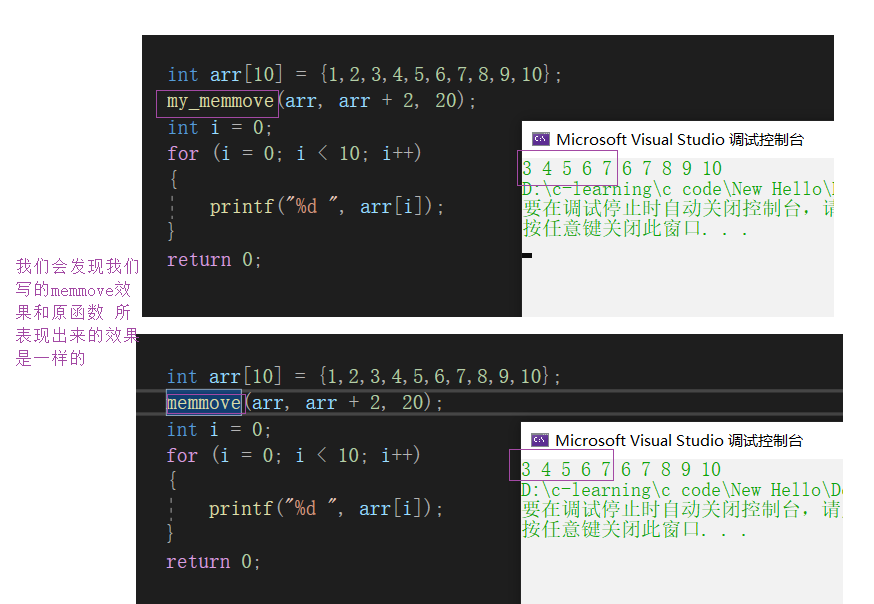 Sets the buffer to the specified character. 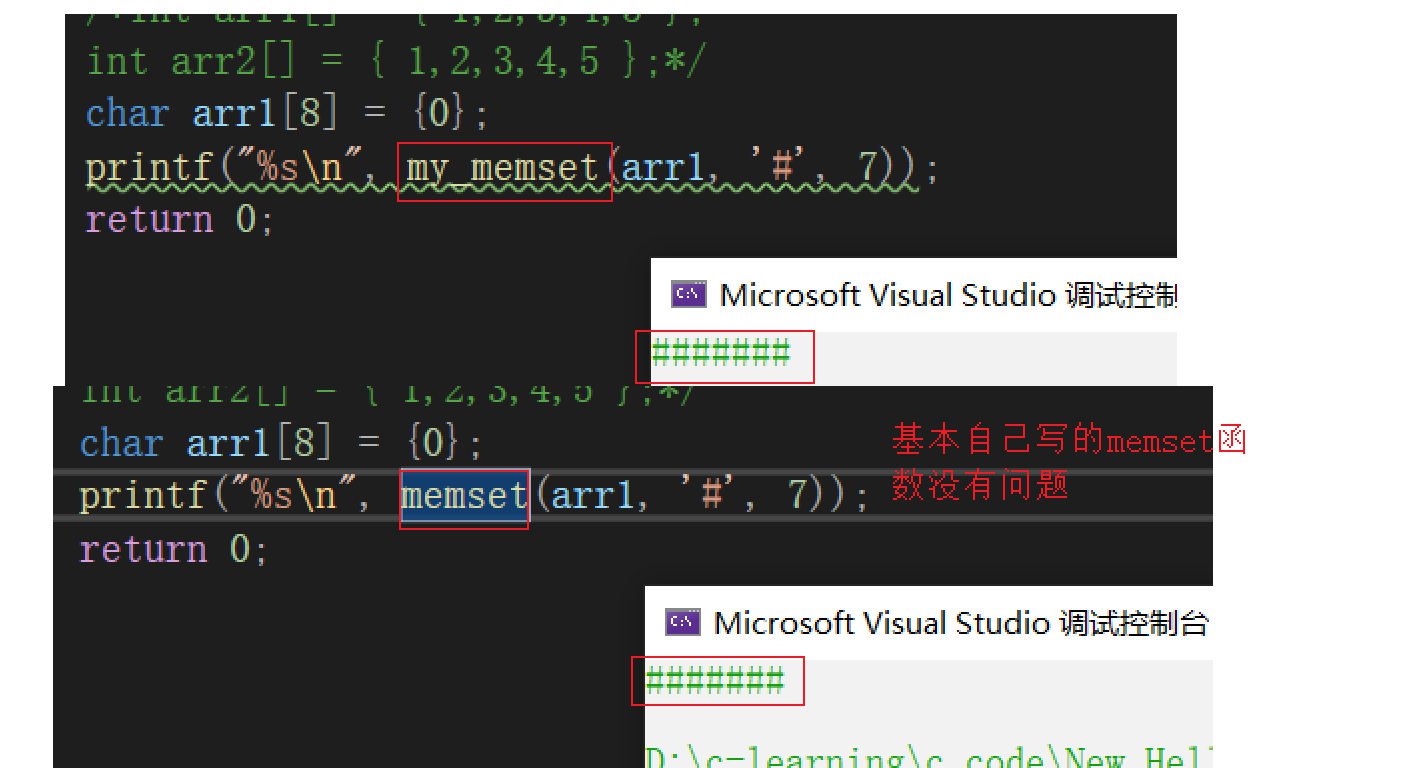 Basically like string comparison, it's just a memory comparison

Don't overrun count for you, because it operates on memory and does not have the function of string completion\0