To the most professional web crawler framework learning part, we should play a better spirit to meet new challenges.

After installation, enter the following command to test the effect:

The correct response indicates that the installation has been successful.

Scratch is a crawler framework. It is a collection of software structure and functional components that can help users realize professional web crawlers.

How to understand? In fact, it can be considered that this framework has several small components that work together to form a data flow and form such a large collection of components. The following figure shows the components of the framework: 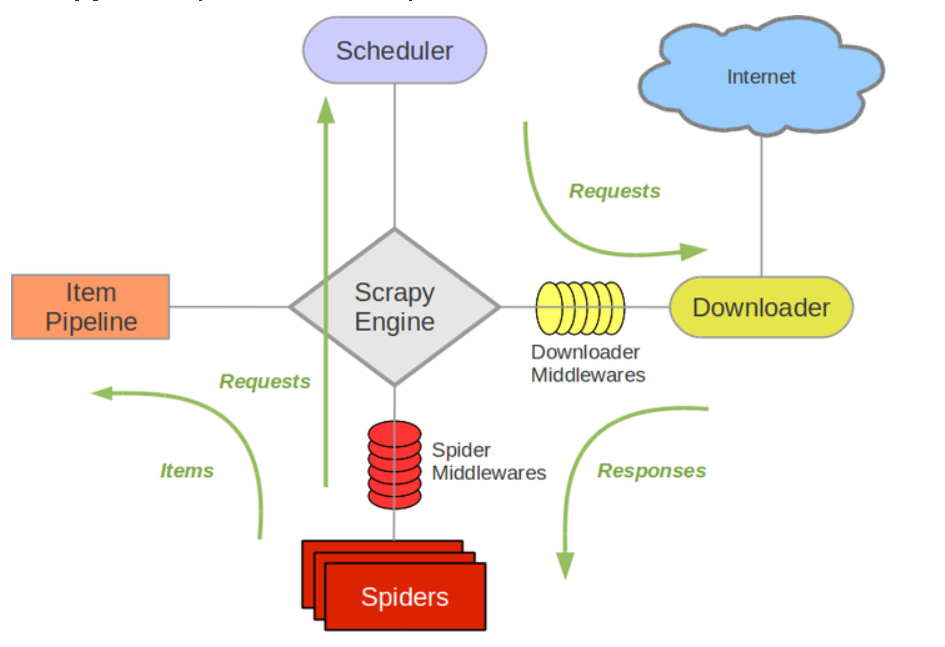 Here, to realize the crawler function, we should start with Spider and Item Pipeline. Because Engine and Downloader are existing function implementations, so is Scheduler.

At this time, the essence of crawler is to improve the configuration of crawler framework.

The common command formats of scripy are as follows:

Among them, command is mainly a common command, including the following:

A project is a large framework in which many crawlers can be placed in the project, which is equivalent to a downloader within the project.

Moreover, this automation is suitable for script operation and focuses on function. 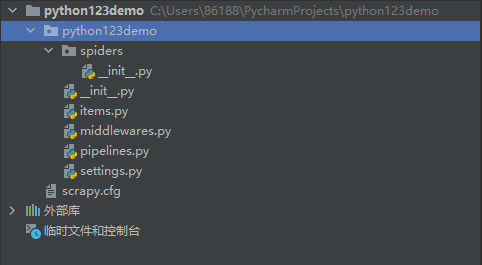 The file directory is shown in the figure above.

The project name is python123demo, and the next layer is the deployment configuration file config and user-defined Python code, which is usually consistent with the project name.

On the next level, we also have these python files, which correspond to several of the five functional components.

Of course, we can also manually generate the part that completes the creation of the crawler.

For the crawler created above, we try to save an html page into an html file.

Is a generator, a function that continuously generates values, and the function containing the yield statement is a generator.

Each time the generator generates a value, the function is frozen and awakened to produce a new value.

The above content function is to generate the square value of a number less than n. Because the generator returns a return value and is inside a loop.

The above is the introduction of the basic concepts of scripy. The practice part still needs to be completed by your own experience and accumulation. Thank you for reading.