Thread is the smallest unit that the operating system can perform scheduling operation. It is included in the process and is the actual operation unit in the process. A thread refers to a single sequential control flow in a process. Multiple threads can be concurrent in a process, and each thread executes different tasks in parallel.

The life cycle of a thread starts from the moment it is created. Create the thread interface:

POSIX thread is abbreviated as pthread; pthread_t is a variable of type unsigned long int, which is used to represent the ID of the thread

After the new thread is created, it has a unique identifier in the process in which it is located (the thread is attached to the process), which is defined by pthread_t means, called thread ID. A thread can call the following interface to get its ID:

pthread_self directly returns the ID of the calling thread.
Judging the size of two thread IDS is meaningless, but sometimes it may be necessary to judge whether two given thread IDs are equal. Use the following interface:

pthread_equal if the thread ID S specified by t1 and t2 are the same, a non-zero value is returned; Otherwise, 0 is returned.

Observe the creation of threads from the perspective of system implementation

To create a new thread, from the perspective of system implementation, is to create a new schedulable entity; Threads in the same process share most of the process resources, and only a small part of the information is unique to the thread, such as stack and thread specific data. The following figure (the picture comes from the Linux/UNIX system programming manual) shows the allocation of memory resources when a process has four threads in memory: 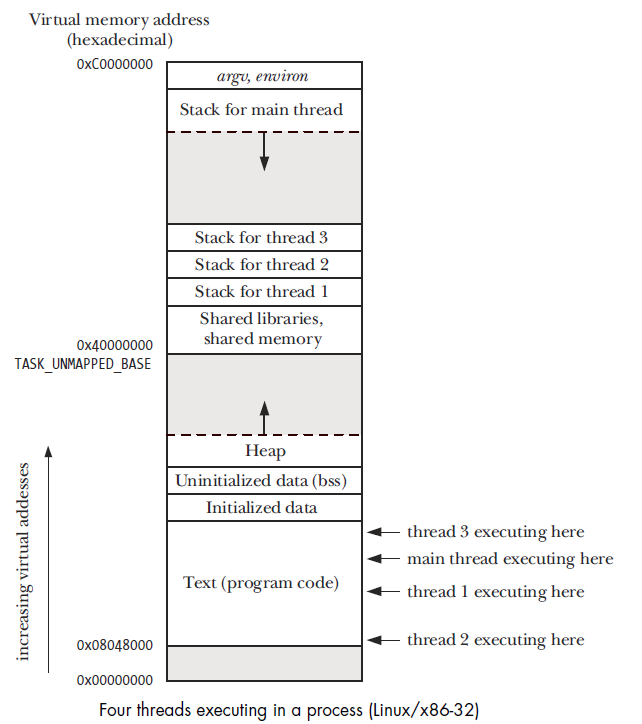 It can be seen that the threads in the same process share almost all memory resources except the stack. Sharing means that multiple threads can modify a memory area at the same time, and the modification is visible to all threads of the same process.

There are two ways of passive termination:

There are also two ways of active termination:

Thread connection
The termination of one thread is an asynchronous event for another thread. Sometimes we want to wait for the thread with a certain ID to terminate before performing some operations, pthread_ The join function provides us with this function, which is called thread connection:

When thread X connects to thread Y, if thread Y is still running, thread X will block until thread Y terminates; If thread Y has terminated before being connected, the connection call of thread X will return immediately.

Note: for a thread that has already been connected, performing the connection operation again will lead to unpredictable behavior!

Thread separation
Sometimes we don't care whether a thread has terminated or not. We just hope that if a thread terminates, the system can automatically recover the resources occupied by the terminated thread. pthread_ The detach function provides us with this function, which is called thread separation:

Thread (input parameter), which specifies the thread that you want to perform the detach operation
Return value:

Note: if a thread has been separated, we can't connect it anymore! 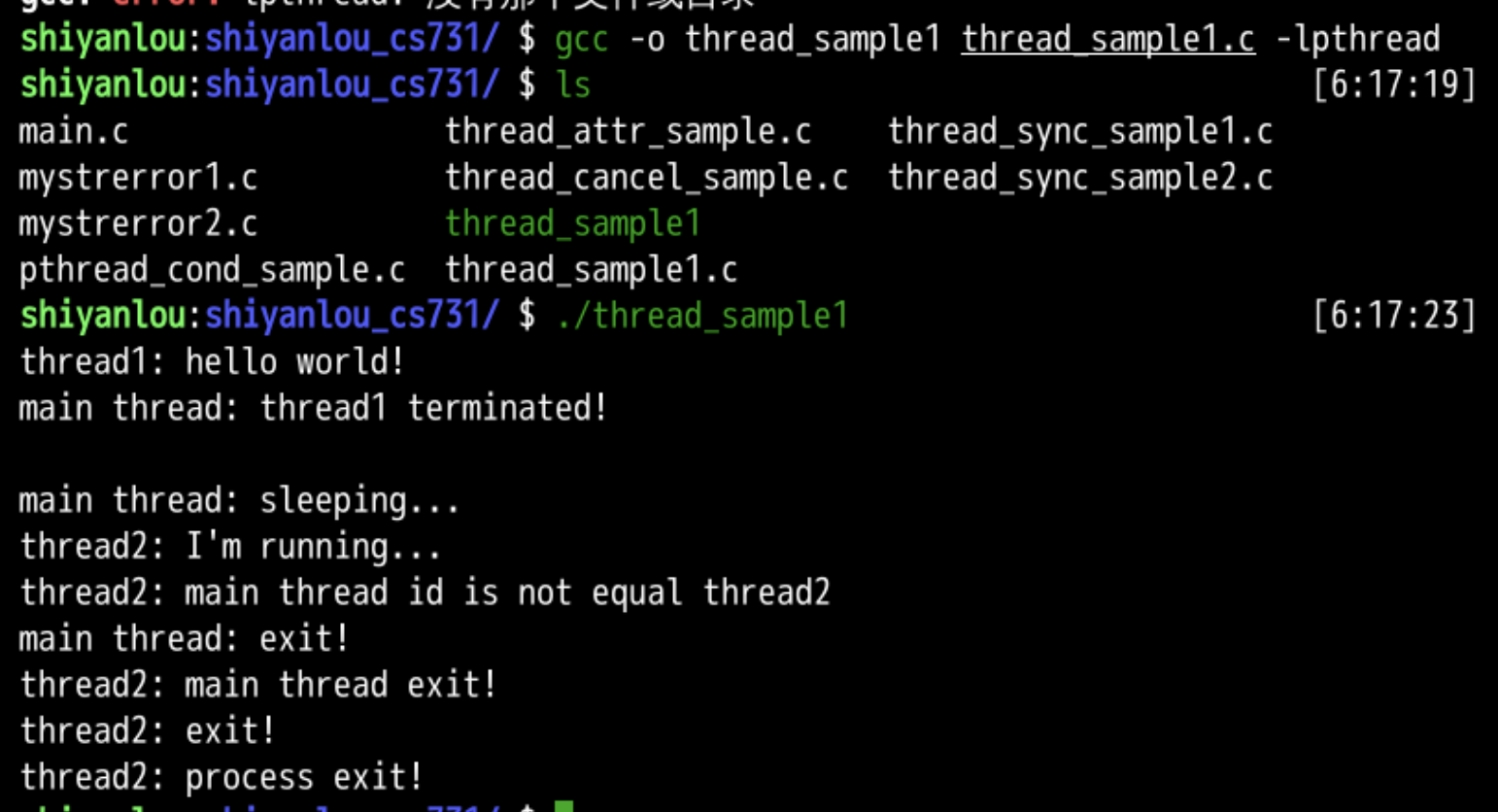