If not, I'll give you an adapter, okay

Convert the interface of a class into another interface that the customer wants. The adapter pattern allows classes that cannot work together because of interface incompatibility to work together—— Design patterns: the foundation of Reusable Object-Oriented Software

The adapter pattern is an object structured pattern.

The interface here is not only the interface in the java language, but also refers to the set of method features of a type. It is a logical abstraction.

This is an example of an adapter usage scenario:

Target role: This is the interface expected by the customer. The target can be a concrete or abstract class or an interface

Adapter role: there is an interface, but it is incompatible with the interface expected by the client.

adapter role: converts an existing interface to a target interface.

There are three types of adapter modes: 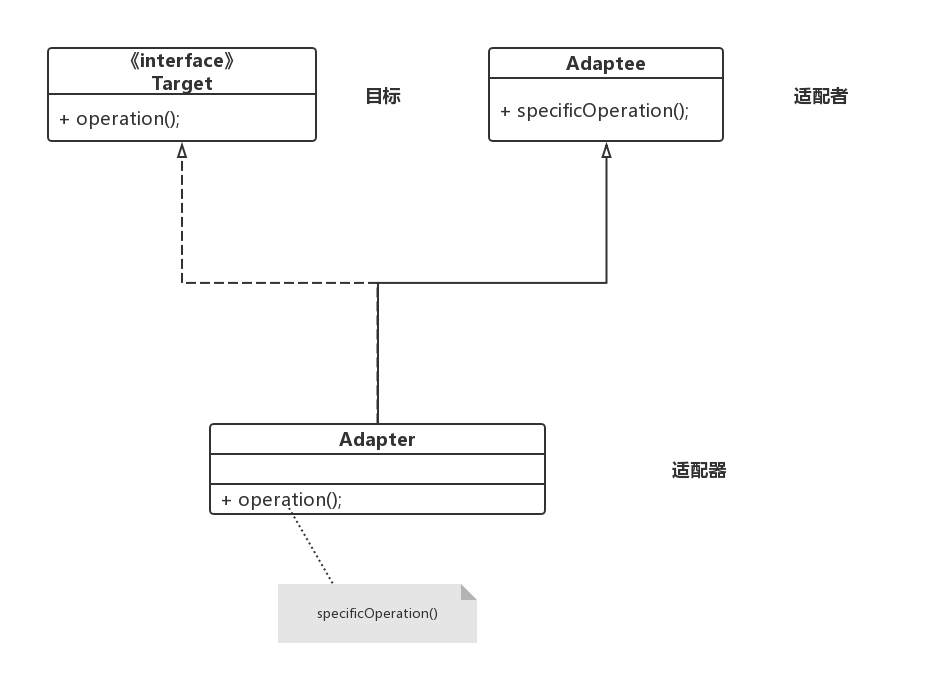 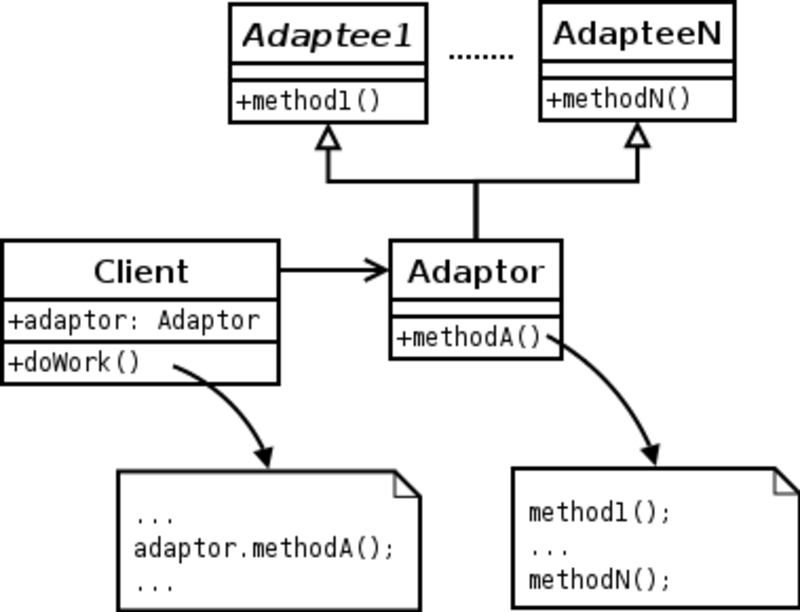 A diagram illustrates the requirements:

Well, it's the power adapter. There are two lines above:

Our demand is to convert the power input 220V (adapter) to 5V output (target).

The power adapter class implements the power target and inherits the adapter. In fact, without the prompts or logs I printed, the output5V method can be written directly as: 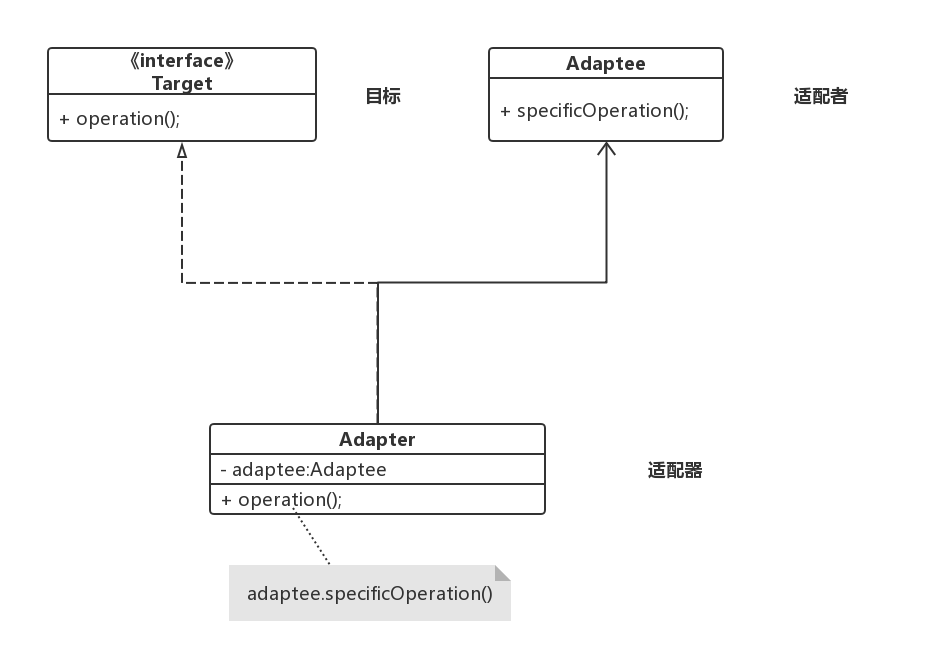 As shown in the figure above, different from the class Adapter mode, the Adapter only implements the interface of the Target and does not inherit the Adaptee, but references the Adaptee in an aggregate manner. 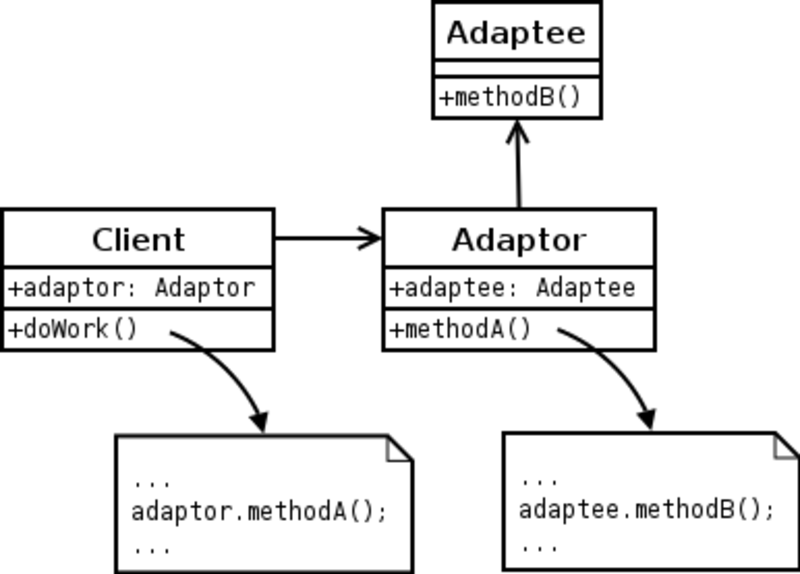 The code example and the class Adapter pattern are different only from the Adapter class. The other completion is the same, and even the test results are the same. Only the Adapter class is pasted below.

Before java8: the interface has no default method, that is, there is no method that implements specific logic, and does not support multi class inheritance, so there can only be one adapter class. 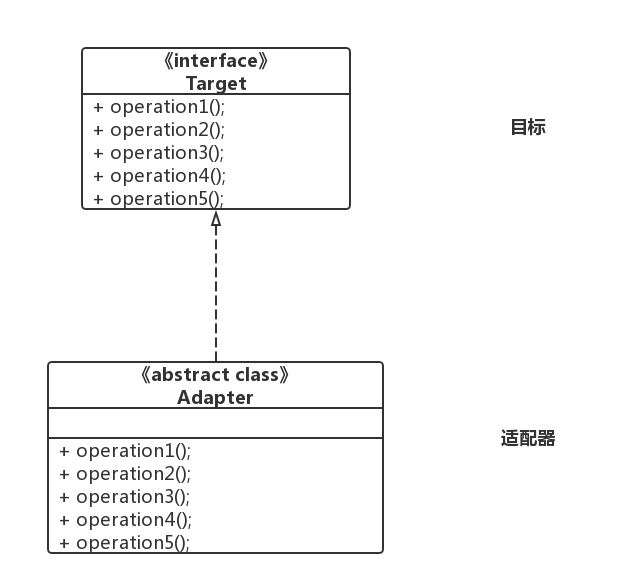 The Adapter class implements the Target interface, and the method is empty by default.

All operations are implemented by default

This is the class required to test the default adapter mode (Operator.java):

2. Scalability: the adapter enables the system to expand the functions of the system in one more way

3. Coupling: decoupling to some extent

Excessive use of adapters increases the difficulty of system understanding.

This paper mainly introduces three adapter modes, which are essentially the conversion of existing incompatible interfaces to required interfaces.

Object adapter pattern, which is transformed by aggregating object instances.