Design a Coffee category and define its two subclasses (American Coffee and latte Coffee); Then design a Coffee store, which has the function of ordering Coffee.

The design of specific classes is as follows:

In this tutorial, we will introduce the use of three factories

Simple factory is not a design pattern, but more like a programming habit.

Now use a simple factory to improve the above case. The class diagram is as follows:

Factory class codes are as follows:

Encapsulates the process of creating objects, which can be obtained directly through parameters. Separate the object creation from the business logic layer, so as to avoid modifying the customer code in the future. If you want to implement a new product, you can directly modify the factory class without modifying it in the original code, which reduces the possibility of modifying the customer code and makes it easier to expand.

When adding new products, you still need to modify the factory code, which violates the "opening and closing principle".

In the development, some people define the function of creating objects in the factory class as static. This is the static factory pattern, which is not one of the 23 design patterns. The code is as follows:

In view of the shortcomings in the above example, the factory method mode can be used to solve them perfectly and fully follow the opening and closing principle.

The main roles of the factory approach model are:

The factory method mode is used to improve the above example. The class diagram is as follows:

From the code written above, we can see that when adding product classes, we should also add factory classes accordingly. There is no need to modify the code of factory classes, which solves the shortcomings of simple factory mode.

The factory method mode described above considers the production of a class of products, such as only raising animals in livestock farms, only producing televisions in TV factories, and only cultivating students majoring in computer software in intelligence podcasts. 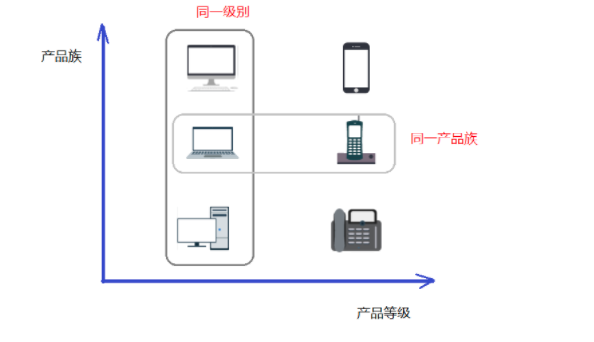 It is a pattern structure that provides an interface for the access class to create a group of related or interdependent objects, and the access class can obtain different levels of products of the same family without specifying the specific class of the product.

The main roles of the abstract factory pattern are as follows:

If you want to add the same product family, you only need to add another corresponding factory class without modifying other classes.

When a new product needs to be added to the product family, all factory classes need to be modified.

For example, the input method changes the skin, and the whole set changes together. Generate programs for different operating systems.

You can decouple factory objects and product objects by means of factory mode + configuration file. Load the full class name in the configuration file in the factory class and create an object for storage. If the client needs an object, it can get it directly.

For the convenience of demonstration, we use the properties file as the configuration file, named bean.properties

The static member variable is used to store the created object (the key stores the name and the value stores the corresponding object), while reading the configuration file and creating the object are written in the static code block, so that it only needs to be executed once.

You should be familiar with the above code. Use iterators to traverse the collection and get the elements in the collection. The factory method pattern is used in the method of obtaining iterators from single column sets. Let's look at the structure through the class diagram:

​ 2. The getInstance() method in the calendar class uses factory mode;

The interface class diagram is as follows:

The cloning of prototype pattern can be divided into shallow cloning and deep cloning.

Shallow cloning: create a new object. The properties of the new object are exactly the same as the original object. For non basic type properties, it still points to the memory address of the object pointed to by the original property.

Deep clone: when a new object is created, other objects referenced in the attribute will also be cloned and no longer point to the original object address.

Class diagram is as follows:

In the above case of "three good students" award, modify the name attribute of Citation class to Student type attribute. The code is as follows:

The operation result is:

​ If stu object and stu1 object are the same object, the name attribute value in stu1 object will be changed to "Li Si", and Li Si is displayed in both citation objects. This is the effect of shallow cloning, which copies the reference type attributes in the specific prototype class (Citation). This situation requires deep cloning, which requires object flow. The code is as follows:

The operation result is:

Note: the Citation class and Student class must implement the Serializable interface, otherwise NotSerializableException will be thrown.

Class diagram is as follows:

Here Bike is a product, including frame, seat and other components; Builder is an abstract builder, MobikeBuilder and OfoBuilder are concrete builders; Director is the commander. Class diagram is as follows:

The specific codes are as follows:

The above example is the general usage of the Builder mode. The commander class Director plays a very important role in the Builder mode. It is used to guide the specific Builder how to build the product, control the call order, and return the complete product class to the caller. However, in some cases, the system structure needs to be simplified, and the commander class can be combined with the abstract Builder

This does simplify the system structure, but it also aggravates the responsibilities of the abstract builder class, and does not conform to the principle of single responsibility. If the construct() is too complex, it is recommended to package it into the Director.

The products created by Creator mode generally have more in common and their components are similar. If there are great differences between products, it is not suitable to use builder mode, so its scope of use is limited.

The Builder pattern creates complex objects. Each part of its product is often faced with drastic changes, but the algorithm that combines them is relatively stable, so it is usually used in the following occasions.

In addition to the above purposes, the builder mode is also commonly used in development. When a class constructor needs to pass in many parameters, if an instance of this class is created, the code readability will be very poor, and it is easy to introduce errors. At this time, the builder mode can be used for reconstruction.

The code before refactoring is as follows:

The Phone object built in the client code above passes four parameters. What if there are more parameters? The readability of the code and the cost of using it are relatively high.

The refactored code is more convenient to use and can improve the development efficiency to some extent. In terms of software design, the requirements for programmers are relatively high.

Let's give a simple example to illustrate the difference between the two. If we want to create a superman, if we use the factory method mode, we will directly produce a Superman with infinite power, flying and wearing underwear; If you use the builder mode, you need to assemble the hands, head, feet, trunk and other parts, and then wear your underwear outside, so a superman was born.

The builder model requires the product to be built according to the specified blueprint. Its main purpose is to produce a new product by assembling spare parts.

If the abstract factory pattern is regarded as an auto parts production factory to produce the products of a product family, the builder pattern is an auto assembly factory, which can return a complete car through the assembly of parts.