PS: To reproduce, please indicate the source, I have the copyright.

PS: This is based solely on my own understanding.

If there is a conflict with your principles and ideas, please understand.

_This article serves as a backup of my csdn blog's main site. (BlogID=114)

_Before reading this article, be sure to know the following pre-article concepts:

_As the end of this series, this article will start with the offline model above and build our offline model inference code structure from scratch. After a reasonable deployment, it will run properly on the MLU220 development board.

_If there is infringement on the quoted part of the text, please contact me to delete it in time.

_With the introduction above, we can know that we are mainly calling the runtime-related api. There are two sets of API available here, one is cnrt and the other is easydk. easydk is an API encapsulated by cnrt, which greatly simplifies the development process of offline model inference. However, our main line of development is consistent, that is, to initialize mlu devices, load models, preset Reason, model inference, post-processing, processing results.

_In addition, the Cambrian provides a CNStream program framework, based on EasyDk development, which provides a simple and easy-to-use framework in the pipeline+observer way. If you are interested, please check its website https://github.com/Cambricon/CNStream .

_We are actually using this development method of EasyDK+CNRT to construct a program like CNStream.

Introduction and Compilation of EasyDK

In addition to CNToolKit's neuware dependency, it also relies on glog,gflags,opencv, which need to be installed in advance. An introduction to the version of CNToolKit x86 has been described in the Model Migration Environment section.

_Because we are developing an edge-end offline model inference program, in general, we mainly use the EasyInfer part of EasyDK. Its compilation process is as officially described:

_If you are familiar with the cmake compilation process, you know that the above process is very common. Compiling under x86 is easy for EasyDK compilation, but if cross-compiling is required, it is best to generate only core libraries, with all other sample s and test s turned off.

_Remember in the article "Cambrian Acceleration Platform (MLU200 Series) Fishing Guide (3) - Model Transplantation-Split Network Instance", we can see that by torch_mlu.core.mlu_model.set_core_version('MLU220') allows us to adjust the platform on which the resulting offline model runs, whether it's an edge-end MLU220 or a server deployment-side MLU270. Yes, no mistake. MLU270 can be used for both model migration and offline model deployment. As mentioned at the beginning of this series, these platforms are just differences in deployment scenarios.

_Why do we need to debug the offline model on MLU270? For convenience. Since MLU220 generally requires cross-compilation, especially the generation of related dependent libraries is cumbersome, if the board of MLU220 is also easy to debug, it can also be developed and debugged directly based on MLU220.

_Since I am here in the form of EasyDK+CNRT mixed calls, I mainly comment and introduce them based on their official CNRT inference code and label what EasyDK can do in one step at a relevant location. Here are a few simple answers. Why do I need EasyDK? Why not develop directly based on CNRT? My answer is to make choices based on the need to move the project forward. As for the final form of this program, I'm actually looking forward to developing it directly based on CNRT because it works, but at the expense of knowing the relevant content very well.

_Following is an introduction to the official reasoning code (there may be some changes in the order, some returns are not handled by the official code, you need to be aware when you write your own, and there are some omissions in the official code that I have modified):

Here is a brief list of the order in which EasyDK operates:

Deployment of offline model on ML220

_In the previous section, the main task is to complete the program development of offline model inference and run tests on MLU270. The main content of this section is how to deploy our tuned program to MLU220.

_Deploying to MLU220, the first problem we face is cross-compiling the program that generates AARCH64. There are three partial dependencies, CNToolkit-aarch64, easydk-aarch64, and other third-party libraries such as opencv-aarch64. At this point, we have an offline inference program for aarch64, which works with the offline model of the mlu220 version that we converted earlier.

_Below is an example of error reporting without an mlu device:

Below is the last log of the load driver:

_Following is the output of the running program:

_For RK3399pro and Cambrian MLU220 platforms, some long-term models may have a 300%+ performance improvement over RK3399pro due to the optimal comparison. However, for some new models and some non-classical (non-public) models, due to their own optimization or network structure, the performance may only be improved by 30%+, but this is also a pleasant thing, after all, many things can achieve quasi-real-time after hardware upgrade.

_This is the basic introduction of this series, the end of sprinkling ~~~~~. 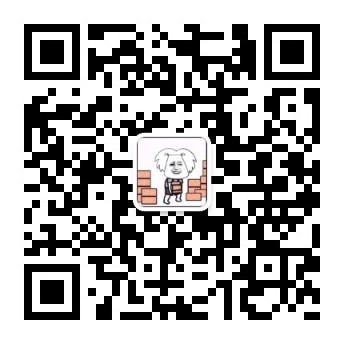 PS: Respect the original, do not spray.

PS: To reprint, please indicate the source. I have the copyright.

PS: Please leave a message if you have any questions and I will reply as soon as I see them.