14.1 brief overview of the paper

Random forest (RF) is a bagging algorithm. RRCF (Robust Random Cut Forest) mentioned in this paper is improved on the basis of RF to achieve the effect of "robustness". Therefore, the core idea of this paper is to improve RF into RRCF, define and prove some properties of RRCF, and experiment to prove the effect of RRCF.

Therefore, the whole paper should include the following aspects:

Because there are many definitions, we will look down one by one.

First, learn about the RF generation process, which is very helpful to continue to understand RRCF.

The goal of the integration method is to combine the prediction of multiple basic estimators with a given learning algorithm to improve the generality / robustness of a single classifier. There are two integration methods: Boosting and bagging. Random forest is a typical representative of bagging.

The generation process of random forest can be parallel, that is to say,

Next, focus on the generation process of RRCF, that is, the definition 1 in the paper: 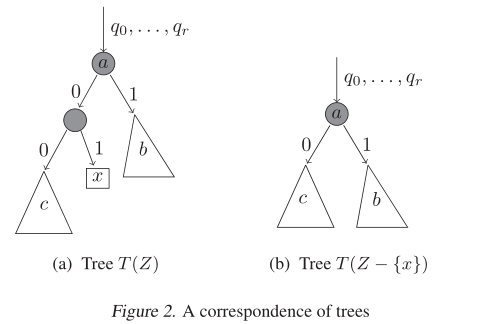 This is understandable. What's left after cutting c c c represents the entire parent node before it, and the probability will not change naturally.

The following theorems 3, 4 and 5 can be looked at a little, and some performance considerations.

Firstly, the paper gives an example of someone wearing a hat to change color. To be honest, this example is not very good.

1The converse is not true, this is a many-to-one mapping.

Conversely, this is a many to one mapping.

Refer to for more information smileyan.cn

The corresponding algorithm source code is in github.com It has been implemented, and there are even relatively complete document examples https://klabum.github.io/rrcf/ , you might as well go and experience it.

Note that there is also a brief introduction paper on the implementation of the algorithm Go and check .

Ensure the environment of Python 3, and then enter the command:

Examples provided by RRCF include:

Insert several points into the tree:

The following effects can be seen at this time: 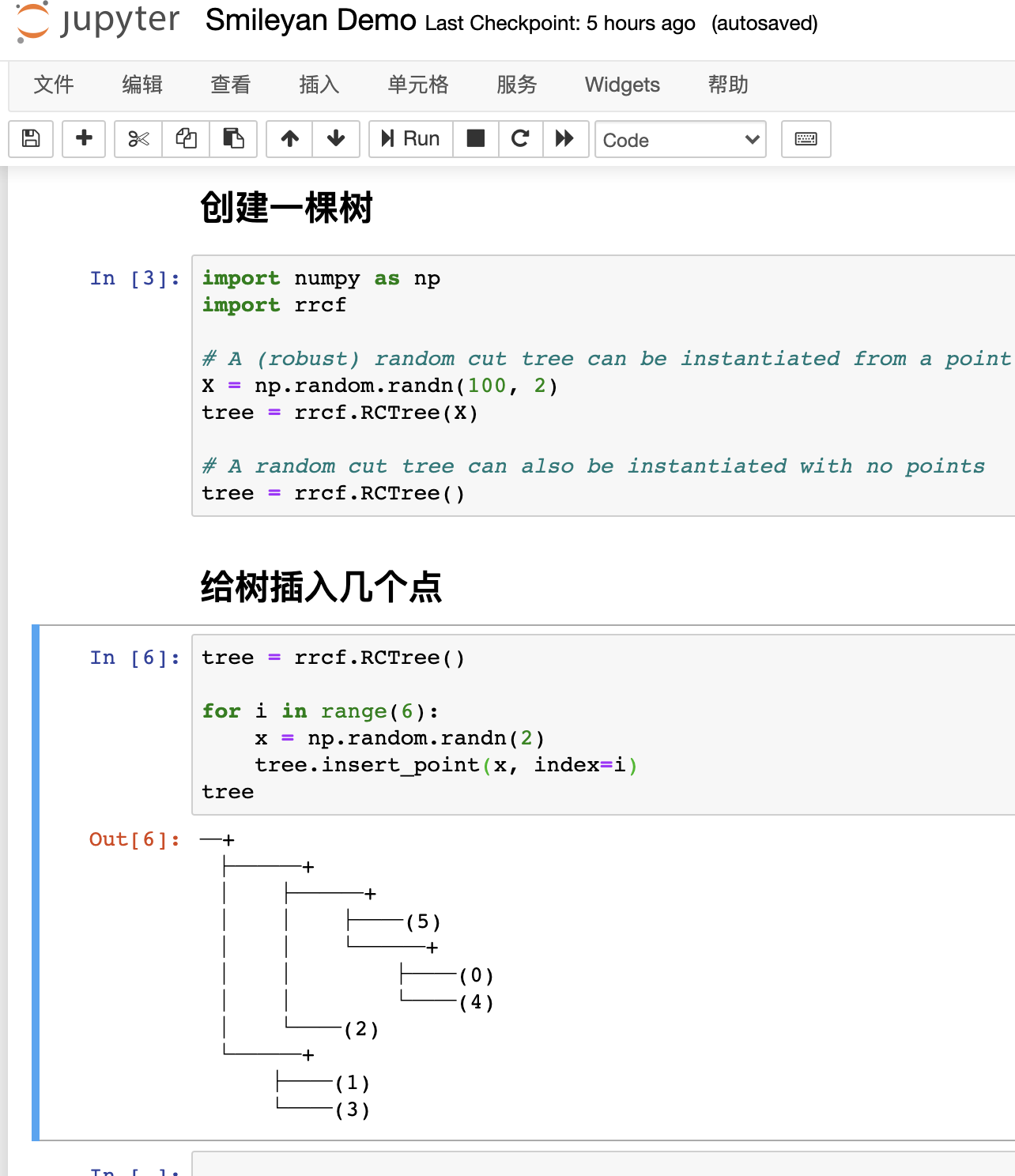 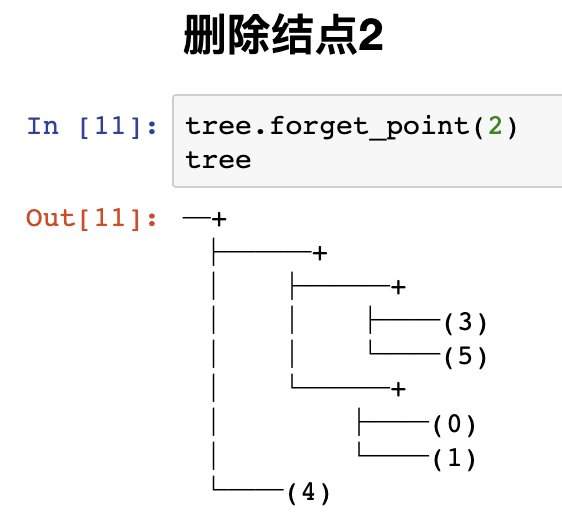 Note that this has nothing to do with exception detection, but indicates that RRCF has these functions.

14.2.3 RRCF is used for anomaly detection

As mentioned earlier, when a point is inserted, which greatly increases the complexity of the model, it is very likely to be an outlier. Here is an example (officially provided).

The code starts with normally distributed data as a training set, which is used to generate numbers 🌲.

Finally, these two points are inserted with an index to facilitate searching.

Then look at the complexity of inserting these two points into the model. 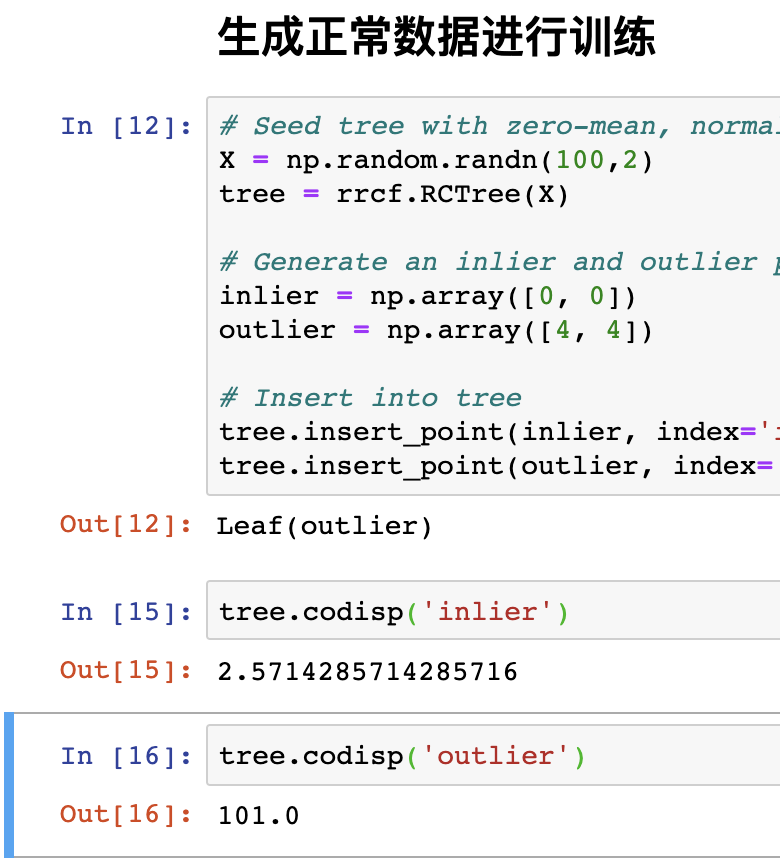 Note that since the data is generated randomly, it is normal for the results to be inconsistent, but the output of normal data will be much smaller than that of abnormal data.

The same data is made, but this time it is tested on a large scale in the form of batches.

After the calculation, the following code is shown:

The effect picture is:

Anomaly detection has a long way to go. RRCF can be used as a representative of classical machine learning algorithms for comparative experiments. It can be said that it is a relatively advanced representative.

The expression of the paper is a little strange, but the general meaning should be understandable. If you have any questions, please leave a message below and let's discuss it together.