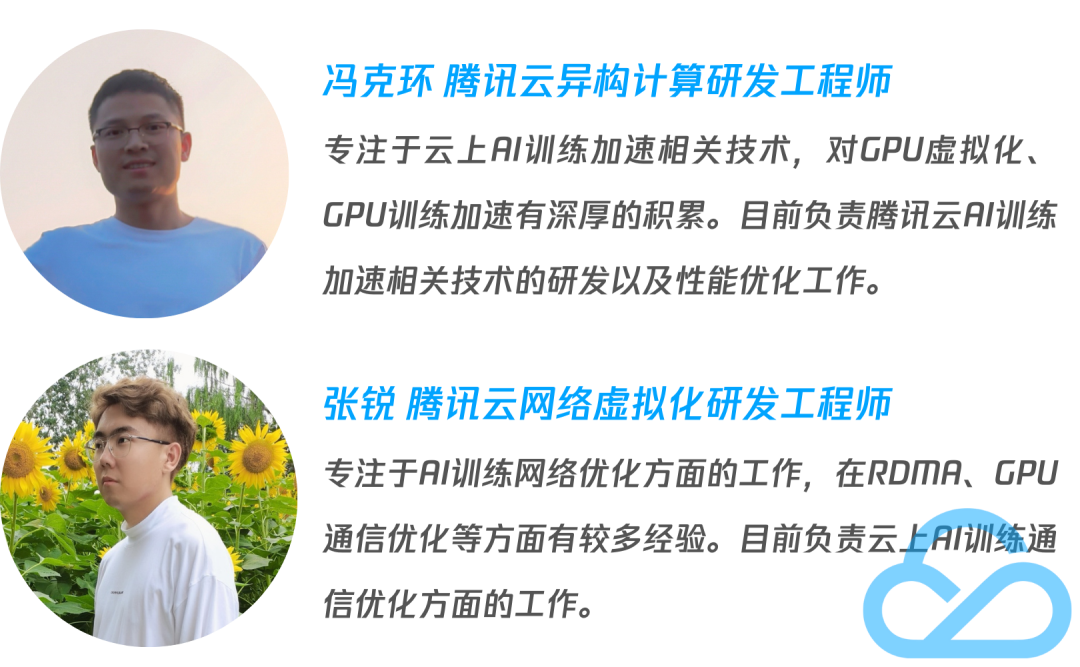 The custom user state protocol stack HARP can achieve a linear speedup of nearly 100G RDMA network in the VPC distributed training environment, and has more than twice the performance improvement on some models compared with the open source Horovod framework.

The main acceleration technologies introduced by taco training in distributed scenarios include: 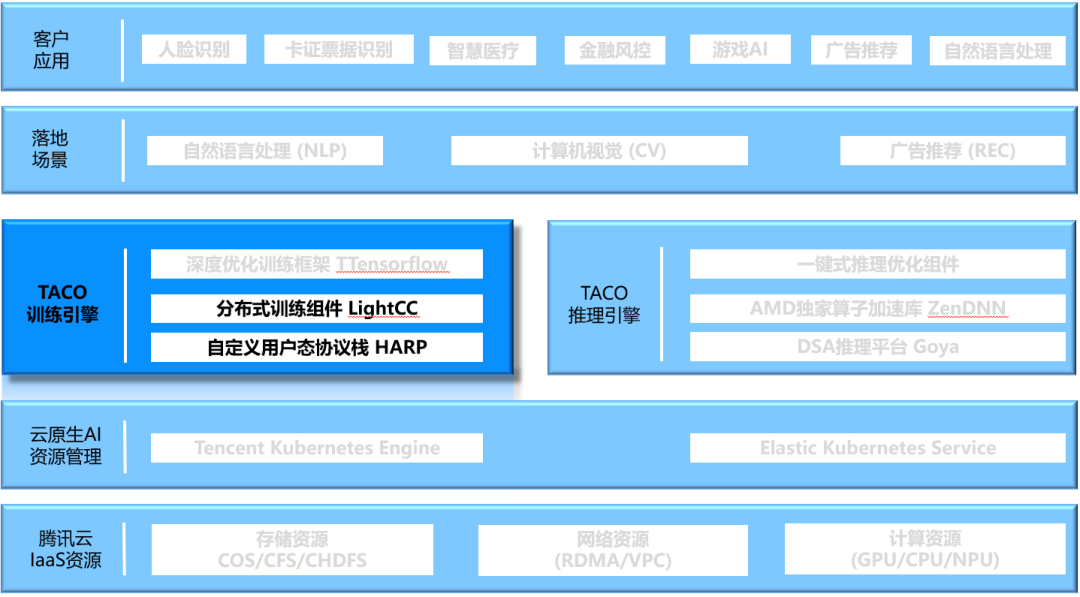 With the development of network hardware technology, the speed of network card has increased from 10G to 100G or even higher, and is widely deployed in the data center. However, the kernel network protocol stack commonly used at present has some necessary overhead, which makes it unable to make good use of high-speed network devices. In order to solve the problems existing in the kernel network protocol stack, Tencent cloud has developed the user state network protocol stack HARP, which can be integrated into NCCL in the form of Plug-in without any business changes to accelerate the distributed training performance on the cloud. In the VPC environment, compared with the traditional kernel protocol stack, HARP provides the following capabilities: 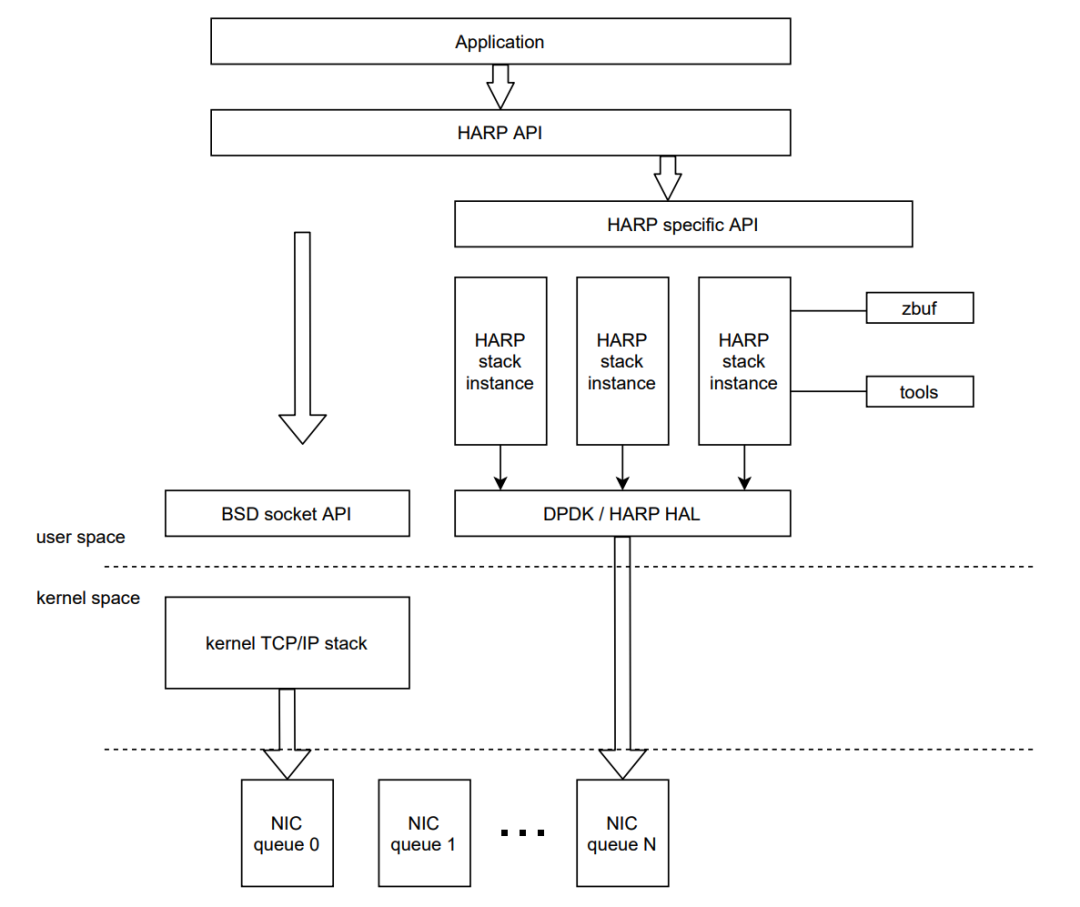 Kubeflow is a tool set for the development, training, optimization, deployment and management of machine learning on the k8s platform, integrating many open-source projects in the field of machine learning, such as Jupyter, tfserving, Katib, Argo, etc. It can manage different stages of machine learning: data preprocessing, model training, model prediction, service deployment, etc. As long as k8s is installed, it can be deployed in local, computer room and cloud environment.

At present, TKE has integrated some AI components provided by open source Kubeflow, such as MPI operator, TF operator, pytorch operator, elastic Jupiter operator, etc., which can be easily installed and used by users. 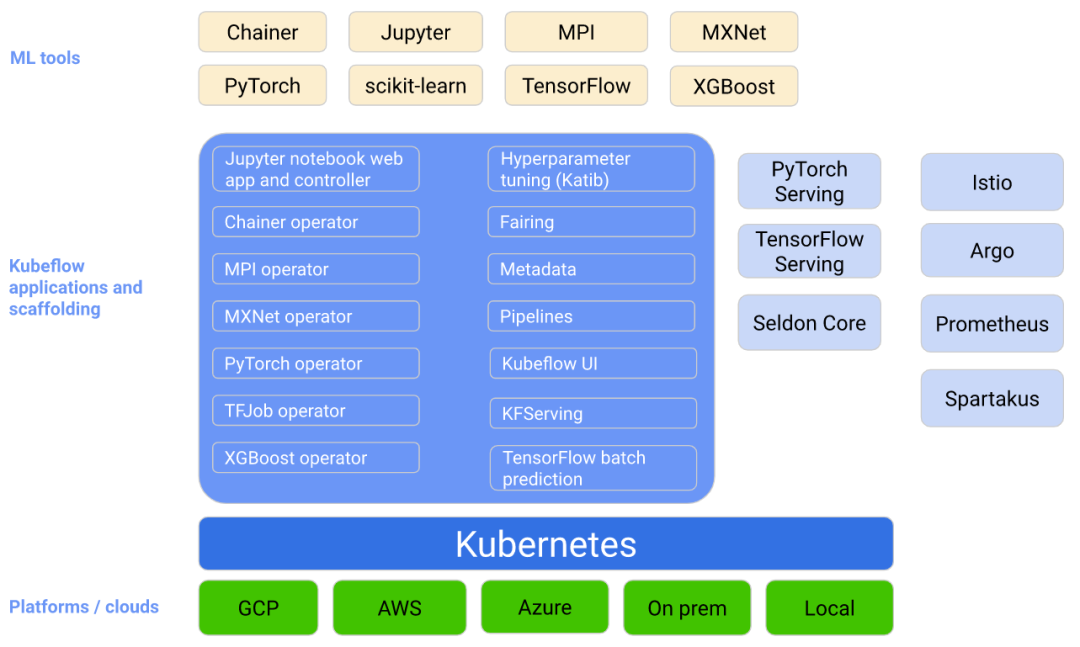 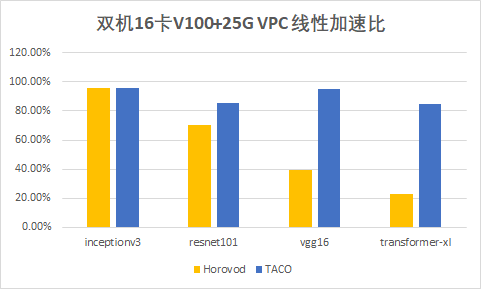 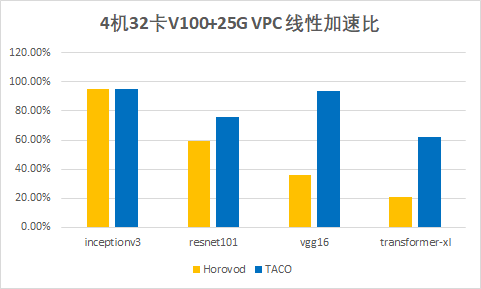 It can be found that with the increase of network model parameters, the improvement effect of TACO compared with Horovod is more and more obvious, and the performance of transformer XL is even improved by more than twice.

The following figure shows that both ResNet50 and transformer XL can provide performance close to Blackstone 100G RDMA product (HCCPNV4h) after CVM instance (GT4.41XLARGE948 + 50G VPC) is accelerated by HARP in the training environment of dual 16 card A100. 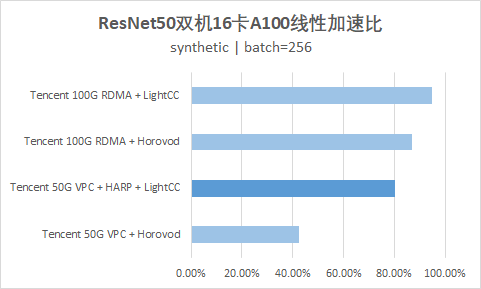 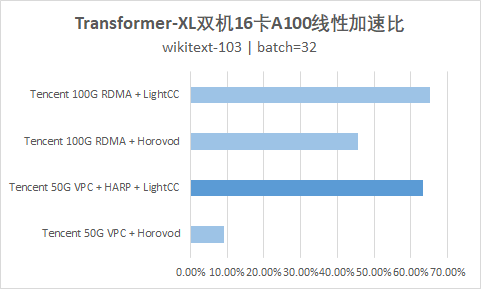 In order to reproduce the above performance acceleration effect, next we begin to learn how to build a tke kubeflow + taco training GPU distributed training cluster step by step.

Refer to the following configuration:

2. Install the Kubeflow component MPI operator on the console. 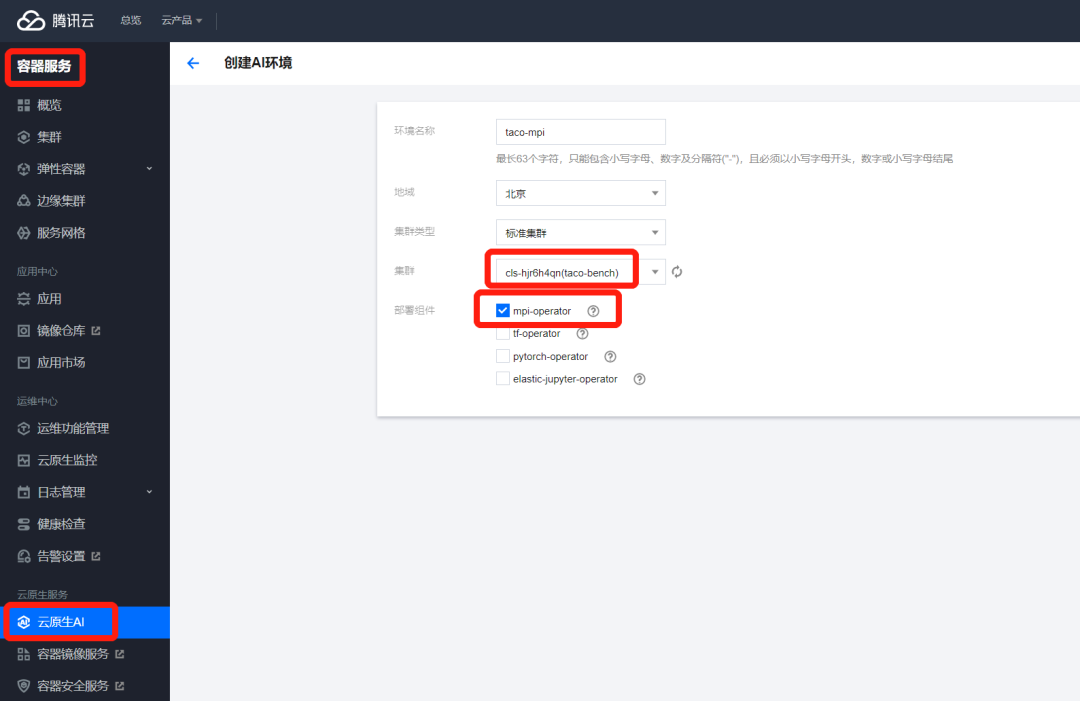 After successful installation, you can see the following pod on the worker node, 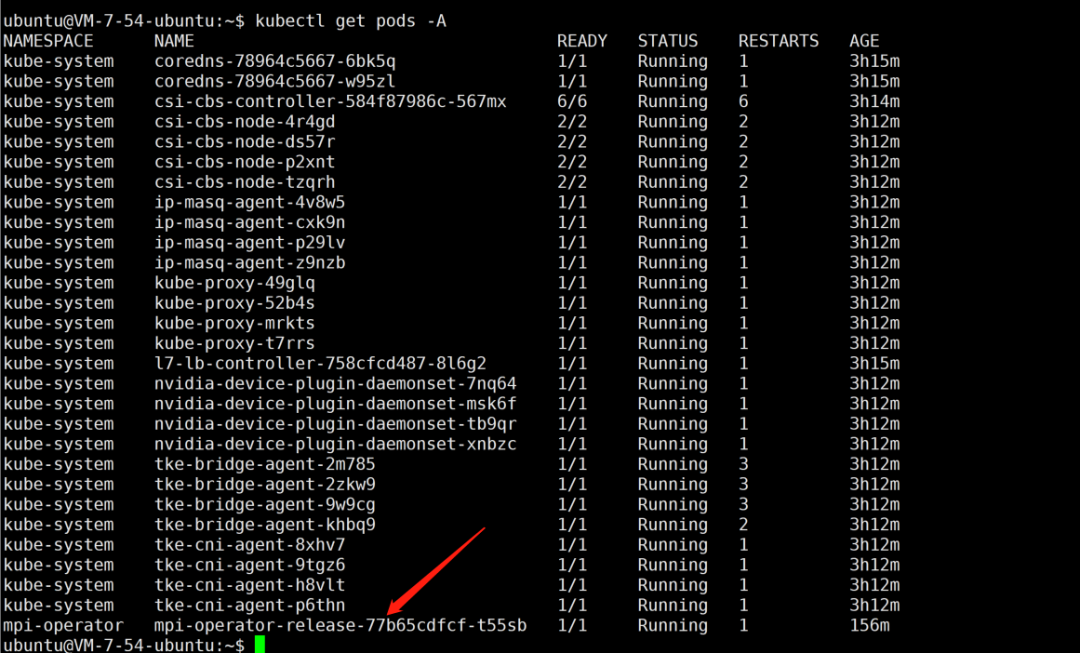 3. All worker nodes are configured with large page memory

After the host is up, check whether the configuration is successful, 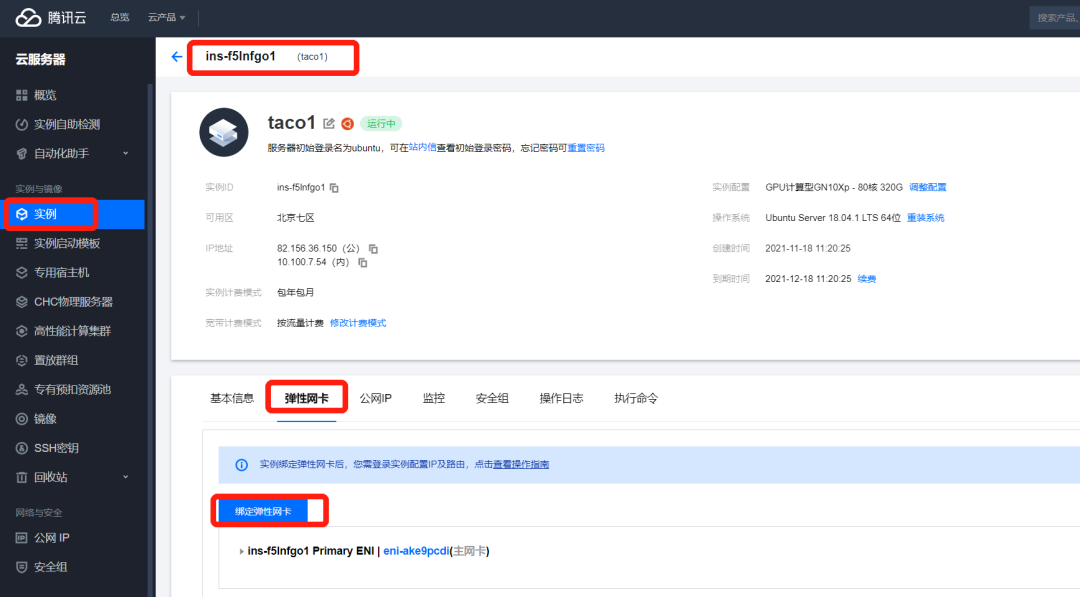 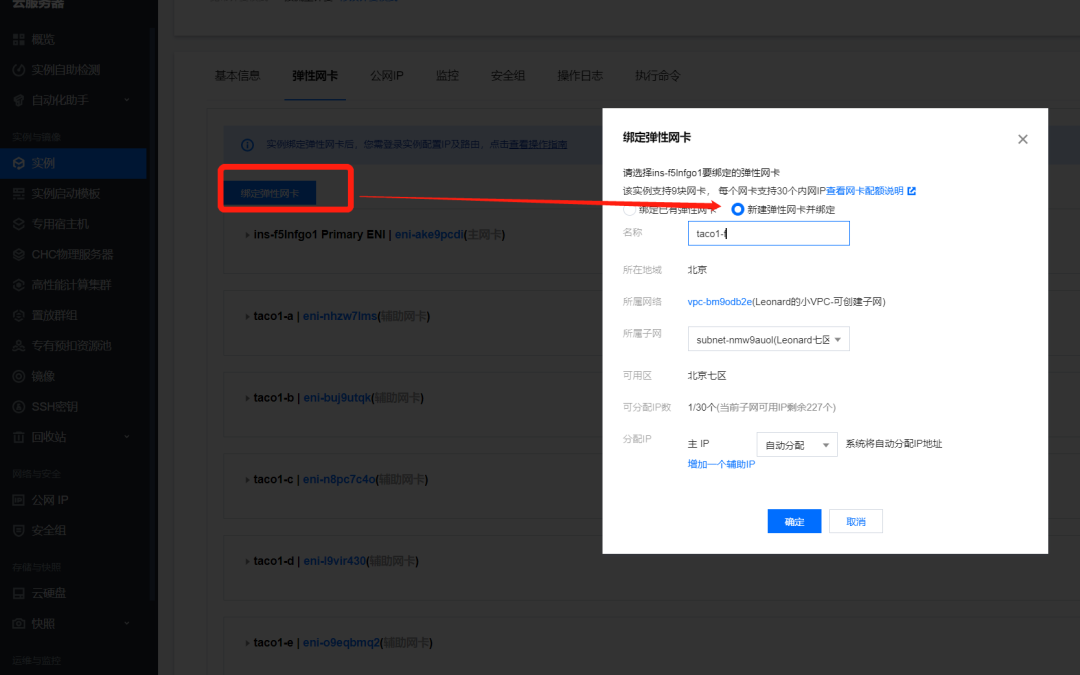 If the execution is successful, 'Set up HARP successfully' will be printed,

Refer to the following: taco.yaml file,

Download the benchmark script and copy it to taco's container,

In order to test the performance of different network models and the number of nodes, mpi launcher pod is not configured to directly start the training script.

If you need to switch to Horovod for comparison test, execute the following command to delete TACO related components and install open source Horovod,

At this point, we can reproduce the performance data shown above,

Then we show the acceleration effect of Taco training engine with HARP blessing:

Finally, we learned how to build taco training training cluster step by step based on TKE Kubeflow. The process is very simple and convenient. Let's try it together.