Detailed explanation of automatic packing and unpacking in Java, 5000 + words. I don't understand. You hit me

What is automatic packing and unpacking? ​

Very simple, you can see the packing and unpacking process in the following two sentences of code

Let's take a look at the types of packing and unpacking: 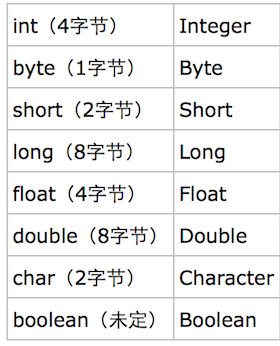 This process is automatically executed, so we need to look at its execution process:

Decompile the class file to get the following:

Let's take Integer as an example to analyze its source code:

It will first determine the size of I: if I is less than - 128 or greater than or equal to 128, create an Integer object, otherwise execute SMALL_VALUES[i + 128].

First, let's look at the constructor of Integer:

It defines a value variable. If you create an Integer object, you will initialize this variable. The second passed in is a String variable, which will first convert it to an int value and then initialize it.

It is a static Integer array object, that is, the final valueOf returns an Integer object.

2. Then look at the intValue function

This is very simple. Just return the value directly.

As we can see above, in the constructor of Integer, it can be divided into two cases:

These may not be very clear. Let's take an example:

At the back of the code, we can see that their execution results are different. Why? Look at our instructions above.

1. i1 and i2 will be automatically boxed and the valueOf function is executed. If their values are within the range (- 128128), they will get the same object SMALL_VALUES[228] in the SMALL_VALUES array. They refer to the same Integer object, so they must be equal.

2. i3 and i4 will also be automatically boxed and execute the valueOf function. Their value is greater than 128, so they will execute new Integer(200), that is, they will create two different objects respectively, so they must be different.

Look at the above execution results. They are different from Integer. It's not surprising, because their valueOf implementations are different, and the results must be different. Why don't they be unified?

This is easy to understand. For integers, there are only 256 fixed values between (- 128128]), so in order to avoid creating objects many times, we have created an Integer array SMALL_VALUES with a size of 256 in advance. Therefore, if the value is within this range, we can directly return the objects we have created in advance.

However, for Double type, we can't do this because its number is infinite in this range. To sum up, the number of integer values in a range is limited, but floating-point numbers are not.

Therefore, the method in Double is very direct, which is to directly create an object, so the object created each time is different.

Integer faction: the implementation of valueOf methods of integer, Short, Byte, Character and Long is similar.

Double faction: the implementation of the valueOf methods of double and Float is similar. Different objects are returned each time.

The Integer faction is summarized as follows:

Let's look at another situation:

You can see that all returned are true, that is, they execute valueOf and return the same object.

You can see that it does not create objects, because two objects have been created internally in advance, because there are only two cases. This is also to avoid creating too many objects repeatedly.

Several situations have been introduced above, and other situations will be further discussed below.

Let's take a look at the source code of equals:

We specify that equal compares the content itself, and we can also see that the parameter of equal is an Object object. We pass in an int type, so it will be boxed first and then compared. The reason why it returns true is that it compares the value value in the Object.

It must meet two conditions to be true:

The reason why false is returned above is that the types are different.

Let's decompile some of this class file: javap -c StringTest 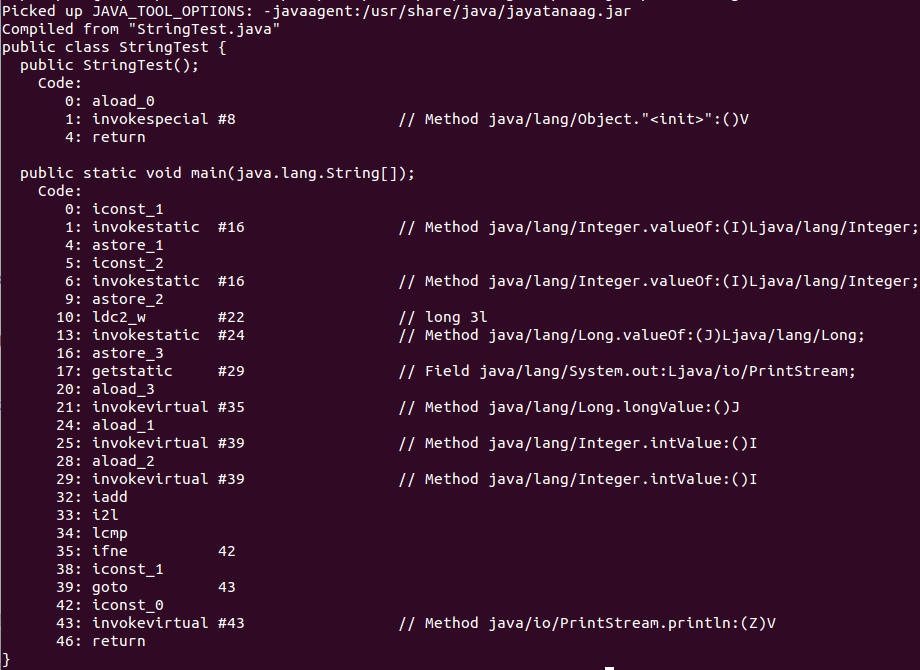 This explains why true is returned at the top

These two lines of code are completely legal and can be compiled, but null pointer exceptions will be thrown at run time. Of course, integer100 is an object of Integer type, which can point to null. However, in the second line, integer100 will be unpacked, that is, intValue() will be executed on a null object Method, of course, will throw a null pointer exception. Therefore, when unpacking, you must pay special attention to whether the encapsulated class object is null.

1. You need to know when it will cause packing and unpacking

2.Stop playing if/ else on the full screen. Try the strategy mode. It's really fragrant!!

3.what the fuck! What is the new syntax of xx ≠ null in Java?

4.Spring Boot 2.6 was officially released, a wave of new features..