Our general data persistence methods include storing data in disk files, databases, etc. Using files, we can store the data directly on the hard disk of the computer, so as to achieve the persistence of the data.

2. What is a document

Files on disk are files. But in programming, we generally talk about two kinds of files: program files and data files (classified from the perspective of file function)
2.1 procedure documents
It includes source program files (suffix. c), object files (suffix. obj in windows Environment), and executable programs (suffix. exe in windows Environment).
2.2 data files
The content of the file is not necessarily the program, but the data read and written when the program runs, such as the file from which the program needs to read data or the file that outputs the content.
2.3 file name
A file should have a unique file ID so that users can identify and reference it.
The file name consists of three parts: file path + file name trunk + file suffix
For example: c:\code\test.txt
For convenience, the file ID is often referred to as the file name

3. Opening and closing of files

In the buffered FILE system, the key concept is "FILE type pointer", which is referred to as "FILE pointer". Each used FILE opens up a corresponding FILE information area in the memory to store the relevant information of the FILE (such as the name of the FILE, the status of the FILE, the current location of the FILE, etc.). This information is stored in a structure variable. The structure type is declared by the system and named FILE
For example, the stdio.h header file provided by VS2013 compilation environment has the following file type declaration

Whenever a FILE is opened, the system will automatically create a variable of FILE structure according to the situation of the FILE and fill in the information in it. Users don't have to care about the details. Generally, the variables of the FILE structure are maintained through a FILE pointer, which is more convenient to use.

3.2 opening and closing of documents

The file should be opened before reading and writing, and closed after use.

When writing a program, when opening a FILE, a pointer variable of FILE * will be returned to point to the FILE, which is equivalent to establishing the relationship between the pointer and the FILE.

If fopen is, but there is no fclose, file resource disclosure may be triggered. There is an upper limit to the number of times a file can be opened.

There are three files that are automatically opened by the operating system when starting the program.

Generate files in the project path 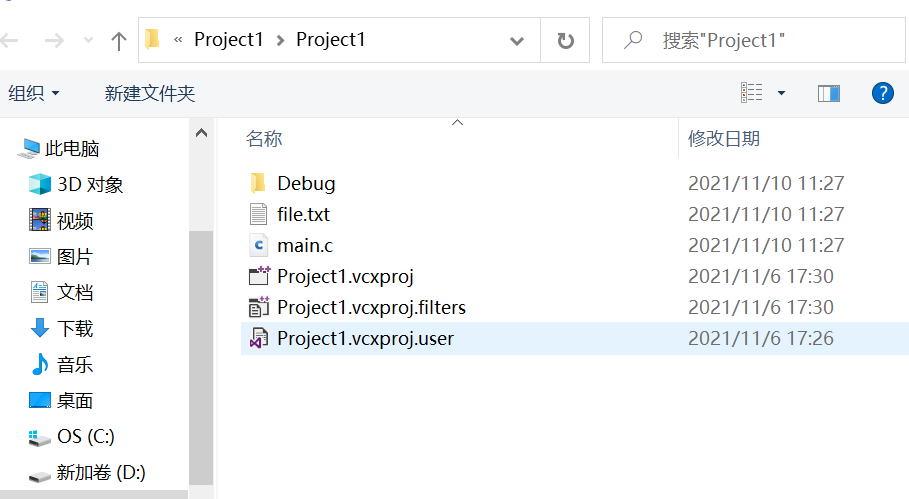 4. Sequential reading and writing of documents

fgets gets a string
Read num characters from the FILE pointed to by FILE * and store them in the string str
num: maximum number of characters to copy into str (including terminated null characters)

The modification code is as follows:

void *ptr points to memory
Size indicates the size of each element in bytes
How many elements are there in count
FILE * indicates the return value of fopen, which is used to find the location of the corresponding FILE on the disk
size_t returns the number of actually written elements. The number of actually successful elements may be less than count, mainly because the disk is full 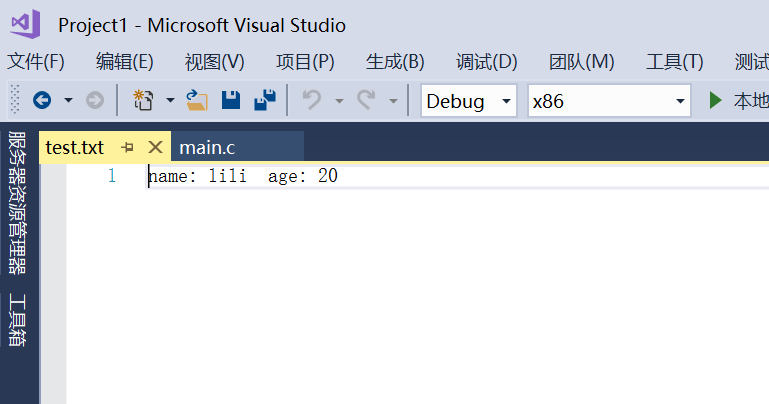 stdout is a variable of FILE * type, which is the standard output just mentioned. It is output on the display

sscanf parses a function from a string

sprintf outputs a formatted result to a string