Summary of microservice performance optimization due to a large increase in business recently - 4. Increase the monitoring of HTTP request waiting queue of synchronous microservices

Recently, the business has grown rapidly, which is also a big challenge for our background. The performance bottleneck of the core business interface encountered this time is not caused by a single problem, but a combination of several problems: after we solve one, we launch it, and then we find another performance bottleneck. This is also my lack of experience, which leads to my failure to locate and solve it all at once; And I have stubborn self-esteem for our whole backstage team. I don't want to survive the pressure peak through a large number of horizontal expansion, resulting in different degrees of problems online for several consecutive nights, which must have an impact on our business growth. This is also where I am immature and want to reflect. This series of articles mainly record the general technical optimization of our background micro service system for this business growth, and the optimization of business process and cache. Since it is only applicable to our business, it will not be repeated here. This series will be divided into the following articles:

Our spring webmvc based synchronous microservice uses Undertow as the HTTP container. In the spring boot environment, we can configure the thread pool size for processing HTTP requests:

The thread pool behind it is the JBoss thread pool: org.jboss.threads.EnhancedQueueExecutor. At present, spring boot cannot modify the queue size of this thread pool through configuration. The default queue size is Integer.MAX

We need to monitor the queue size of this thread pool and do some operations for this indicator:

Fortunately, org.jboss.threads.EnhancedQueueExecutor itself exposes various indicators of the thread pool of HTTP servlet requests through JMX: 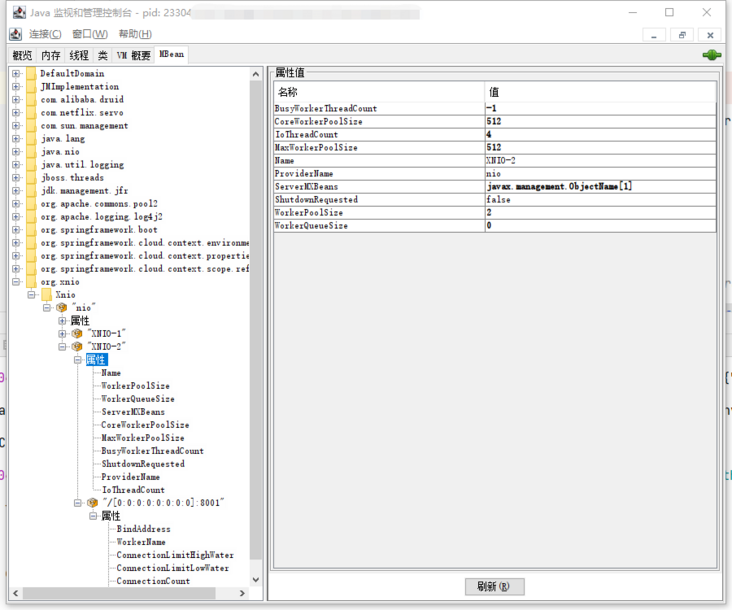 In our project, two kinds of monitoring are used:

For HTTP request waiting queue monitoring, we should expose it to grafana through the prometheus interface, collect indicators and improve response operations.

The codes that expose prometheus interface indicators are:

After that, we can see the corresponding indicators by calling /actuator/prometheus.

When queue accumulation occurs, we can quickly alarm and intuitively find out from grafana monitoring: 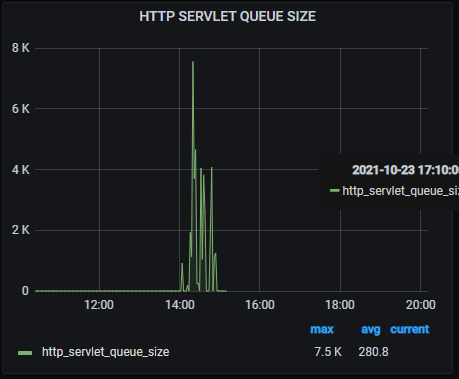 For public cloud deployment, pay attention to the monitoring of network restrictions

The current public cloud will virtualize the physical machine resources and the network card resources. Taking AWS as an example, the virtualization implementation of its network resources is ENA (Elastic Network Adapter). It will monitor and limit the following indicators:

At the same time, for mature public clouds, these indicators generally provide users with a display and analysis interface. For example, the CloudWatch of AWS provides the monitoring of the following indicators: 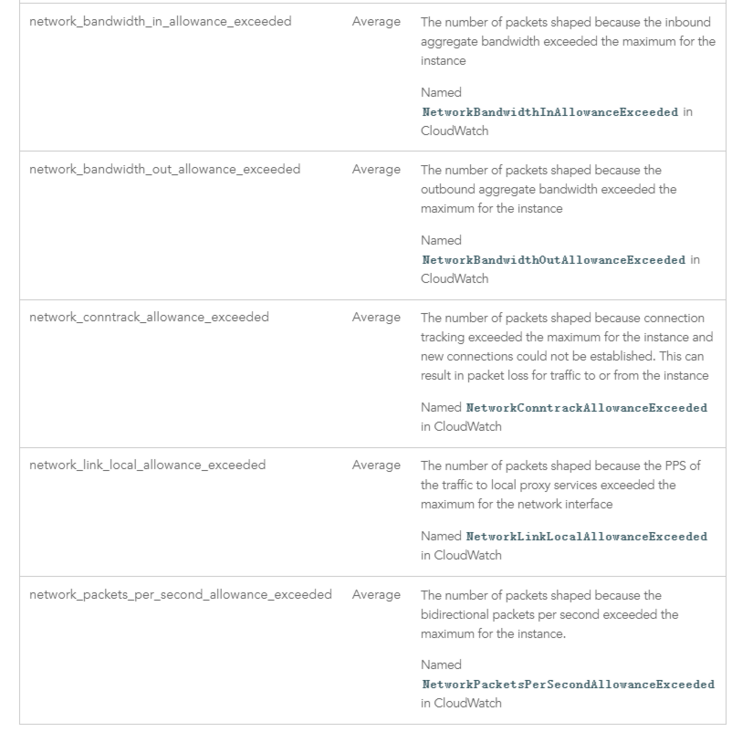 When the business traffic surged, we found that there was a performance bottleneck in accessing Redis through JFR, but the monitoring of Redis itself showed that it did not encounter a performance bottleneck. At this time, we need to check whether the problem is caused by network traffic restriction. During the period when the problem occurs, we find that the NetworkBandwidthOutAllowanceExceeded event has significantly improved:

WeChat search "my programming meow" attention to the official account, daily brush, easy to upgrade technology, and capture all kinds of offer: