The spring boot project is packaged into a jar package, and the encrypted deployment service allows the server to start automatically

The last article talked about the use of remote tools to remotely deploy the service, which allows it to run in the background without hanging up. This can basically meet the needs of normal projects, but we can continue to optimize the operation on this basis and do better.

The optimized solution is to encrypt the jar package + convert the service into a server system level service, and set it to allow startup and self startup.

Each company has its own set of framework and algorithm, and each project is modified and optimized on this basis, as well as customized development according to customer needs.

When we normally use idea to package the spring boot project, we will convert the editable. Java project into a jar package of non editable. class files. Although it is not editable, the jar package is actually visual. You can get the compiled code by copying and pasting, You can also decompile through some decompilation tools on the market, such as jad, and convert it into editable Java projects again. Imagine that the framework and algorithm in the project are hard written by a company. They were originally used to make money, but they were whored for nothing. Thank you!!! Therefore, jar package encryption is imperative!

The server system is Windows system

Use Xjar to encrypt jar package under Windows system:

Create a project to run the encryption conversion code, and introduce maven dependency into the pom file of the project:

Install all the way to next until the installation is completed

To configure the path variable:

The encrypted password is set by yourself, and the file path and name before and after encryption are modified by yourself

Change the jar package to a working project:

Enter the cmd command window in the encrypted folder, and use the go build xjar.go command to create the xjar.exe running file

Upload the xjar.exe file and the encrypted jar package to the same path in the server of windows system, and use this command to run normally.

Since many remote servers belong to Linux system, I'd like to add the encryption operation of jar package under Linux system.

The server system is Linux:

Here is a tutorial: Use xjar to encrypt the jar package and deploy it to the linux server_ Bright moon, xiaoshuihan - CSDN blog

For xjar encryption, we trace back to the source and find out the source code. We will find that the reason why we can't use Java jar to directly run the encrypted jar package is that you set the password during encryption, and the jar package will let you enter the correct password when running. If you enter the correct password, it can also run successfully directly. 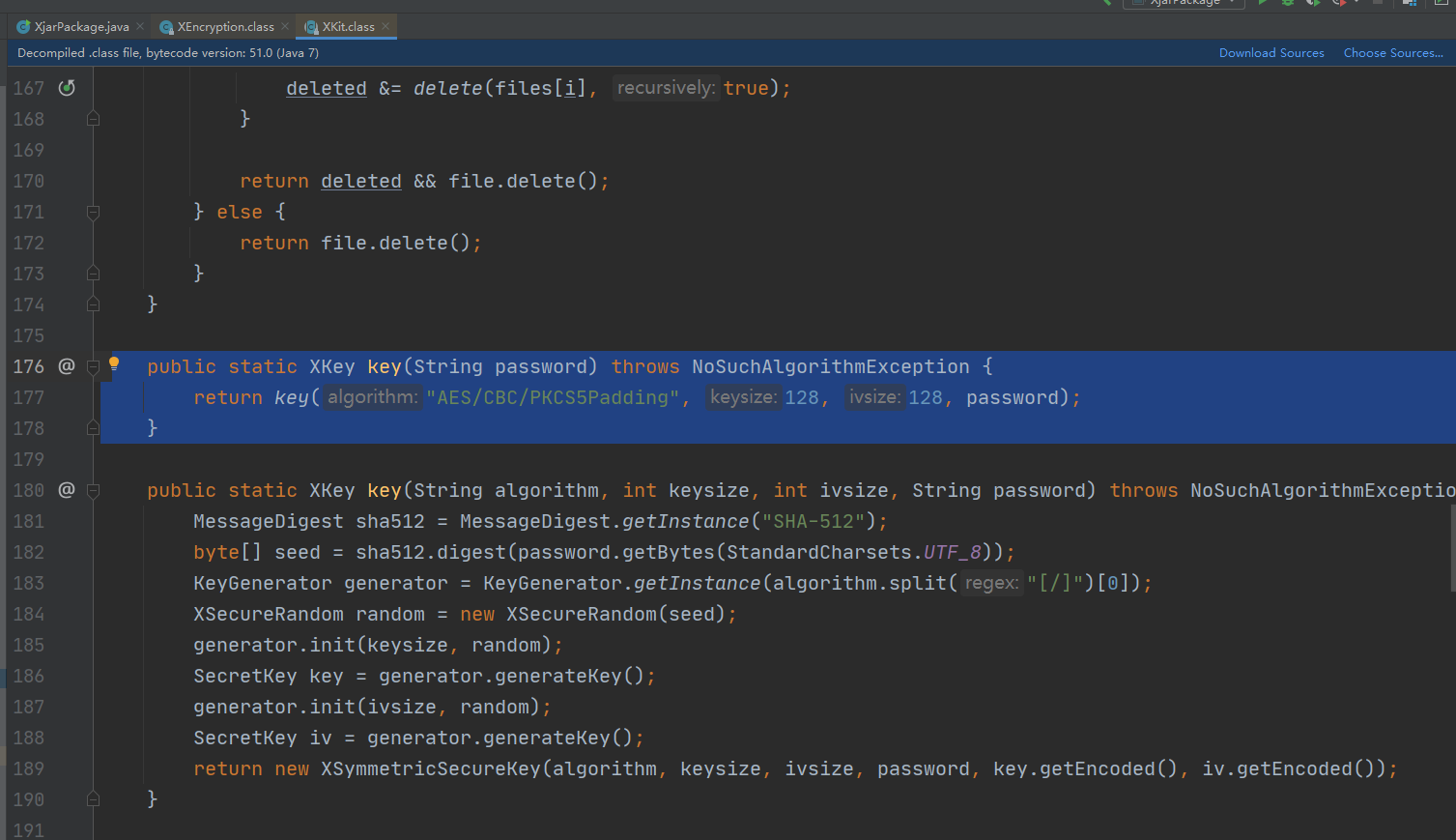 If you input these four parameters correctly, you can also run the jar package project correctly (the password I set here is 123) 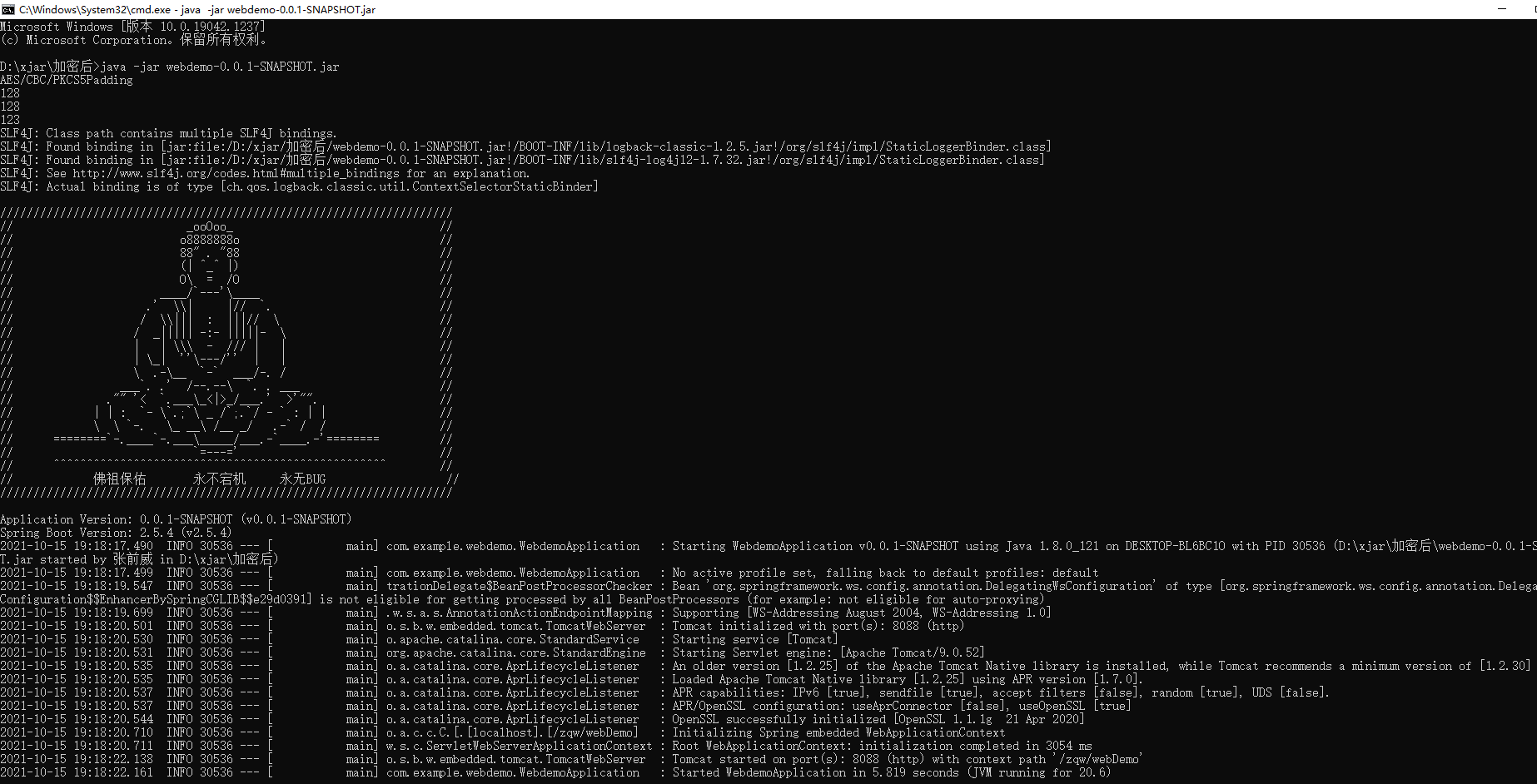 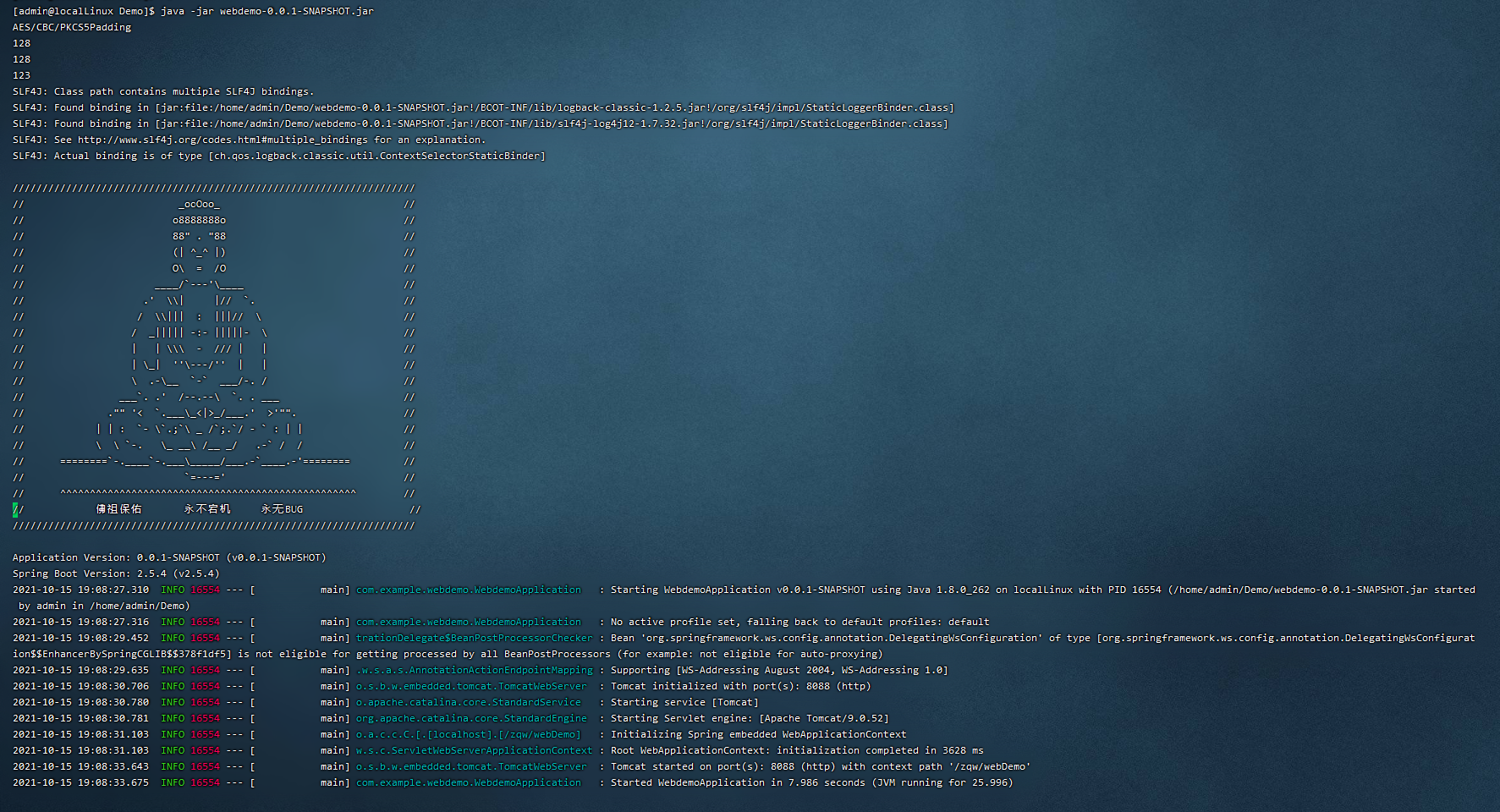 From this, I think that the ordinary compressed package can also set a password. You need to enter a password to view and decompress. What's the difference between the two? Can I also set the jar package to add a password like this, and let me enter the password when opening, viewing and running, which can actually achieve the purpose that we want to encrypt the jar package without leakage.

Although we can run the service in the background without hanging up, it is difficult to ensure that there will be power failure on the project site, so we need to set the service to start automatically.

The server is a Windows system:

The. xml file is a sample file for. exe, which can be downloaded according to the model of your computer

I modified the configuration file and renamed it winsw

Start the cmd window under this directory and enter     winsw install     The spring boot service can be changed to a system level service, which can be viewed in the task manager, started and stopped. Or use the command line:       net start/stop webDemo

Enter cmd to execute the command under this directory       winsw uninstall

The server is a Linux system:

Set startup and self startup: