Come and do two front-end interview questions when you are free. You are the next big man (summary)

❤️ Introduction: there is no lofty ideal. Just do what you like~

This issue finally ushers in the summary. This article is a little special. Some time ago, because the js code is not displayed in the form of pictures, the workload has become larger, and the effect is not very good. Therefore, it is planned to send it in the form of pictures later, and the interview questions in the next issue will be written in the test center of css/html.

First of all, we should understand what flattening means. As the name suggests, it is to reduce the complexity decoration, make the things themselves more concise and simple, and highlight the theme. That is to remove the redundant nesting. The recursive judgment condition is to end if it is not an array and throw out the answer, that is, a flattened array.

This problem involves the priority of assignment. a.x has higher priority than the assignment of equal sign, so a.x will be assigned as {n:2}, and then the pointer of a will be changed into {n:2}. Therefore, a.x originally has a value. If it is not found in the later assignment, it will output undefined.

The hasOwnProperty() method will return a Boolean value indicating whether there is a specified property (that is, whether there is a specified key) in the object's own property. At the same time, the property name in the object defaults to object rendering, so the first line should output true, and then the following has() Method indicates whether the Set object contains the specified value. If the specified value exists, it returns true; otherwise, it returns false.
After materialization, it will determine whether it is an object or a number, so the third line outputs false.

This question is not simple. As long as you know that the repetition of the object will be replaced, you will know the answer. There are not many pits, so the answer is output
{a: 'three', b: 'two'}

for loop needless to say, it's good to distinguish between break and continue here. Break is the end of the loop, and continue jumps out of this loop and will be executed next time. Therefore, 1, 2 and 4 should be output.

String is a built-in constructor for which we can add properties. I just added a method to its prototype. The original type string is automatically converted to a string object and generated by the string prototype function. Therefore, all strings (string objects) can access this method!

After learning js for so long, I've heard that capitalized initials are generally used as constructors, so the instanceof operator is used to detect whether the prototype attribute of the constructor appears on the prototype chain of an instance object.
So the answer is true;

This question is very classic. It can only be said that it is very simple after understanding. When there is setTimeout, you should understand that it is the next macro task, and then because it is a var variable, the i of all calls should be window.i=10, so the above code is printed 10 times.

Well, I have provided two methods above. In order to prove that I have no water article, I decided to write the fourth method. You can think about it yourself. Oh, this classic is not realized in these ways. 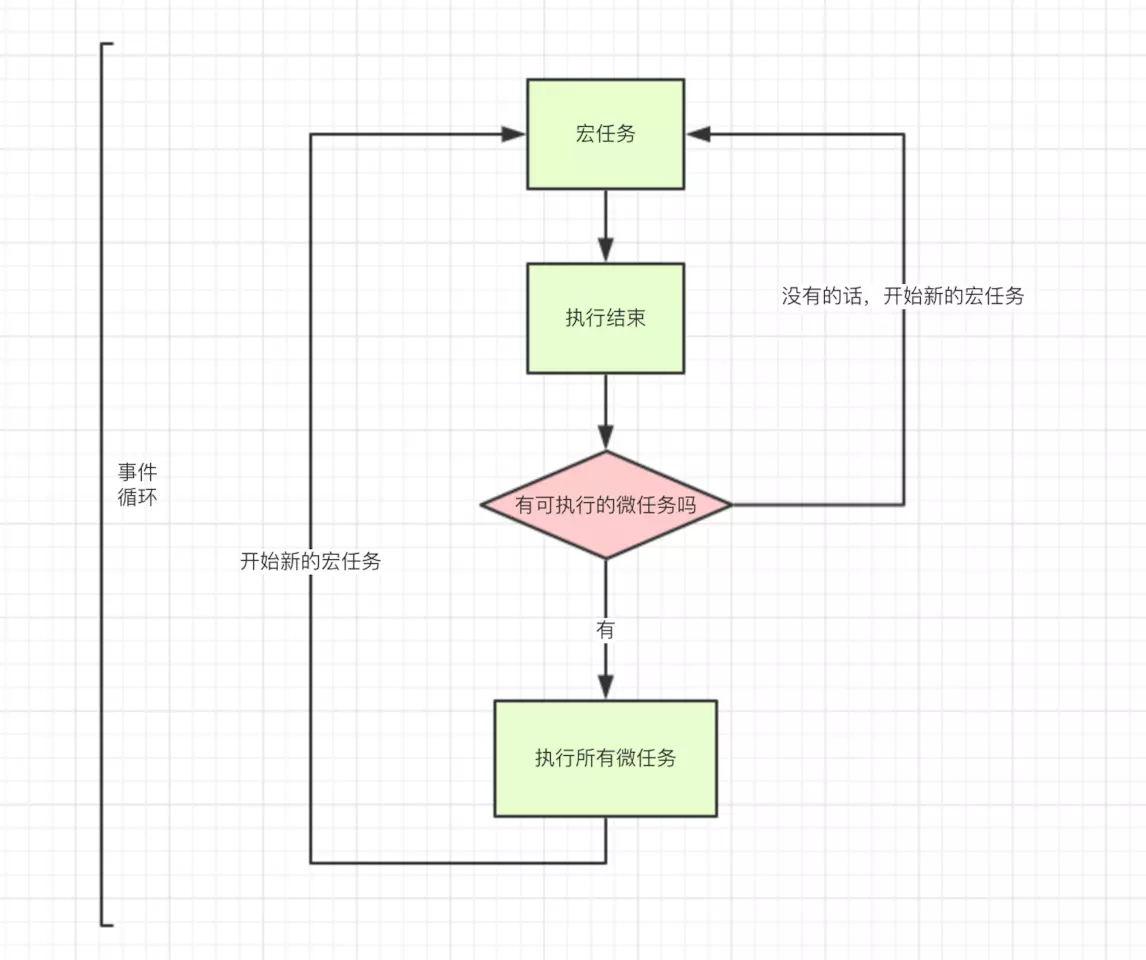 I don't know if my partner is right. First of all, we need to know the problem of this pointing. Through the problem, we find that there is only the difference between the arrow function and the normal function. It should be clear that this of the arrow function actually points to the parent scope, so this.a should point to a in this object, and the normal function will point to window.

This question needs to be careful. First, when we execute console.log, we will pass three values to the a function. However, note here that c=3 indicates that a block level scope is created independently, and then looking down, c=10. Well, some partners here should be misled. Will arguments really refer to c=10? The answer is wrong. In fact, when c independently creates a block level scope , arguments will not take this value, but take the passed value 1, 1, 1. Then a and b should be equal to 1, and c should be equal to 10

First, when a variable is in if, it will be converted into a Boolean value to judge whether it is true or false. Then, when a==true involves complex types, the comparison is that the pointer points to, and the difference is false, so the first value prints false. Looking back, if a var is defined in the immediate execution function, it can not be accessed outside the scope Yes, but b can be accessed. Because it is a global variable, the second and third values are 5 and [0], and a takes the value defined at the beginning.

First, this question examines the direction of this, so we can see that the function is executed directly by the object when the console outputs the first time, so the fullName output for the first time should point to the fullName of the parent prop, that is, c.
The second time is not to directly use the object to execute the function, so it should be translated into window.test(); Then the global fullName is a, so the answer comes out.

First of all, we need to know that there is () after the output, indicating that the function is to be executed. At this time, we find that f is actually global, so it should be window.f(). Then this of foo.bar should point to window. The attribute of bar cannot be found up, so we should output undefined.

There should be no problem with the output 12 of the add() function. The key lies in what is output by reduce. After careful observation, you will find that the arrow function is not a normal function. this of the arrow function points to the nearest parent. Looking up, there is only window. Therefore, window.a is undefined. Subtracting a non number will get NAN, right.

Let's talk about the understanding of css box model

Note that the immediate execution function here has a name. This question mainly investigates that the user-defined function with a name will create an object attribute value by default, and this attribute value is the function itself (it is read-only and cannot be modified), so the answer is to output this function

In fact, the problems of big factories are simple and difficult, and there are even test details. Just like the math test paper when I was young, multiple-choice questions always have points, right? So simple questions must be won, but they can't be taken lightly.
If you still don't understand the above questions, please refer to the problem-solving ideas to review, find out the omissions and fill the gaps. Finally, I wish you all can enter your ideal enterprise!

🥇 In this way, it is difficult to learn VSCode and write front-end code( ❤️ Carefully prepare the hyperactivity diagram. It is recommended to collect it~ ❤️)
🥈 Don't you know how to build a personal blog? Teach you how to use Wordpress to build a world that only belongs to you~
🥉 Preparations for Hexo (teach you how to build Node.js/Git environment by hand)