Key point: first, let's talk about the root cause of the problem.

1. Make sure that expect's dependent tcl is installed

2. Make sure expect is installed

Root cause of the problem: when executing the script, use #. File.exp instead of #. / file.exp. The problem is with the slash.

The second method uses relative path execution, such as. / mode

The third is to use the sh command to execute the format. The sh script name does not need the execution permission - x parameter (display the execution process)

The fourth way is to use the (space) script name without execution permission. a.sh

If expect in the case is executed by the fourth method (space), an error will be reported:

The second way is to execute relative paths.

Note: for ordinary bash shell, the above five execution methods can be used. expect is not so easy to use. The second method is preferred!

Special note: so far, the problem has been solved. You still have valuable time to continue. If you are busy, you can skip the following content! 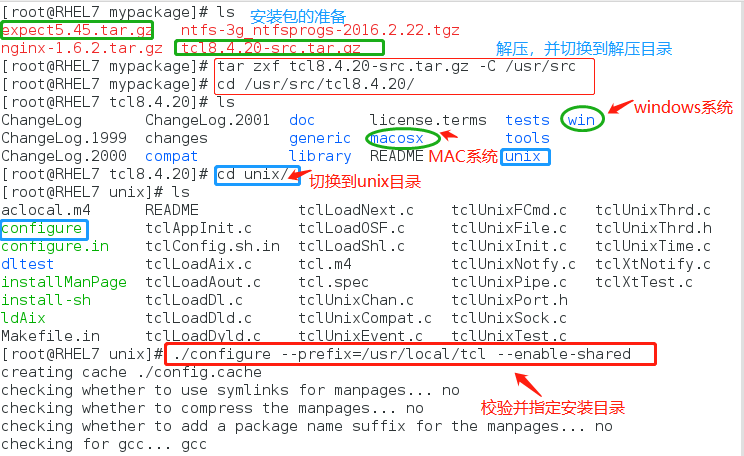 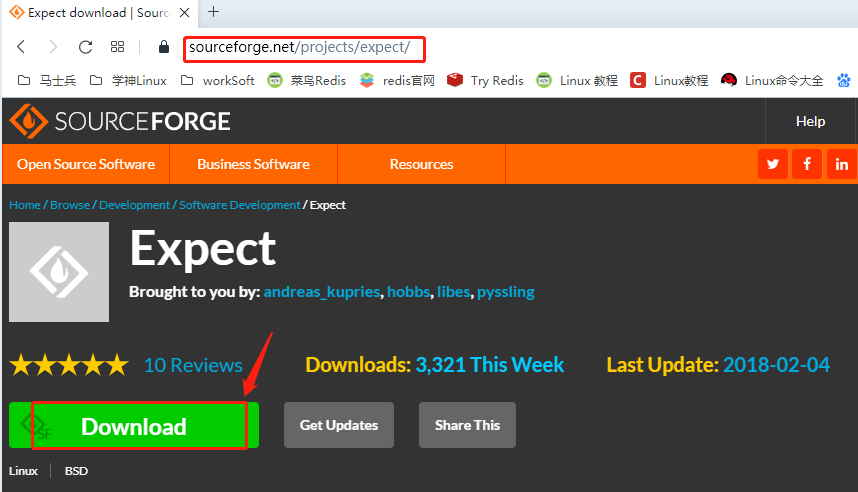 Note: prefix specifies the installation path; with adds support for tcl and specifies the address of tcl lib library; Refer to the tcl configuration file to associate the two.

2. Create a soft link for expect (easy to remember and use)

Note: the above is manual installation. Of course, you can also use yum to install. yum can automatically solve the dependency problem.
#yum -y install expect

#chmod +x ssh.exp add execution permission to the script
#. ssh.exp note: there is a space after the dot. This is the fourth execution method of the shell (expet is the wrong method)

It's this mistake. All kinds of questions can't find the right answer. This is a detailed question.

The execution of expect is different from that of bash shell in both syntax and execution mode.

When you run expect, you need to use the second method, which is executed by the current path #. /,

expect is an automated interactive suite, which is mainly used when executing commands and programs. The system requires the input of specified strings in the form of interaction to realize interactive communication.

3. In the case, each line of code is explained in detail

1. ［#!/usr/bin/expect］
This line tells the operating system which shell the code in the script uses to execute. In fact, expect here is similar to bash under linux and cmd under windows.
Note: this line needs to be in the first line of the script.

Set the timeout. Now you just remember that the timing unit is seconds

3. ［spawn ssh root@127.0.0.1］
Spawn is an internal command of expect that can be executed only after entering the expect environment. If expect is not installed or executed directly under the default SHELL, the spawn command cannot be found. So don't use commands like "which spawn" to find the spawn command.     Its main function is to add a SHELL to the ssh running process to pass interactive instructions.

5. ［send "root\r"］
Here is the interactive action, which is equivalent to the action of manually entering the password.
Warm tip: don't forget to add "\ r" at the end of the command string. If there is an abnormal waiting state, you can check it.

6. ［interact］
After execution, keep the interactive state and hand over the control to the console. At this time, you can operate manually. If there is no such sentence, you will exit after login, rather than stay on the remote terminal.

In expect, $argc represents the number of parameters, and the parameter values are stored in $argv,

For example, the first parameter is [lindex $argv 0], and so on.